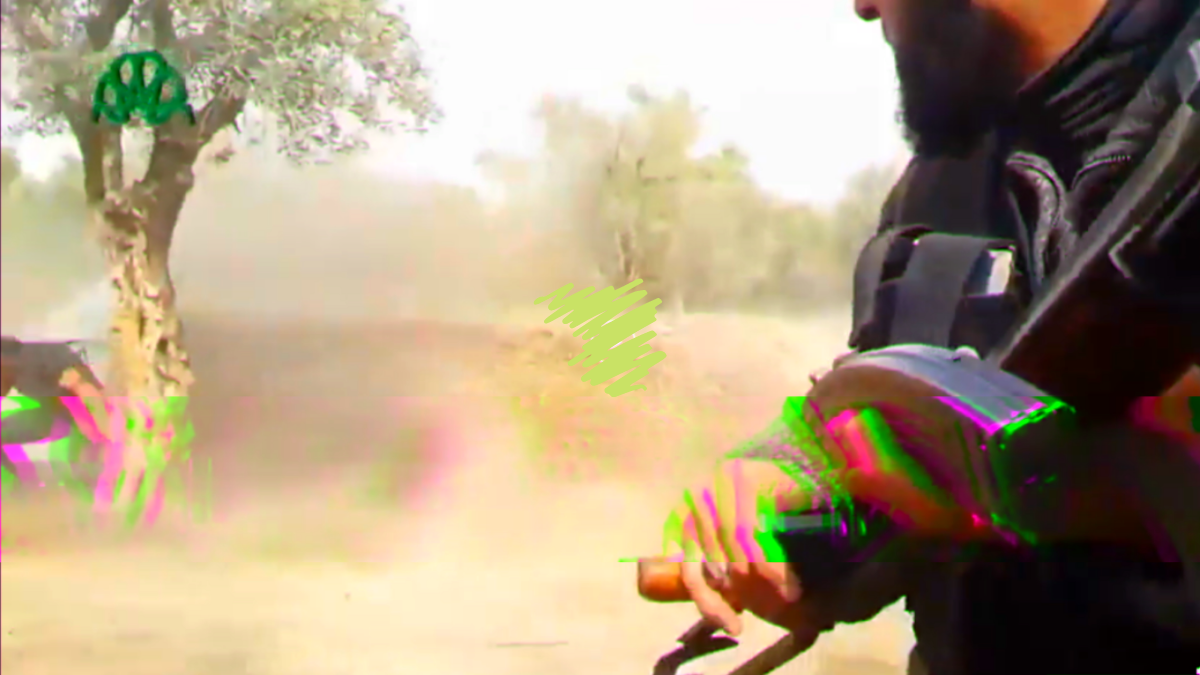 This piece of combat footage was filmed in Damascus, Syria, back in 2015. It shows fighters of the Free Syrian Army taking the surrender of what is said to be fighters of the Islamic State. Whilst the majority of the ISIS militants comply and pour out of the surrounded building with their hands in the air, one ISIS fanatic unleashes carnage by firing a barrage of assault rifle rounds into the surrounding FSA troops narrowly missing the FSA soldier closest to him.

The ISIS fighter was likely killed although we don’t see his body. The FSA fighters were lucky enough to avoid death in the barrage of bullets and the video rounds off with a parade of ISIS fighters being lead through away from the area as the carnage begins to subdue.

The Syrian civil war began in 2011 and continues to rage into its tenth year. The war in Syria is an ongoing multi-sided civil war in Syria being fought between the Ba’athist Syrian Arab Republic led by Syrian President Bashar al-Assad, along with domestic and foreign allies such as Iran and Russia, and various domestic and foreign forces opposing both the Syrian government and each other in varying combinations.

The Syrian Civil War erupted during the Arab Spring protests in 2011. Discontent with the long-reigning Assad regime turned into protests which were subsequently put down with violent force by the Assad regime. Shortly after, the discontent erupted into armed conflict and widespread carnage.

For related articles on the War in Syria, check out our following articles: