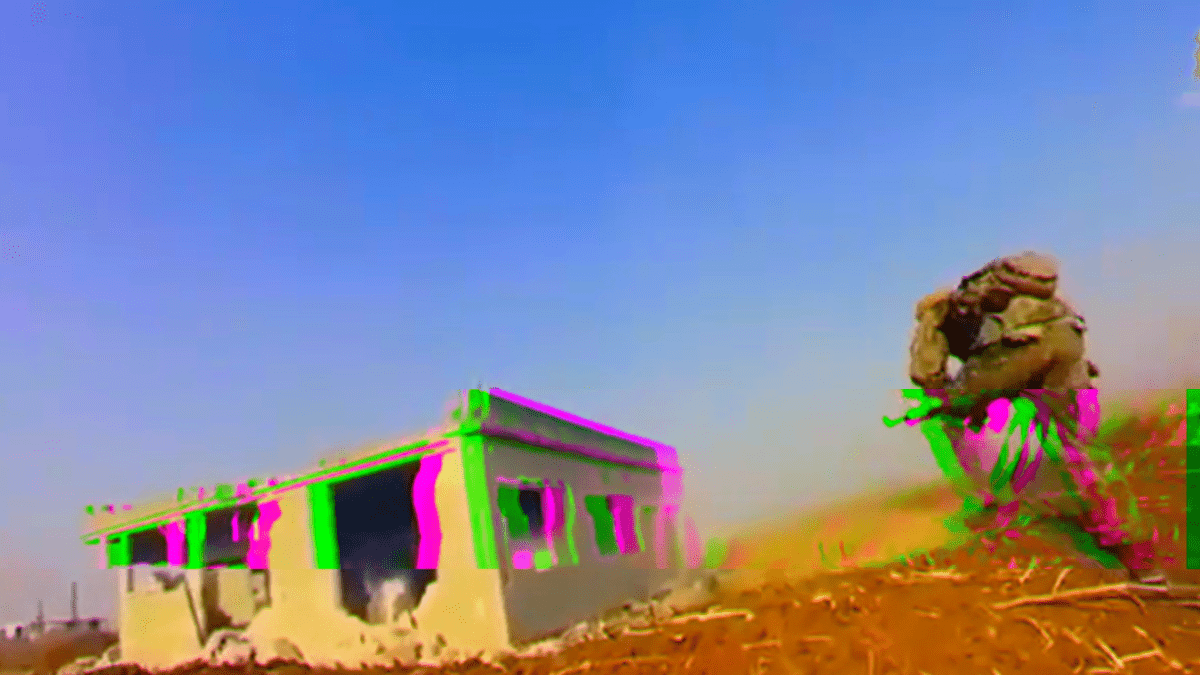 This gripping combat footage was filmed in the Syrian Civil War in 2015. It shows a soldier of the Syrian Arab Army (SAA) singlehandedly defending a war-torn hour from surrounding enemy fighters. Despite multiple rounds and explosions hitting his position, the SAA soldier puts up a valiant solitary defense in this intense footage.

The combat footage is filmed from the perspective of the fighters attacking the building. Throughout the video, multiple rounds stike the ground extremely close to the cameraman. If it was not for the dirt mound in front of him, the man filming would be swiss cheese.

Check out the intense scene at 2:20 into the video. As a fellow fighter makes an attempt to storm the house, the SAA soldier puts down rounds inches from the face of the man filming. Mud and pieces of rubble are blasted into his face as a result.

Interestingly, the fighter attacking the building is not Arab. The language he is speaking is Turkic and sounds like he is from Uzbekistan or one of the other Central Asian countries. It’s likely one of the many foreign fighters engaged in the ongoing war in Syria.

Uzbek fighters are a prominent feature of the Syrian conflict. For example, Uzbek Jihadist groups operated four training camps in Syria at the height of the conflict. In Idlib, over 70 Uzbek fighters were killed when a Turkistan Islamic Party site was hit by a missile.