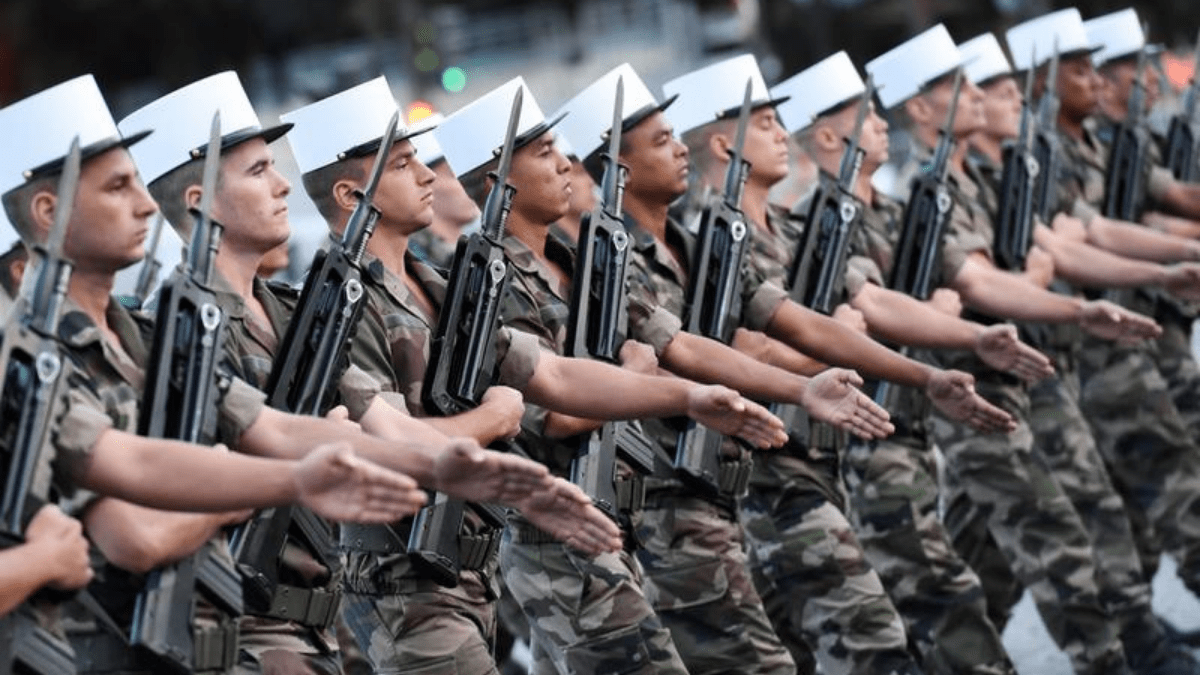 Since Reaper Feed began around a year ago, it has grown more rapidly than we could have ever predicted. Supporters of non-mainstream war reportage have been representing the Reaper Feed logo in various war-torn corners of the world from Chechnya to Libya. However, a few photos were submitted recently of Reaper Feed being represented by one of the most elite fighting forces on Earth: The French Foreign Legion!

The photo was sent in by an active soldier of the Legion who has been a follower of Reaper Feed since the early days of our organization. Positioned over an FN MAG 7.62 mm general-purpose machine gun, the Legionnaire is holding the iconic Reaper Feed patch we sell for people to represent us on their cap, body armor, or anywhere else that holds a patch! The photo was taken during a French Foreign Legion Training session somewhere in the field.

If for whatever reason you’re not clear on what the French Foreign Legion is, then here’s a quick history lesson: Known as Légion étrangère in French, the FFL was set up back in 1831 as a military service branch of the French Army. The Legion was open to non-French foreigners who desired to join the French military. However, it’s the only part of the French military where recruits pledge their allegiance to the Legion, not to France.

– The Motto of the French Foreign Legion

With Legion recruits coming from over 140 different countries, the organization is inherently unique and populated by various soldiers of different cultures, backgrounds, and languages. Only those with exceptional physical and mental determination pass the brutal French Foreign Legion training which is extremely challenging both psychologically and psychically.

Today, the elite fighting force numbers around 8,000 legionnaires. It’s the French army’s preferred unit for overseas deployments and the Foreign Legion is in action in places such as the Ivory Coast, Afghanistan, Chad, and Northern Mali conflict. Current numbers of soldiers

It’s not every day we get to see our logo being represented by one of the most elite and historically rich fighting regiments in the world. So thank you from all of the Reaper Feed team, lads!