Home US & NATO The Downing of the F-117A Nighthawk 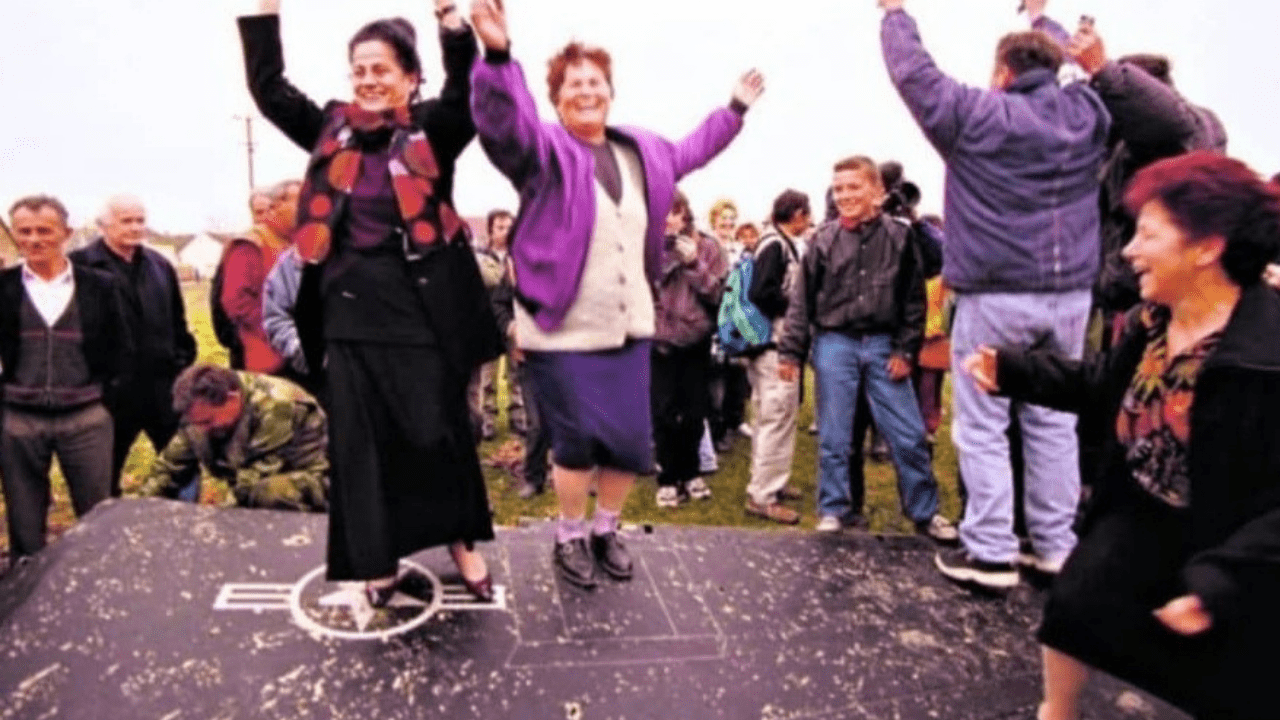 Throughout the horror of the wars in Yugoslavia, many incidents that took place that were often too horrific, or bizarre, to even believe they happened. The following story is one of the latter. It’s the story of how, on this day, the U.S. F-117A Nighthawk was shot down by a Yugoslav anti-air system.

The Lockheed F-117 Nighthawk is a semi-retired American single-seat, twin-engine stealth attack aircraft that was developed by Lockheed’s secretive Skunk Works division and operated by the United States Air Force (USAF). It was the first operational aircraft to be designed around stealth technology.

Before its deployment in the skies over the Federal Republic of Yugoslavia, the aircraft was successfully used in the invasion of Panama but its first True combat deployment was during the Gulf War. By some accounts, it scored over 1000 direct hits on various targets, although these numbers were said to be purposely overstated.

In late March 1997, the bombing campaign against the Federal Republic of Yugoslavia was well underway, and the F-117A was actively launching strikes since day one of the operation.

The aircraft was identified by a fire control radar at a distance of 13 km and an altitude of 8 km. SA-3s were then launched by a Yugoslav version of the Soviet Isayev S-125 “Neva” (NATO name SA-3 “Goa”) anti-aircraft missile system.

The launcher was run by the 3rd Battalion of the 250th Air Defence Missile Brigade under the command of Colonel Zoltán Dani. After the explosion, the F-117A aircraft became uncontrollable, forcing the pilot Dale Zelko code-named Vega 31 to eject.

In the official story, the pilot was rescued by a marine pararescue team with one MH-60 and two MH-53 helicopters that also had an additional fighter escort. However, some modern Serbian historians claim that there was a small chance that the pararescue team couldn’t have easily reached the pilot.

After the pilot ejected he found himself in the area around the village of Budjanovci in Srem in the autonomous province of Vojvodina. As soon as the official confirmation that the aircraft was shot down in this area was received, local military police forces and regular Infantry forces stationed nearby began a manhunt for the pilot.

This was because the air defense of the Yugoslav Army was on an even higher state of alert as a result of the downing, some even say that the pilot was captured and later traded in secret for POWs but this was never confirmed and went against the statement made by both the DOD and the Yugoslav general staff.

The Legacy of the Downing of F-117A

The downing of the F-117A became a National symbol of Serbian pride and its perseverance in spite of a greater and more powerful enemy. The incident spawned the slogan ”Sorry, we didn’t know it was invisible” on account of the aircraft’s stealth capabilities being contradicted by the shooting down of the F-117A.

The first thing that the villagers did when they found the broken wing of the nighthawk was to dance a traditional Serbian kolo over it, also in the months following the downing the villagers scavenged so much of the plane that some even decorated their homes with bits and pieces of the plane.

Interestingly, the pilot of the F117A Nighthawk ended up becoming very good friends with the man who shot down the plane, according to Military.com.