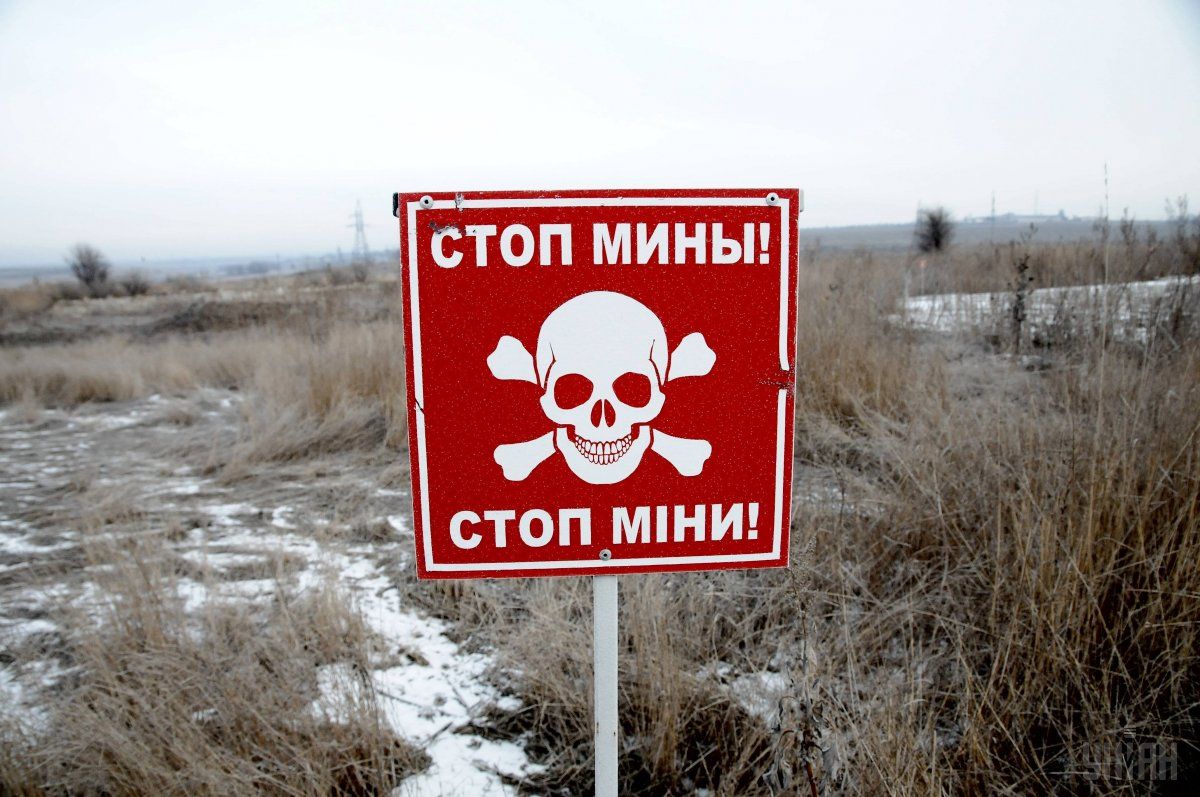 The War in Ukraine is a conflict that has been captured widely on GoPro cameras, many of them cheap Chinese knockoffs that are bought online and strapped to the helmets and plate carriers of fighters on both the Ukrainian government and the Separatist side.

This video shows the deadly moment captured on a Ukrainian soldier’s GoPro style camera as he steps on a landmine whilst running through a forest during a firefight near the town of Zaytsevo on the 13th of July 2020. The footage was later captured by separatist fighters of the Donetsk People’s Army who found the camera still running.

The War in the Donbass region of Eastern Ukraine has been raging for over 5 years now. It is a largely conventional armed conflict between Ukrainian government forces and Russia-backed separatist militias. The war has killed over 13,000 people and injured and displaced thousands more.

Ukraine ranks third in the world for mine-related casualties, behind Afghanistan and Syria.

Grim statistics from the conflict show that over 1,600 of these people died or were brutally injured due to unexploded ordnance (UXO) or landmines. As we write this, it’s estimated that over 2 million civilians, including 220,000 children, live at or in close proximity to territory littered with unexploded ordnance and both anti-vehicle and anti-personnel landmines. Rural areas are particularly affected by the threat of mines as well as areas adjacent to roads and civilian areas, with next to no warning signs in place.

Whilst the unfortunate soldier in the GoPro footage died instantly. Anti-personnel mines are largely designed to gruesomely maim rather than kill. This is in order to draw resources to wounded enemy soldiers and increase the logistical support required by enemy forces that encounter them. The following testimony of a landmine survivor from the War in Donbass was provided by the UN Refugee Agency (UNHCR):

Sheltering in the basement of his family home in eastern Ukraine, 71-year-old Volodymyr Zayika, 71, was in the dark. The shelling had severed the electricity supply. Venturing out to check on some electrical wires, he felt his foot snag on a wire. “There was a flash,” he recalls. “Something hissed on my right. Then there was a blast.” Volodymyr came to on the ground, lying in a cloud of smoke and covered in blood. Later, he learned he had stepped on a tripwire and received wounds to his head, groin, and chest, as well as his leg and shoulder. Two local men put him on a vegetable cart and pulled him to the nearest checkpoint, where he was driven to a hospital in Toretsk.

Despite both sides in the War in Ukraine sporadically carrying out mine clearance, the overall number of mines is unlikely to decrease due to the regular deployment of new ones. According to the Green Political Foundation, acting Ukrainian legislation also creates additional bureaucratic barriers, as it restricts significantly international organizations from actual mine clearance operations.

Reaper Feed was operational in covering the conflict in Ukraine as early as this year. You can read about our road trip along the so-called Road of Death where we avoided an array of landmines and unexploded ordnance that litters each side of the highway between Mariupol and Donetsk. Interestingly, the neo-Nazi mercenary we encountered during that trip was also fitted with an action cam with the obvious intention of capturing his own GoPro footage of wartime exploits.

Background of the War in Ukraine

In 2014 as the pro-Western Euromaidan revolution swept across Kyiv and wider Ukraine, the government led by Viktor Yanukovych collapsed. In contrast to the Euromaidan protests, pro-Russian protests in the south-eastern regions of Ukraine, particularly the Donetsk and Lugansk regions. These soon escalated into full-blown separatist movements

Some of the most infamous battles took place at the recently built Donetsk Airport and the city of Debaltseve. In a vain effort to stop the carnage a new agreement was drawn up in February 2015 called Minsk II. After it was signed, separatist forces launched a mass assault on the strategic city of Debaltseve and pushed Ukrainian forces out. Since then, the war has ground to a stalemate with people still being killed every month. Various international fighters have become involved on both sides.