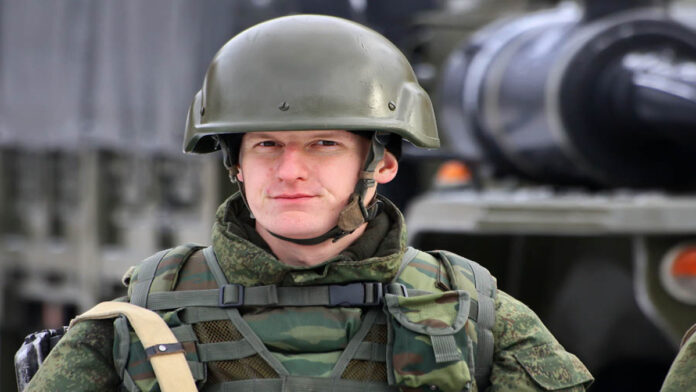 Here is an interesting review of Russian helmet that I found.
have gathered from an actual current Russian army soldier.

This material is now availiable on our YouTube channel

Many people believe that the acronym stands for steel helmet, not Sergay Shoigu as one might
think. This used to be the main helmet of “the people’s militia” (forcefully mobilized citizens of the Donetsk and Luhansk areas).

Since the beginning of full scale mobilization in Russia itself, most of the so-called “mobiks,” aka mobilized received these russian helmets. This is no surprise, as millions of these helmets were produced in the Soviet era, so it is unlikely that the war will last for long enough to run out of them.
Overall, it is a sh*t helmet for the XXI century. It can be successfully used to dig a trench or cook supper in it. Sometimes it will prevent your head from being smashed by debris and microshrapnel. So the only advantage of the helmet is that it is better than having nothing at all.

These helmets were introduced to the army in the early 2000s. made from aramid fabric, and quite comfortable. However, being produced in small numbers, it is nearly impossible to obtain this russian helmet in sufficient quantities, so their application is limited.

6B47, aka “the Ratnik helmet,” used to be an overall perfect helmet at its early iterations. It used to have really good characteristics when it was produced in the 2010s same or similar to most NATO kevlar helmets. As far as I understand, at the aramid fabric was impregnated with phenol-formaldehyde resin at this time.
Because of it, the helmet would become heavier but more rigid. Early iterations of these helmets manage to stop shrapnel and pistol bullets, and if you are lucky With the angle of the impact, it can even deflect a rifle bullet.

After the “innovation,”  when the phenol-formaldehyde stage was dropped, the helmet didn’t necessarily lose its bullet-stopping abilities. However, as may be seen on many videos on the web, the helmet became much more vulnerable to deformation. This means that shrapnel or a bullet will deform the helmet sufficiently to crack the skull, so the penetration wouldn’t even matter at this point.

It is unclear when these helmets became “softer,”  but it seems that this production stage was dropped before the big war started. And this is quite ironic, as Russian industry managed to screw up even this cheap and reliable helmet. Anyhow, this russian helmet is still better than a steel helmet, so hold on to it if you were lucky enough to receive it.

PS: A lot of people are searching for some other harness, thinking that this will increase their survivability after impact. I personally think that using the original harness is better.

These are usually bought from AliExpress or a similar platform. can be made from aramid or UHMW (ultra-high molecular weight polyethylene). Chinese-made UHMW Helmets are not recommended because of the incredibly high deformation on impact. Note that they still offer better protection than Soviet steel helmets. The aramid helmets from China are not bad. Well, it can be. Make sure that you shoot one from each shipment for testing.

On top of that, make sure that you get a copy of the PASGT or MICH helmet, OpsCore is not designed for this war—the the usage of artillery is insane; you need maximum protection.
Also note that you can mistake an airsoft helmet for a real one when dealing with
with Chinese products.

Kolpak-20 – the most russian helmet

This is a fantastic invention by a fantastic NPO SM. I honestly don’t understand how these people are not prosecuted for fraud. Anyway, to make a Kolpak-20, you take the legendary SsH-68 helmet, put some aramid on top, place the night vision goggles attachment (like if army had any to issue), put some comforting pads inside—and here you go, a modern
helmet.

The “producer” claims that it can stop a pistol round. Well, really I hope that he will have a chance to test it one day.
Anyhow, this helmet is probably still better than the regular SsH-68 helmet. But it is so heavy that it becomes almost useless under current conditions when you need to have your helmet on at all times.

Another option is to say, “Well, I don’t need a fckn helmet, I found one in Syria.”
and it was all right.” All I can say is best of luck!

More on this topic:
War in Ukraine takes WW1 forms
Ukrainian soldiers training in UK – an interview with a recruit
Fake Fast Food Restaurants in Chechnya