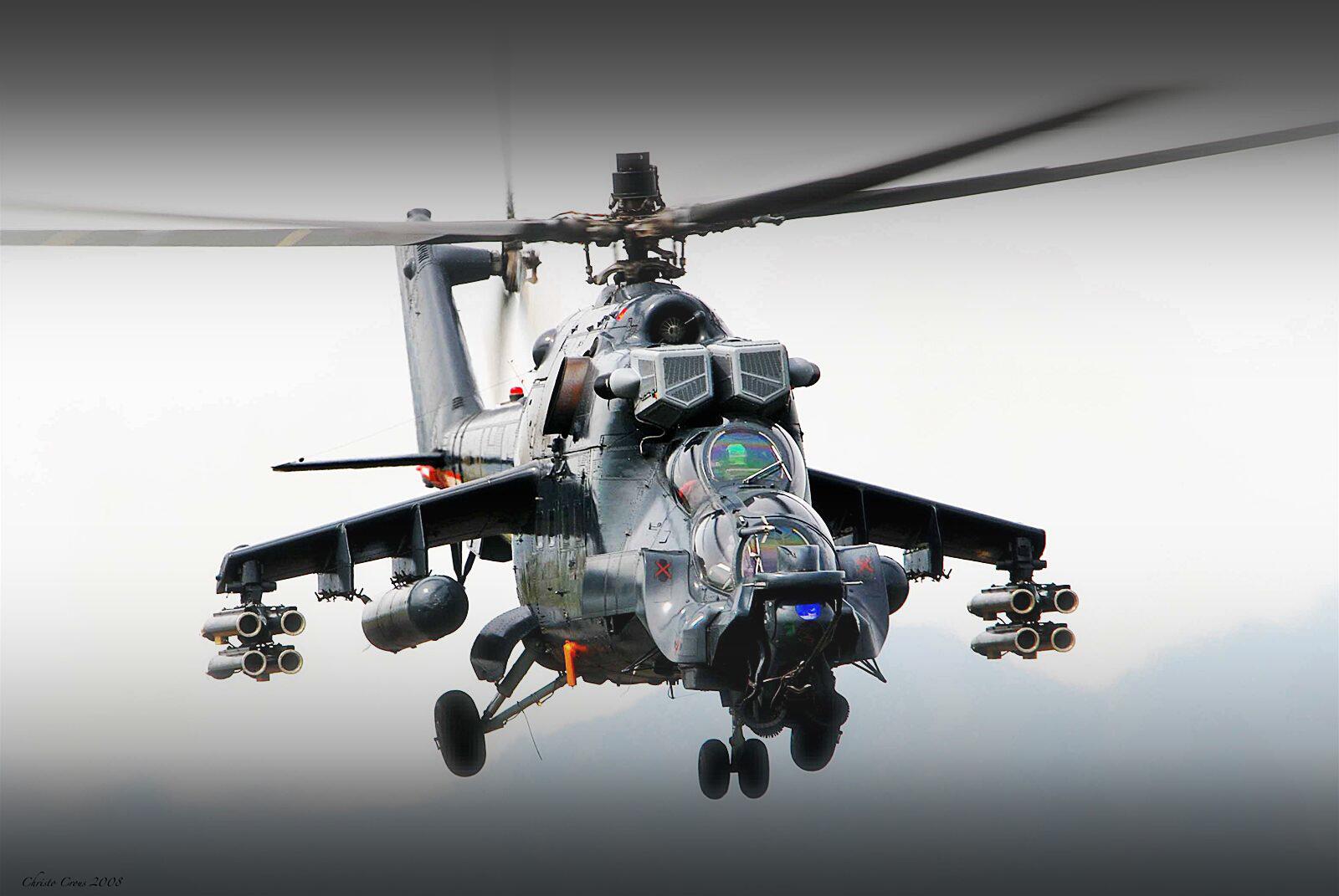 Alongside Western helicopters like the Chinook and the Apache, the Soviet- Russian made Mi-24 is one of the most easily recognizable helicopters in the world. During the early 1960s, the Soviet armed forces command monitored the growing trend of battlefield mobility by rival nations. It was only a matter of time before this would result in the adaption of airborne infantry fighting vehicles, and the Soviets wanted to get there first.

Introduced in 1972, the Mi-24 became the featured gunship, attack helicopter and low-capacity troop transport of choice in combat zones around the world. From Afghanistan during the Soviet-Afghan war to Chechnya in the dark days during the collapse of the USSR.

Today, the model is in use by over 50 global air forces who operate various versions of the helicopter for humanitarian roles or to engage the nations enemies. Naturally, not all air forces want identical helicopters to each other so there is a huge global market for Mi-24 upgrades and conversion kits mostly offered by defense companies in Russia, Israel, France, Poland, and the Czech Republic.

However, what was easily the most successful upgrades of Mi-24 in history was launched by a company called Advanced Technologies and Engineering. This South African company created a Super Hind upgrade which resulted in spectacular modifications to the original airframe.

Spokesmen for ATE explained that the South African conversion kit, known as ”SuperHind”, is fitted with a new integrated navigation and weapons suite, driven by a powerful mission computer. The aircraft controls and systems are unchanged. The helicopter boasts the capability to find and destroy all conventional targets by day and night and using built-in night vision equipment which makes it perfect for a night exchange with enemy ground forces.

Super Hinds are built around core digital systems that integrate flight, sensor, and combat systems together. Sensors aboard the Super Hind include a FLIR Pod and TV camera. Sensor data is displayed on tv screens.

For an article on the experience of flying this Super Hind, check out the lowdown on Defence Aerospace. For more groundbreaking articles on military tech and weapons from around the world, check out related Reaper Feed articles in our Weapons and Tech department!