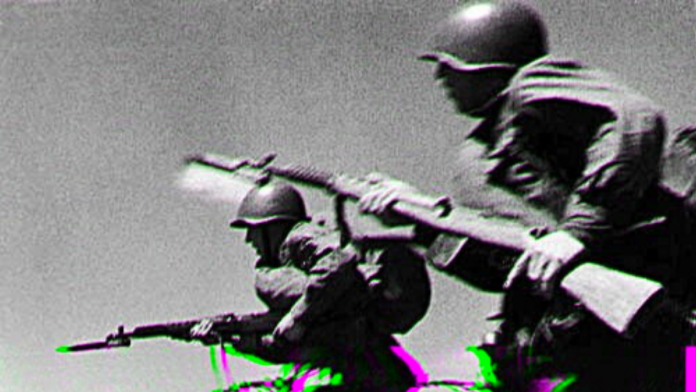 At Reaper Feed, we put great stock into the testimony of veterans who have fought in conflicts both past and present. Their experiences are an invaluable insight into understanding modern warfare. In this article, we present a jaw-dropping testimony from a Soviet WWII veteran as he relays his first hand to hand combat experience with a 6 foot 5 German soldier.

A broken jaw being smashed back into place with a punch from his comrade, a bayonet being thrust into someone so hard the rifle sights disappeared into the body, and a boy’s innocence stolen in the horror of war. This story presents the reality of hand to hand combat.

The image that the veterans story puts in your head is certainly a strong one. One of the most striking parts of the story, in my opinion, is his description of the 6 foot 5 German assailant. He describes him as foaming at the mouth and possibly drunk. However, the German’s behavior is likely due to a reason for more sinister than alcohol.

On the 1st of September 1939, WW2 began with the Nazi invasion of Poland. The Germans implemented the Blitzkreig or lightning War strategy. This consisted of offensive warfare that aimed to deal a rapid, focused blow upon the enemy. To do so they utilized mobile, maneuverable forces which incorporated tanks, infantry, air support. If succesful, Blitzkreig ideally leads to a quick victory which limits the losses of the German forces.

At the time, Blitzkrieg was simply revolutionary and had never been seen before on such a large scale. To carry it out succesfully, German soldiers required some serious motivation in order to storm enemy troops at lightning speed in the face of incoming machine gun and artillery fire, with little care for their own safety.

To do this, many of the German forces were issued with military-grade pills called Pervitin. This was a drug made from methamphetamine and a cocaine-like stimulant. The Pervitin drug brought together the effects of amphetamine which consist of confidence, enhanced concentration, and the ability to take great risks with little care whilst limiting pain, hunger, and the desire to sleep.

The effects of the Cocaine were intended to work together with amphetamine as well as provide a heightened sense of euphoria on the battlefield. However, this is a potent mix and when the Soviet Red Army began to strangle the Nazi regime in their push West, the embattled German forces began to rely heavier on drugs like Pervitin.

Thus, it’s likely that the German soldier who fell to the gruesome bayonet charge of the Soviet soldier relaying his experience of hand to hand combat in the video was among the many German soldiers who were taking the drug.

For a methamphetamine story beyond belief, check out our article on Aimo Koivunen who we nicknamed the Crystal Meth Rambo of Finland for his jaw-dropping battlefield escapades whilst high on 30x the dosage of Pervitin. Making him Finland’s first and last military-grade meth head.