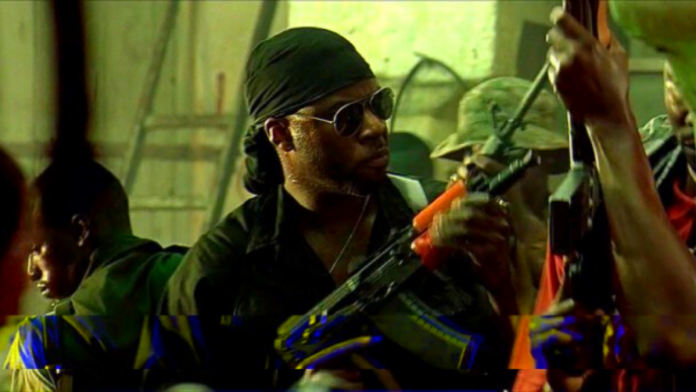 Over the past week during an epic road trip across Bulgaria, I got to play with a lot of guns and even stay in the hotel that hosted Mikhail Kalashnikov in the gun making capital of Bulgaria! During the trip, a topic was brought up regarding countries with no gun laws.

This was a topic that I thought would make a great Reaper Feed article, so here are the top 5 countries with no gun laws or laws so weak that gun ownership is uninhibited!

The following countries made it onto the list on account of how lawlessness or sheer lack of control means gun ownership simply cancels out any laws that exist if they even do. To avoid disappointment before reading, none of these countries is a suitable option for gun enthusiasts living in tightly regulated countries or states to become an ex-pat in. Trust me.

We’ve all seen that iconic scene at the beginning of Black Hawk Down when Eric Bana is sitting undercover in downtown Mogadishu only to be disturbed from his traditional tea by locals test firing Kalashnikovs at a nearby gun stall which is promptly looted when shit hits the fan. Well, not much has changed in Somalia.

In 1986, Somalia descended into an all-out civil war that saw famine and urban warfare take the lives of thousands of people. In 2006, the capital city of Mogadishu fell to the Transitional Federal Government (TFG) who set about trying to disarm the countless warlords, militias, and armed irregular groups.

Although this disarmament campaign yielded some results and netted a substantial amount of weapons, Toyota technicals, and other military equipment, the private ownership of firearms in Somalia has only grown since.

Between 2007 and 2017, it’s estimated that private firearm ownership in Somalia has expanded by 395,000. For a population of just 15 million, that’s a lot of firearms. The general instability and constant war that Somalia faces means any local gun laws have very little authority here.

We’ve all seen the video from Dara Adam Khel with Pakistani made weapons being sold casually by a variety of highly skilled Pakistani gunsmiths. Although the security situation in Pakistan has improved massively in recent years, the tribal territories where the infamous gun bazaar is located is still fairly wild.

It’s estimated that almost 44 million firearms are in private possession amongst civilians in Pakistan. Automatic weapons are prohibited by law and handguns require a license. But you only have to spend a few minutes in Dara Adam Khel to see local Pakistanis test firing automatic Kalashnikovs and other assault rifles to know that the law is ”flexible” here.

Ok, technically it isn’t a country, but rather a territory unclaimed by any other country in the world apart from micronations and people like the Street Food Guy who wandered in there to plant a flag only to get kidnapped by Bedouin tribesmen with fairly brand new AK-101 and AK-74 assault rifles.

Thus, with no recognized state laying claim to it, there are literally no gun laws in the African no-mans-land of Bir Tawil. The gold mining tribe who live there, and who aren’t keen on visitors, are free to carry as many Russian assault rifles as much as they like!

Under the reign of Saddam Hussein, firearm ownership in Iraq was heavily regulated and required permission and a license from the government. However, after the invasion of Iraq in 2003 and the subsequent collapse of the Saddam regime, many of the weapons arsenals across Iraq were looted. This was followed by all-out carnage and the illegal trade of firearms in Iraq flourished.

Since 2003, Iraq has been plagued by instability and war especially with the rise of ISIS. In recent years, the Iraqi government has made futile efforts to stem illicit guns in civilian hands. Despite this, in 2017 Gun Policy estimated that over 7,500,000 firearms were still in civilian hands across Iraq. That’s just under 20 guns per 100 citizens.

Currently, Iraqi firearms laws allow the country’s citizens to own firearms for self-defense and hunting. Weapons ranging from old Soviet stock and beat up US-surplus weapons to crisp AK-101s and Sig p365 SAS have been seen for sale on various Iraqi Facebook gun groups. Naturally, these Facebook gun sales are largely done under the table so any laws and regulations are largely disregarded.

Taking the place at number one on our list of countries with no gun laws is the war-torn state of Yemen. After the United States, Yemen is the most heavily armed nation on earth with a jaw-dropping 15 million firearms in circulation. That’s 62 firearms for every 100 citizens.

You may be familiar with the traditional Jambiya dagger carried by Yemeni tribal members after we shared the image of a tactical vest being worn with a Jambiya incorporated into it. For centuries, this was the preferred weapon of the Yemeni people.

Up until around the middle of the 20th Century, the use of weapons like the Jambiya and hunting rifles in the country was regulated by ancient and respected tribal laws of Yemen. However, the country was later flooded with modern firearms that forced the tribal laws to become defunct. With the introduction of the Kalashnikov, tribal honor codes and chivalry were crushed under a new gun culture.

In 2007, due to the proliferation of weapons in the country, the government of Yemen cracked down on private weapons ownership and confiscated over 700,000 unlicensed firearms across Yemen and forced many of the various unregulated gun stores to close.

In 2015, a civil war erupted in Yemen leading to large swaths of the country falling under the control of warlords and rebel factions. In turn, this meant that almost all of the previously confiscated weapons fell back into circulation.

Thus today, the buying and carrying of firearms in Yemen are completely unlicensed. There are some restrictions towards carrying assault rifles in cities but in the rural areas anything goes and this is where over 65% of the population live. Naturally, gun safety isn’t adequate in Yemen and each year sees various deaths as a result of celebratory gunfire at weddings and other events.