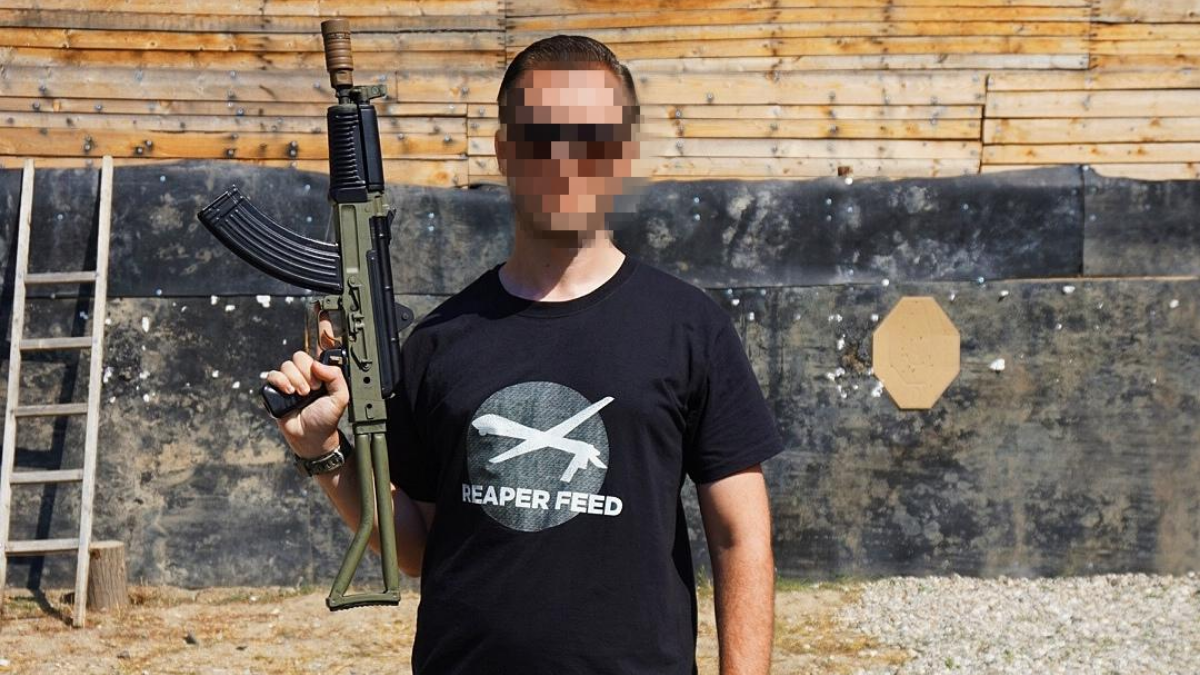 As you’re probably aware, I’m now based in the Balkan country of Bulgaria for the foreseeable future with my full-time job. I’ve been starved of any form of travel for the last few months as a result of coronavirus, so I headed across Bulgaria on a road trip that took in the arms manufacturing town of Kazanlak where the iconic Bulgarian Kalashnikov is made. But it was in the city of Plovdiv where I was finally able to get hands-on with Bulgarian AK and let off some rounds. All thanks to the fantastic team at Tactical Performance Center 360.

Tactical Performance Center 360 was recommended to me by a colleague who had recently completed a private military training course there. He told me they had a range of private military training and weapons on offer, including the rather elusive Krinkov which is easily one of my favorite weapons and an icon of the Cold War. I contacted them on Facebook and arranged an appointment with ease through a woman named Petya, the company representative who speaks Bulgarian and English, the world’s language for business.

The training center is located in the beautiful Bulgarian countryside about 20 minutes drive from the city of Plovdiv and is easily reachable by car or taxi. On arrival, we were greeted by the friendly and helpful Petya who welcomed us into the armory that had everything from Dragunov sniper rifles and AK47 to P365 SAS and M4 assault rifles. My eyes, however, were fixed firmly on the Krinkov.

Aside from the US-made weapons and an array of Russian AK parts, the bulk of firearms owned by Tactical Performance Center 360 originate from the Bulgarian Arsenal plant that I also visited on this road trip. The Krinkov in question was also made there but had been given a custom paint job over its factory standard black. There was even a Makarov with a custom paint job.

After taking our IDs and signing off on our ammunition, Petya led us to one of the various shooting ranges that Tactical Performance Center 360 is home to. This place is seriously big and well equipped to train international ex-military in close protection, weapons competency, or private security in hostile environments. After a quick safety brief, we let rip on the targets.

Mikhail Kalashnikov himself attested to the workmanship of Bulgarian Kalashnikovs and classed them as the best variant of the AK outside of Russia. The King wasn’t wrong. The Bulgarian Krinkov shoots like a dream, is accurate, and seriously aesthetic. Especially with the custom paintwork that the Tactical Performance Centre 360 team put on it and the Galil style stock which I loved.

As I was traveling with a female friend who had never shot before, we decided to give her some range time and get hands on with a .22 M4 rifle and a 9mm Glock 19. In contrast to other shooting ranges I’ve visited in Eastern Europe, which are often run by burly guys with zero tolerance for beginners, Tactical Performance Center 360 was extremely professional. Petya had great patience with beginners and could relate woman-to-woman to ensure a positive and enjoyable shooting experience for a first-timer, which is exactly what is needed for new shooters in my opinion.

“From Beginner to Operator”

As we rounded off our trip to the training center, we calculated what we owed and were in shock at the price. A 7.62mm Kalashnikov round, of which I fired 60 when I was hands-on with the Bulgarian Krinkov as well as an Arsenal AK47, was just 75 Stotinka / 0.45 USD! With the ammo prices in the US rising shockingly fast as can be seen on Buds Guns it’s not hard to see that Bulgaria is the place to be for shooting!

We highly recommend Tactical Performance Center 360 for military training, room clearing, target practice, or just shooting for fun and getting hands on with a variety of weapons. Plovdiv is only a short drive from the Bulgarian capital of Sofia and is easily reached by car, bus, or train. To set up an appointment with Tactical Performance Center 360, simply drop them a message on Facebook and arrange a time slot to visit.