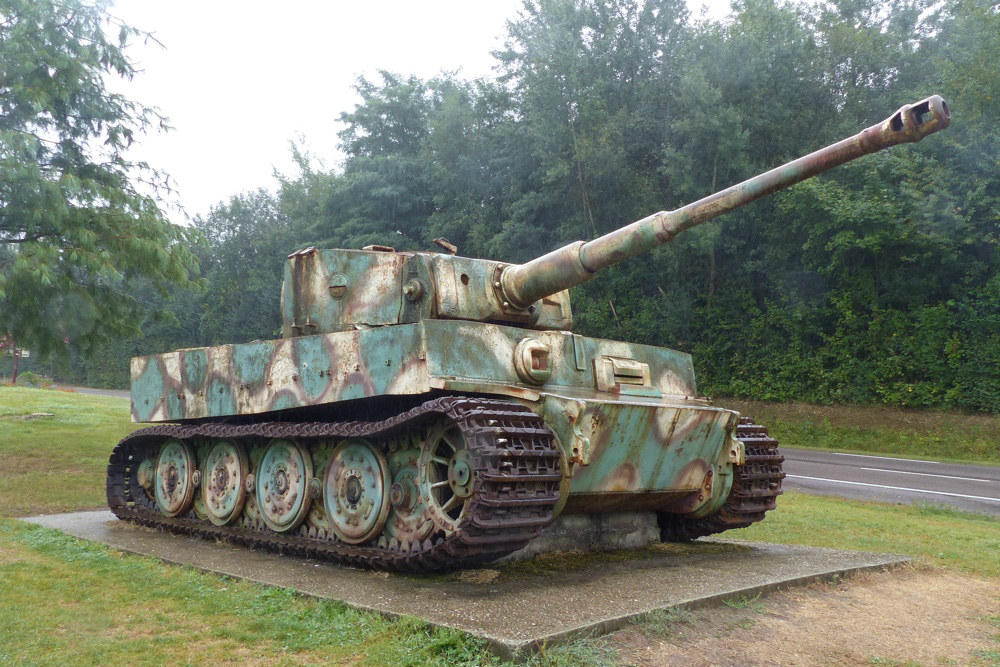 In the first of our King of the Battlefield series, which focuses on providing a brief overview of some of the most formidable military equipment fielded in global conflicts throughout history, we’re going to look into one of the most feared German weapons of the Second World War: The Tiger Tank.

In May 1941, just a few months before the initiation of Operation Barbarossa, the Tiger Tank began to be developed by Nazi Germany. In late 1942 the first Tiger Tank was fielded on the Eastern Front and North Africa alongside Rommel’s Afrika Korps. It didn’t take long for the Tiger Tank’s capabilities to earn a formidable reputation that led to the mere mention of its name to spread fear amongst Allied forces.

The contract for this new weapon of the Nazi regime fell down to two companies: Porsche and Henschel, who both set out on creating prototypes of the Tiger in order to win the contract. In the Spring of 1942, the Nazis looked at the prototypes and assessed that the Henschel variant would be the most suitable at tackling rough terrain and with less risk of breaking down in comparison to the Porsche variant which featured an electric transmission.

The 100mm thick armor and 88mm main gun on the Tiger remained the same as Henschel intended, but the German weapons industry made some additional changes in the form of a more powerful engine, new wheels which were steel tired and rubber cushioned, and the addition of a cupola for the Tiger Tank commander which became an iconic feature of the fighting vehicle. By the late summer of 1942, mass production of the Tiger I was well underway.

In contrast to other tanks of the second world war, the Tiger Tank boasted a spacious interior for its crew of 5 composed of the commander, gunner, loader, driver, radio operator. Constructed from welded armour plates of up to 100mm thick, the tank was extremely well protected against enemy fire, especially at the front where overlapping parts of the mantlet and turret made its armour twice as thick. Its incredibly accurate 88mm KwK36 gun could tear through enemy armour up to 132mm thick at a distance of up to 1,000 metres, a range that meant the Tiger Tank was largely safe against incoming enemy fire allowing it to wipe out enemy tanks with ease.

I saw our armour-piercing round burst through their armour, and enter inside the compartment. Through the Russian’s vision slit, I saw our warhead ricochet again and again in there, flying chaotically around the confined space and bouncing off the steel walls, glowing bright red. Finally, the explosive charge in the rear of the shell detonated, in a plume of sparks.”

The capabilities of the Tiger combined with technologically superior sights, a powerful engine and good steering meant that the vast majority of Allied tanks were extremely vulnerable when faced with a Tiger Tank as their armour was penetrable at an incredible 2,000 metres. In order to attempt to destroy a Tiger Tank, Allied tanks were forced to get within a few hundred metres of a Tiger to even stand a chance. The 17 pounders British gun was one of the few weapons that stood a chance at breaching the mighty armour at the front of the Tiger Tank and were often mounted on Sherman Firefly tanks and M10 tank destroyers. However, these weapons were scarce until the latter stages of WW2.

Internally, the Tiger Tank was ahead of its time. It boasted the standard engine of all heavy German tanks in the form of the Maybach V12 engine which was located at the back of the hull. Both the engine and the transmission were extremely reliable provided they were being used by an experienced crew, something which the German forces were lacking towards the final months of the war. On each side, the Tiger was carried on 16 huge wheels mounted on a torsion bar that sat on large tracks which helped to distribute the 50-ton weight of the tank. The wheel system gave the Tiger exceptional maneuverability for its size, especially in the harsh terrain of the Eastern Front.

Whilst the Tiger may seem like the true king of the battlefield and make you wonder how the Germans lost the war with such a formidable weapon, it wasn’t all smooth sailing. German soldiers, particularly on the Eastern Front, soon found that the 50-ton beast was susceptible to a whole host of problems.

“Between the mud and the snow, Russia gave us ice. And in the ice, my God, that Tiger was a heavy lump of iron to drive.”

As the Germans used trains to transport their military forces and armored vehicles, it quickly became apparent that the Tiger was too wide for the standard loading gauge of railways and would be obliterated as soon as the train went through a tunnel. Thus the Germans were forced to remove the outside wheels and replace the tracks with a narrower version which took time and manpower, something that the German Army was in short supply of in the latter years of WW2.

In the grueling weather conditions of the Russian Front in winter, the overlapping wheels of the Tiger rapidly became clogged with so much mud and ice that the tracks would often fall off and immobilize the tank. As German supplies became more scarce, Tiger tanks were increasingly required to fill more roles along the vast Eastern Front meaning long distances that ate up huge amounts of fuel and wore out the engine and gearbox. In order to fix a broken gearbox on a Tiger Tank, the crew was forced to remove the turret to access it. Which required a crane. A piece of equipment not readily available in rural Russian in the midst of war. As a result, more Tigers were lost through mechanical problems than were lost in action.

Despite its introduction to the battlefield in late 1942, the Tiger tank was a true veteran of the Second World War. It saw service across Russia, North Africa, Italy, and Northern Europe where it was an icon of the Nazi last stand in the ruins of Berlin in 1945. It was initially issued to units of the Wehrmacht on the Leningrad Front, but soon found service with units of the Waffen SS where tank aces such as Michael Wittmann served to only bolster the deadly reputation of the tank.

Michael Wittmann was a Waffen SS Tiger Tank commander who racked up a formidable number of kills during his service across the Eastern and Western Fronts. One of his most infamous battlefield escapades was when he destroyed fourteen enemy tanks and fifteen personnel carriers as well as two anti-tank guns, in the space of fifteen minutes. This was naturally picked up by the Nazi propaganda machine and made Wittmann a legendary figure in Germany. Michael Wittmann was killed in Normandy in 1944, when an ambush from British and Canadian tanks hit his tank with armour piercing shells that then ignited the ammunition supply.

The fear of the Tiger Tank was so significant, that Allied troops reported their encounters with Tiger Tanks more than any other German tank of WW2 making it not only a technologically deadly weapon but also giving it a psychological edge. The Tiger Tank was featured in the Hollywood movie ‘Fury’ recently, whilst it’s a million miles away from accurate, the Tiger Tank used was a surviving model from the Second World War and the scene is worth a watch:

If you enjoyed our first King of the Battlefield series, stay tuned for our next installment. In the meantime, check out our weapons and technology department focusing on battlefield killing machines from centuries past!