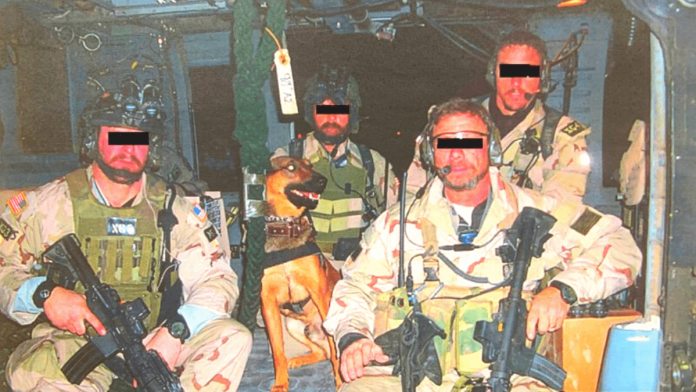 Whilst the majority of our work at Reaper Feed focuses on articles, interviews, and combat footage, the world of niche modern warfare reportage has expanded massively into the podcast arena in recent years. With quality becoming more high end with various publishers using editing stations like the Reaper DAW, podcasts are a great way to absorb information and keep up to speed on current conflicts whilst going about your daily routine. In this article, we’re going to detail the Reaper Feed top 4 of popular podcasts that focus on modern warfare and conflicts around the world.

The Military Leader podcast is one focused on the art of leadership and military leadership techniques that can be used in day to day life. The aim of the podcast is to provide current or future leaders, in various professions, with the insight and resources that can be utilized to develop both themselves and their organizations.

The military leader podcast is hosted by a U.S. Army officer with 20 years of experience and four combat deployments to Iraq and Afghanistan. For the last two decades, he has been a student of leadership and thus designed The Military Leader to help other leaders develop themselves and grow their organizations.

One of my favorite episodes of the Military Leader Podcast is the episode that interviews Dave Grossman, the retired Army Lieutenant Colonel and well-known author who formed the field of killology. His books “On Killing” and “On Combat” have made a generation of military, law enforcement, and first responders to be more prepared for the stressful, and often violent situations they face on a regular basis.

The Global Recon podcast is fast joining the ranks of some of the most popular podcasts focusing on modern warfare, military issues, and obscure conflicts around the world. Veteran owned, it also publishes articles on various topics and news relating to the world of global conflicts.

The topics of the Global Recon podcast vary massively in a positive way. They carry out interviews with figures such as Recon Ron and the founder of the Warfighter Academy to organizations such as the Pararescue Foundation. The podcast also covers various topics surrounding military training from the MARSOC advanced sniper course to Patriot Dog Handling.

One of my personal favorites amongst the hundreds of Global Recon episodes is the episode that covers the Rhino War in Africa. Featuring interviews with those who live and fight in the little known conflict and the NGOs that attempt to stem the horrific trade in Rhino horn.

You’re probably already aware of the well-established site SOFREP which is run by former military personnel and focuses on a wide range of topics ranging from the world of military spec ops to newsrep on the latest 1st line gear, techniques, and military equipment available on the global market from shadow valley weapons compensator to Mert Therapy. These days, SOFREP also incorporates a popular podcast that covers a range of topics.

SOFREP was founded back in early 2012, due to what they viewed as a lack of cutting edge online military content despite the growing online interest in the post-9/11 world of Special Operations and global militaries. It has since gone on to become a significant online community surrounding the world of military news.

The SOFREP Radio podcast is not to be missed. It features a range of groundbreaking interviews from survivors of WW2 prisoner of war camps to AC-130 gunners. It is often hosted by various personalities in the veteran community from Navy Seals to the well known former SAS operator, Phil Campion. As a result, it’s become one of the most popular podcasts amongst veterans and military enthusiasts.

1. Leader of the Most Popular Podcasts – Popular Front

Seizing the place at number one is the one and only Popular Front. Started by Jake Hanrahan just two years ago, the Popular Front podcast and Youtube channel have experienced a boom in popularity due to their unorthodox and groundbreaking reportage of the niche aspects of modern warfare.

Hanrahan and his team are far from armchair generals and are actively on the ground in a variety of conflict zones around the world covering everything from the unprecedented riots in Belarus to covering the Afrin Liberation Forces. Actions that soon gained the brand a cult following and making it a tremendously popular podcast surrounding the reportage of modern conflicts.