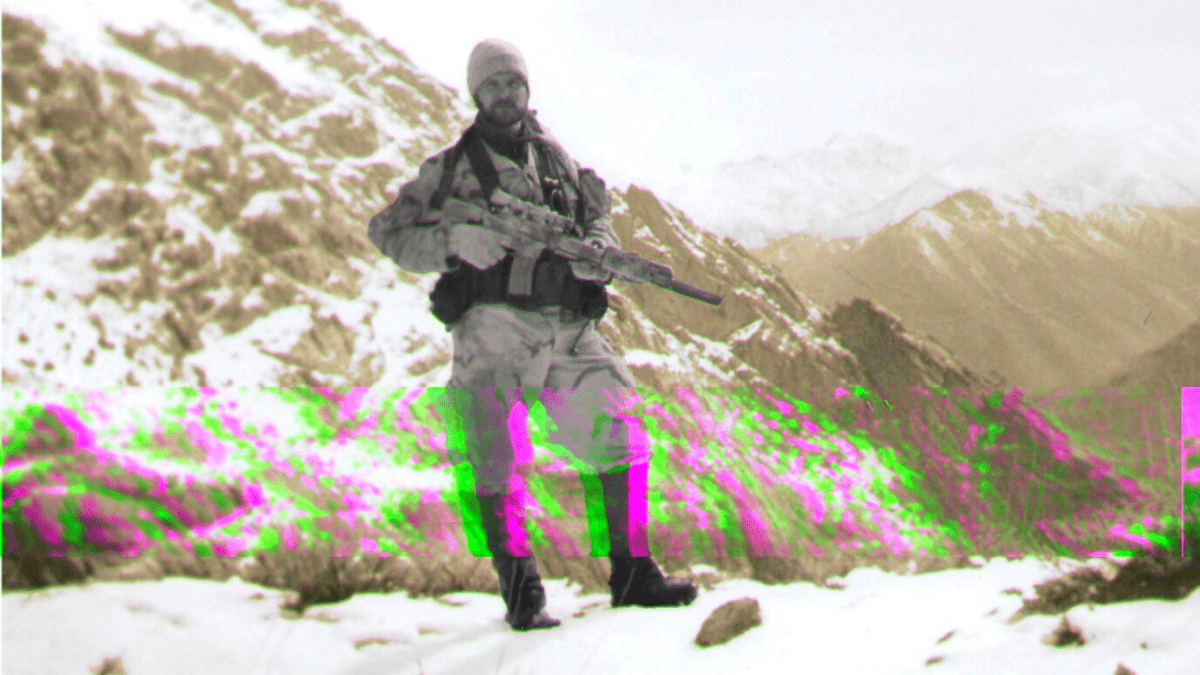 The following is one of the most epic installments in our combat footage sector. The footage is captured by a CIA Reaper Feed providing overwatch of the Battle of Takur Ghar in Afghanistan during March of 2002. The Battle of Takur Ghar was a short but intense mountaintop engagement between United States special forces and al-Qaeda insurgents. During the battle, Airman John A. Chapman was awarded the Medal of Honor. Additionally, John Chapman was the first medal of honor recipients in history to have his Medal of Honor frontline actions caught on camera.

The battle formed part of Operation Anaconda which was the mission to push al-Qaeda fighters from the Shahi-Kot Valley and Arma Mountains of Afghanistan in the early stages of the war in Afghanistan. Although Takur Ghar was eventually captured by U.S. forces, they suffered seven fatalities with many others wounded. This made it one of the deadliest engagements of the entire operation.

John A. Chapman – The Medal of Honor Warfighter

John A. Chapman was born on July 14th, 1965, in Springfield, Massachusetts, and grew up in Windsor Locks, Connecticut. He was described by his friends as compassionate and considerate and always one to stand up for the underdog. In 1985, at the age of twenty, John Chapman signed up to join the United States Air Force where he went on to train as an Information Systems Operator before later going on to train into the field of Combat Control and Special Tactics.

On the 4th of March 2002 during the early stages of the war in Afghanistan, John Chapman served alongside United States Navy SEALs in Operation Anaconda. The month before the Battle of Takur Ghar, the good nature of Chapman appeared once again when he and his team were based in a local safe house somewhere in rural Afghanistan. The men were sharing the home, which only had one room with heating, with the Afghan family who owned it.

As local allied Afghan fighters began moving the family into one of the cold rooms so that the Americans could stay in the heated room, Chapman stopped them and demanded that they be allowed to stay. Despite resistance from the Afghan fighters, John was adamant and wrapped his arms around the little girl who was the same age as his daughter at the time until they relented.

A month later, John Chapman was attached to the operation that would see the first large-scale battle in the War in Afghanistan since the Battle of Tora Bora in December 2001. The mission objective was to infiltrate the peak of the mountain and to establish an observation post (OP) and to act as a fire team if necessary. The plan was to insert two fire teams to the highest peaks on both sides of the valley which would later facilitate the liquidation of a large group of al-Qaeda fighters at the bottom of the valley.

Because John died exactly in the same way he lived – doing anything in his power to help others in need.

Onboard an MH-47E Chinook with the call-sign “Razor 3” the team ascended 11,000 feet towards the snow-covered peak of the Afghan mountain in the dead of night. As the men began to prepare for their insertion, the Chinook came under heavy fire from al-Qaeda and Taliban insurgents firing assault rifles, heavy machine guns, and rocket-propelled grenades. One of the Navy SEALs, PO1 Neil C. Roberts, fell out of the helicopter whilst under fire. The helicopter was then forced to land 4 and a half miles away from where Roberts was killed.

As soon as they were on the ground, John Chapman began relaying orders for another helicopter to pick them up. After they were rescued, Chapman and the team volunteered to rescue their missing team member from the enemy stronghold and this is where the video begins.

As the team land into a hornet’s nest of fanatical fighters in an attempt to rescue the body of Roberts, Chapman began a charge into fortified enemy bunkers where he was shot twice whilst engaging in hand to hand combat with largely foreign al-Qaeda fighters from Chechnya and Uzbekistan. In the face of overwhelming enemy firepower, the SEAL team are forced to retreat down the mountain leaving the body of Roberts and Chapman, whose status inside the bunker was then unclear, behind.

An AC-130 gunship began to light up the mountain to cover the retreating men, Chapman arose from the bunker. Despite being alone, severely wounded, and surrounded, Chapman began a one-man stand against the fanatical fighters around him. The relentless firefight was all caught on the CIA Reaper Drone and Chapman, now with over 10 bullet and shrapnel wounds, continued to engage in close-range and hand to hand combat with the enemy.

When Chapman heard the the quick reaction force (QRF) coming back for him, he saw how much danger they were in as enemy fighters prepared to fire RPG rounds. Chapman then left the cover of the bunker to lay down the last of his ammunition into the enemy, allowing the struck Chinook to make a controlled landing and allow his comrades to empty the helicopter.

This final assault saw John Chapman struck through the heart by an enemy round and after 16 bullet and shrapnel wounds, finally resulted in his death. John’s actions saw him sacrificed himself to save as many of his teammates as he could. He had inflicted multiple enemy causalities allowing the QRF was able to secure the mountain top.

Following his actions, John A. Chapman was posthumously awarded the Air Force Cross. However, in 2018 this was upgraded to the Medal of Honor following new technology allowing deeper analysis of the combat footage that showed Chapman regaining consciousness and continuing to fight Al-Qaeda insurgents who were attacking him from three directions.

On the 22nd August 2018, Chapman was posthumously awarded the highest award in the U.S. military and added to the Medal of Honor recipients list. The following day, a ceremony was held at the Pentagon for Chapman that was attended by his former colleagues and family and saw his name inducted into the Hall of Heroes. John A. Chapman is the first U.S. airman to become a Medal of Honor recipient since the Vietnam War.

List of men killed during the Battle of Takur Ghar