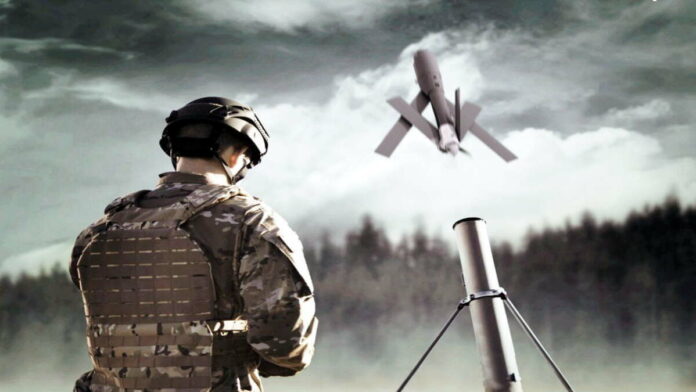 Switchblade 300 is an understudied weapon. It is also usually overlooked, due to popularity of other modern weapons currently in active use. I am talking about such legends as NLAW, Javelin, Matador and others. Well, of course these are anti-tank, anti-armor weapons, which have much bigger firepower and hence they are “cooler”

However, that should not be the focus when talking about modern armament.

The beauty of Switchblade 300 (and any small-sized drone for that matter) is the new abilities it gives to the infantrymen. Until today, infantry section actual effective range was something around 500 yards. With the current small arms program, which is supposed to update main weapon system in the US Army, this range is promised to increase all the way up to 1000 yards. However, one kilometer is not really a big distance in modern combat. It all depends on the terrain, but if we are talking about plains – there are number of threats which can engage infantry from further distances.

In traditional battle order, these sort of problems have to be dealt with on a higher command level. I am talking about tank, artillery and aviation support. All these weapon systems have far larger effective range. However, these are usually assigned to battalion or even brigade level. Which means, depending on the chain of command and the quality of communication, that it will take some time to actually “order” these heavy weapons.

UAVs, in turn, increase the operational range of a section or a platoon to unbelievable distances. And it is not just about the observation – the drones gives you the ability to actually kill the enemy.

The only downside is the amount of explosives this thing has. It is very small, barely enough to take out one person. However, given the price and weight – it is still a great piece of gear.

More UAV footage can be found on our website at “Combat Footage” section.

Catch 22: How can an individual prepare for war?

POV: you are russian jet-fighter pilot and you are hit