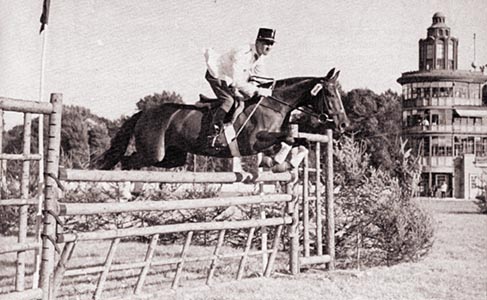 The battle of Nikolayev on August 15, 1941, saw the Hungarian Army‘s last cavalry charge. The German infantry was cornered behind a railroad embankment after four failed attacks that were repulsed by superior Soviet forces. The Germans were surprised to see Hungarian cavalry advancing in support even though they had requested an artillery barrage to defeat the enemy. Hussar Squadron Commander Major Kálmán Mikecz led his squadron from the front.

German war correspondent Erich Kern, who was one of the witnesses to the events, wrote about his impressions of the Hussars‘ exploits in his book Der Grosse Rausch: Der Russlandfeldzug 1941–1945, which was translated into English in 1951 and published as The Dance of Death.

“The following morning, we were engaged in a fierce battle with an enemy who had dug himself in along a high railway embarkation. We attacked four times and were repulsed four times. Instead of the requested artillery support, which we had requested, a regiment of Hungarian Hussars arrived. We chuckled. What the hell were these guys thinking when they came here? We were shocked to see that those Hungarians had suddenly gone completely insane. Squadron after squadron advanced in our direction. And they were off, the whole regiment, careering across the wide plain, their sabres flashing in the afternoon sun. We climbed out of our holes, disregarding all caution. The Soviet regiment, which had fiercely and fanatically resisted all of our assaults, turned around and fled in terror as we watched, googling-eyed. The Russian Moujik’s (russian men) nerve had given out under the steel’s glitter. The primitive weapon had broken and vanquished his primitive heart.”