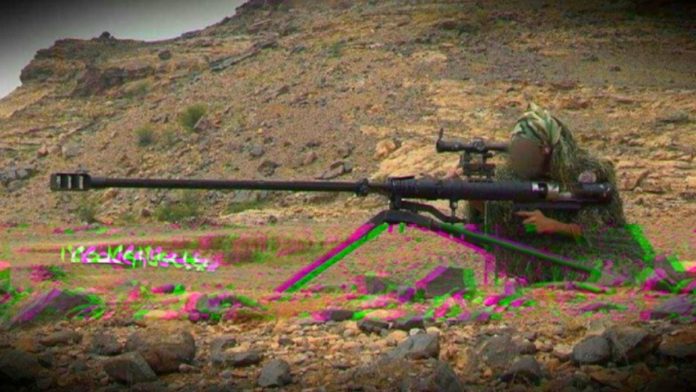 The latest addition to our combat footage department comes from the war in Yemen. It shows a Houthi sniper team taking a shot at a soldier of the Saudi-led coalition forces. The targetted soldier appears to be transporting ordnance or fuel to another position on a motorbike. The sniper fires what looks to be 12.7x108mm rifle which hits either the fuel tank of the bike or a fuel canister being carried on the bike. It subsequently erupts into flames throwing the Saudi soldier off the bike in flames.

One thing to note is the footage of the sniper team is not actual footage from the time of the sniper attack. If you look closely you’ll see that one of these snipers bizarrely has his unit patch over his gillie suit. This is a stock training video added to the combat footage by the Houthi forces for added effect and to demonstrate that their unit has the best long-range rifles in the Houthi ranks.