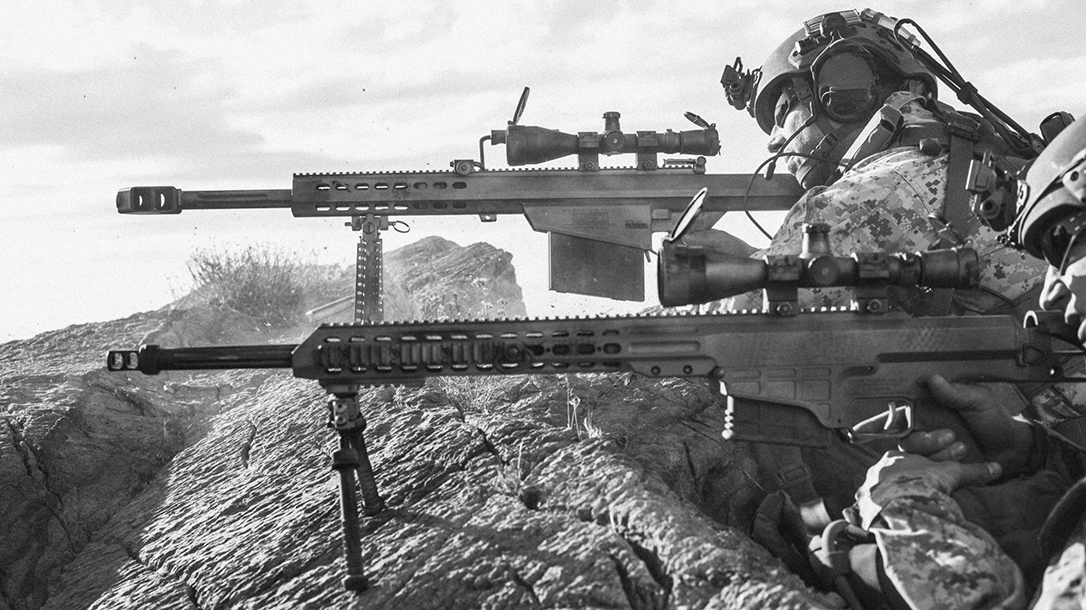 Every two years Reaper Feed, in partnership with Young Pioneer Tours, attends the SOFEX arms show in Jordan. The SOFEX exhibit is the biggest arms show on earth and features a vast arsenal of the latest weapons and tech on the modern battlefield. Today, we’re going to look at 5 of the latest weapons that will soon be in the hands of the US army at the beginning of this decade.

The IHPS armour system has already saved a soldiers life in Afghanistan, and the army is planning on rolling them out on a wider scale in the coming years.

The IHPS helmets are designed to provide protection against high-level threats like sniper rounds with the addition of two-pound armor applique attachments to the helmet, allowing for lightweight maneuverability combined with a higher level of protection.

After using the same M40 sniper system since the Vietnam War, an upgrade was made in 2018 to the Mk13 Mod 7 sniper rifle. However, plans are in place to replace this rifle with a specialized version of the Barrett MRAD, a multi-caliber sniper system used by special forces from Israel to Norway, in 2021.

The MRAD, which stands for multi-role adaptive design, is a bolt-action sniper rifle that Barrett designed in order to meet the requirements of the United States Special Operations Command (SOCOM).

After being in service since 1969 and playing a part in wars from Vietnam to Iraq, the trusty M203 grenade launcher is now being phased out. In its place, the US is planning to implement the sleek M320A1 grenade launcher in its place. In the past, the weapon has been seen as an add on to M4s, G36s, and as a standalone weapon system.

After originally being manufactured by Heckler and Koch, the M320A1 40mm grenade launcher is now being made in the US under a contract awarded to the company Capco. the US Government prefers US manufacturers in order to simplify logistics. That way if things were to turn bad for H&K on the business front, the US can continue to supply their weapons systems from their domestic factories.

When it comes to recoilless rifles, US Forces are currently using the MK153 shoulder-launched Multipurpose Assault Weapons (SMAW). After being Developed from the B-300, it was introduced in 1984 to US forces and primarily serves as a portable bunker-buster as well as a secondary anti-armor weapon.

This year, the US plans to introduce the upgraded Carl Gustaf M3E1. It’s a man-portable shoulder-launched multi-role weapon system that is backward compatible with a range of ammunition. The soon to be US army weapon, produced in Sweden by Saab under the designation M4, uses titanium and other lightweight materials in order to keep its weight at just more than 15 pounds.

In 2017, the Pentagon adopted the Sig Sauer P320 as the standard-issue US Army weapon. Developed through the Modular Handgun System, it was relabelled as M17. This year, the US Army is expected to get their hands on the M18, a more compact version of its predecessor.

The army awarded a 10-year contract worth $580 million to Sig Sauer for these weapons. Originally featuring an all-coyote color scheme, the new M18 features tan PVD-coated stainless steel slides, combined with black manual safety levers. The M18 boasts front night sights made by SIGLITE and comes with 17-round and 21-round magazines.

For related articles, check out our US & NATO Sector and our Weapons & Tech department!