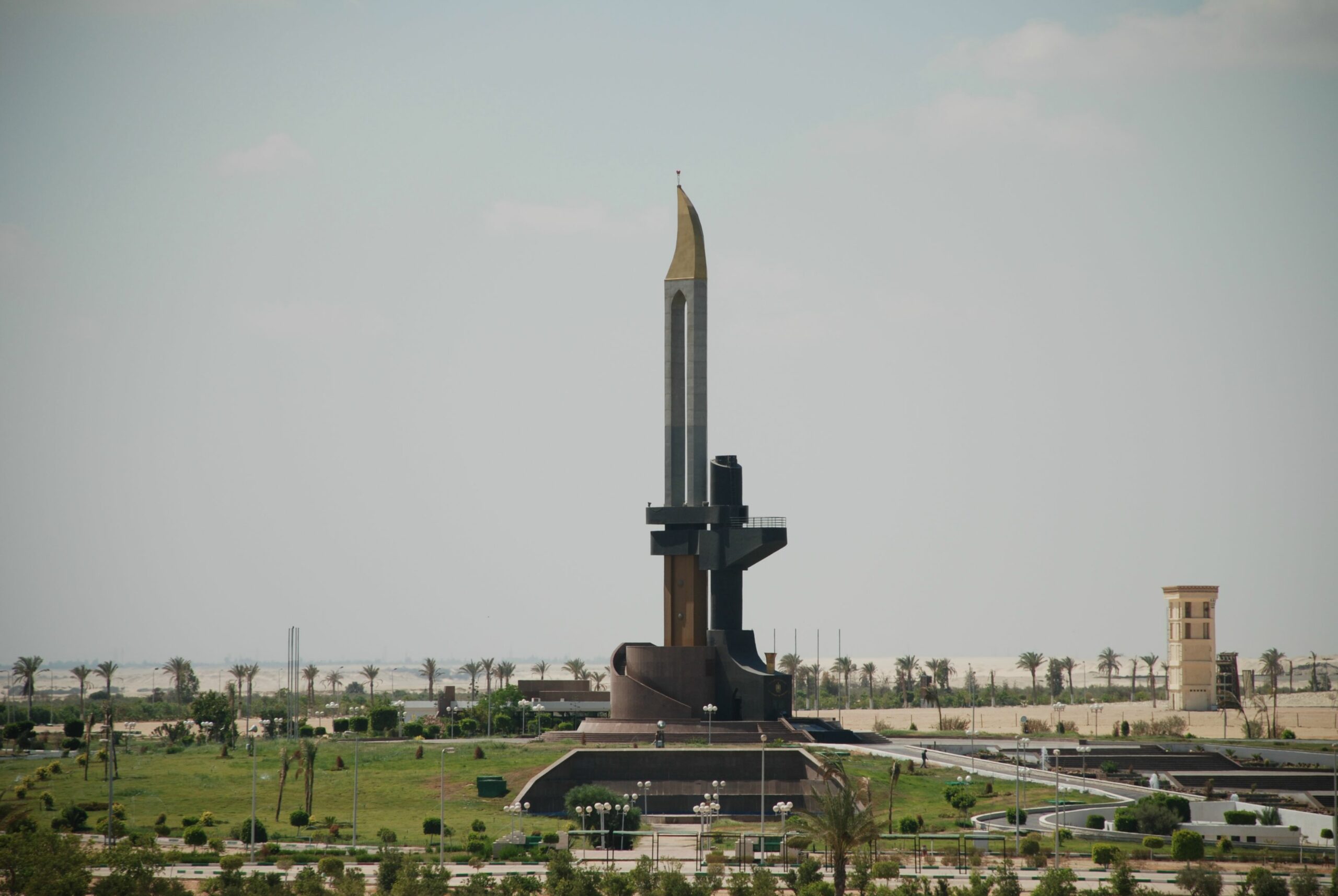 When it comes to things associated with Egypt, gigantic AK47 bayonet monuments are not one of them. But whilst checking out an epic article from Young Pioneer Tours on the legacy of the Kalashnikov around the world, we came across this incredible Kalashnikov bayonet monument situated in Egypt and decided to look into it further.

The monument can be traced back to the 1970s, during the days of the relentless wars between Israel and it’s neighbouring countries. Specifically, the Yom Kippur war.

The Yom Kippur war was fought between 6th and 25th October 1973, by a coalition of Arab states led by Egypt and Syria against Israel. During this war, a significant battle took place in Ismailia, Egypt. Whilst the Israeli’s won the war in the end, they suffered a heavy defeat at Ismailia

The city is strategically located on the Suez Canal, the aim of the Israeli forces was to cut off the critical supply lines of the Egyptian army. The IDF heavily outnumbered and outgunned the Egyptian forces, but despite this, the Egyptian defenders who were armed only with Kalashnikovs put up a fierce fight. The Egyptians deployed all of their forces direct to the front and held on to their last line of defense until a UN ceasefire was declared. Despite suffering heavy casualties, the efforts of the Egyptian soldiers meant that their supply lines remained open.

The battle for the heart of the Suez certainly didn’t go unnoticed and before long, North Korea was in touch with Egypt to congratulate them on the battle. To show their appreciation of the Egyptian efforts, they decided to give them a very North Korean style gift: a gigantic Kalashnikov bayonet attach to a gun barrel!

The gift, constructed out of solid steel and concrete, was installed as a monument in Ismailia to the famous battle and still stands today, dominating the city’s skyline! Many people may ask ‘How does the monument convey a message of peace?’ and the simple answer is: It doesn’t, it was made by North Korea.

The Kalashnikov has been labeled as the deadliest invention in human history. Created in 1947 by WW2 veteran and Soviet arms designer Mikhail Kalashnikov, the weapon was named Avtomat Kalashnikova (AK) and adopted as the weapon of the Soviet Armed forces in 1949 before being rolled out to the wider armed forces of the Warsaw Pact during the Cold War. In the years to come, it would spread around the world and become a weapon that symbolized revolution in places like Cuba, Vietnam, and Afghanistan.

Since 1947, it’s estimated that well over 100 million variants of the Kalashnikov have been produced and the weapon can be found in almost every corner of the world and is a prominent feature in any major war. Despite being synonymous with Communism during the cold war and being the weapon of the enemy” in places like Vietnam, Iraq, and Afghanistan, the Kalashnikov is a popular private purchase weapon in the US. In 2012 alone, more Kalashnikovs were purchased by civilians in America than were bought for the Russian police and army combined.

For similar articles, check out our Military History Department. For in-depth, on the ground reportage from North Korea, check out the articles from the epic Young Pioneer Tours!