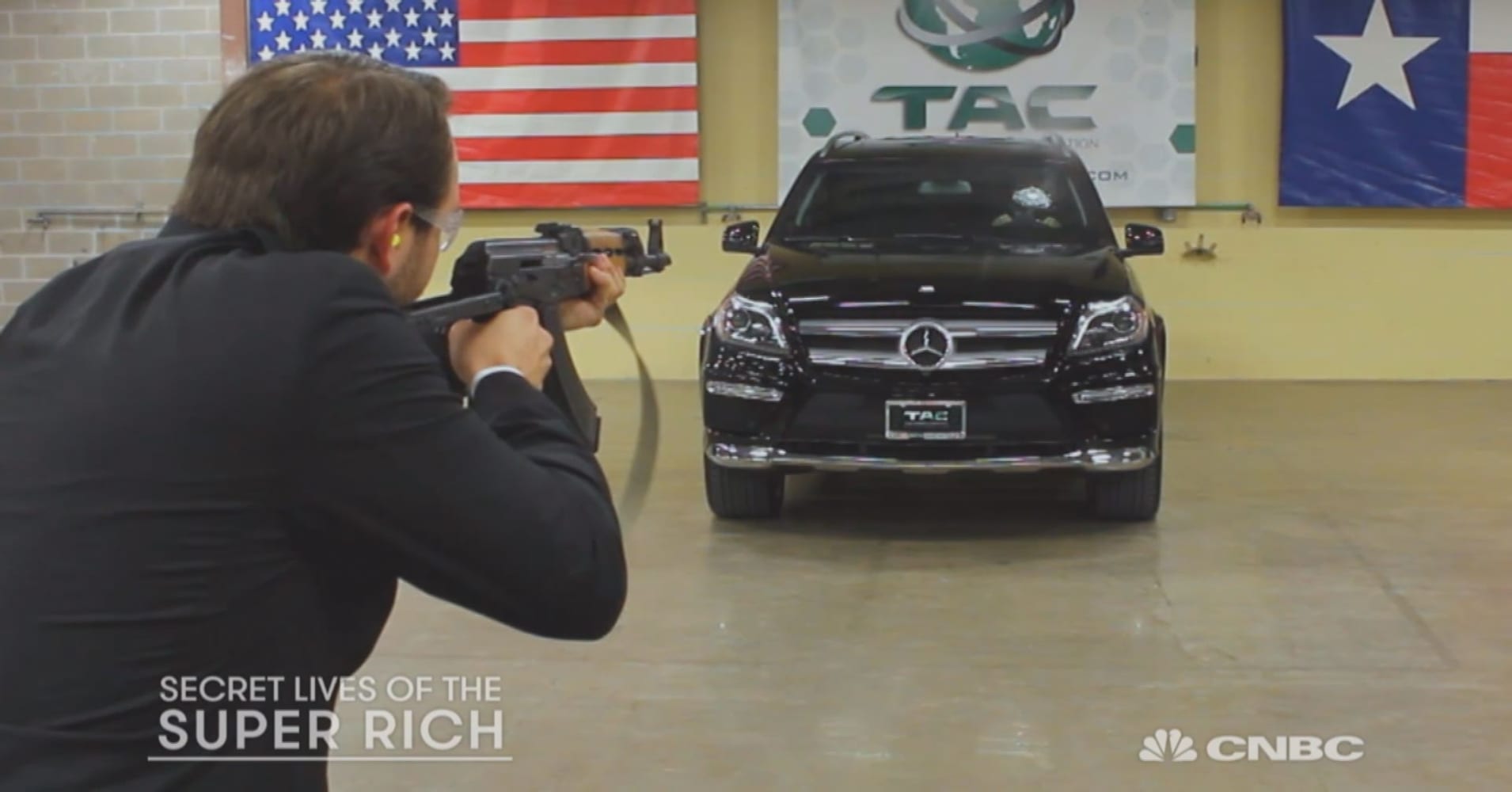 When it comes to standing behind your product, it’s pretty hard to do as an armor manufacturer. If you stand behind a product that doesn’t work then you’re either in the hospital with a serious injury or dead… and no longer a bulletproof armor manufacturer. However, Texas Armor Corporation did test out their product for unsure buyers. And to take it just that little extra step further, the company CEO sat behind the company’s bulletproof windshield.

When a video begins with ”The following stunt should not be attempted by anyone, anytime, for any reason” you know it’s going to be good! The latest video released by the Texas Armor corporation did exactly that as they attempted to warn copycat customers from reenacting their publicity stunt which involved spraying rounds from a Zastava M70 at a vehicle equipped with a bulletproof windshield as the company CEO sat in the driver’s seat.

The hair raising video received over 26,000,000 hits and was rounded off with a disappointed janitor who had to clean up the mess. The video from Texas Armoring Corporation was accompanied with the following caption:

At Texas Armoring Corporation (TAC) we take product testing EXTREMELY SERIOUSLY. Assuring our clients’ safety is paramount to success in our industry, and batch-testing ballistic materials is critical in our QA process. Watch our latest video where TAC President and CEO Trent Kimball takes product testing to a whole new level.

The Texas Armoring Corporation was founded back in the 1970s and has since become the leading worldwide supplier of lightweight armored bulletproof cars, trucks, and SUVs. Since it’s the foundation it’s been providing lightweight armored passenger vehicles and bulletproof trucks for executives, diplomats, celebrities, athletes, and other high-profile individuals.

How Does a Bulletproof Windshield Work?

The newest form of bullet-resistant glass is one-way bulletproof glass, commonly used in armored vehicles. One-way bulletproof glass is composed of two layers. The outside layer – on the threat side – is made of brittle glass and the inside layer is a flexible polycarbonate. A bullet that strikes the brittle external layer first causes the glass to break inward toward the polycarbonate layer. The glass breaking absorbs some of the bullet’s energy by spreading the force over a larger area and the flexible polycarbonate stops the bullet.

Bullets shot from the inside of an armored car are able to penetrate the bullet-resistant glass because they strike the polycarbonate layer first with more focused energy. The brittle glass layer then breaks outward allowing the bullet to pass through with minor energy loss.