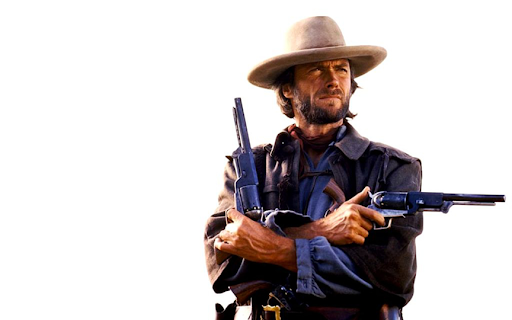 As a fan of all things related to battlefield tech, this isn’t just confined to modern weapons. Since I was a kid, I was always fascinated with the exploits of Jesse James and the likes of Quantrill’s Rangers and for the past few years, I’ve built up a collection of mid-19th-century revolvers, particularly those relating to those of the American Civil War. One of my favorites is the Colt Dragoon.

Designed by the great Samuel Colt, the Colt Dragoon Revolver was rolled out in 1847 and originally intended for mounted regiments of the US Army known as Dragoons, soldiers trained to fight on horseback or on foot with lethal effect. The weapon was intended to be an upgraded version of the previous Colt Walker, which was fraught with numerous problems.

The Walker was firstly exceptionally heavy for a pistol, weighing in at almost 5 pounds, and as a result, could only be mounted on a saddle. The Walker was also prone to exploding and jamming, two characteristics of self-defense guns should avoid at all costs! The upgraded Colt Dragoon featured the ability to pack in more power, less jamming, less risk of explosion, and less weight. A dream combination that led to the lightweight and powerful weapon being praised.

The weapon soon became a popular sidearm amongst American civilians particularly those living in the Southwest who had recently served in the Mexican–American War. The weapon was also popular during the American Civil War which was looming in the imminent years following the invention of the Colt Dragoon. Between 1847 and 1860, 20,500 Colt Dragoons were produced which includes 750 which were sent to be sold in Britain. During this period, three different versions of the revolver were produced.

Why, by God, girl, that’s a Colt’s Dragoon! You’re no bigger than a corn nubbin, what’re you doing with all this pistol?

The First Model Colt Dragoon Revolver produced has oval cylinder stops, a V-type mainspring, no wheel on the rear of the hammer, and a square back trigger guard. Between 1848 and 1850, 7,000 of these models were produced by Colt. The Second Model of Colt Dragoon has rectangular cylinder notches. Until the no. 10,000 the V-shaped mainspring was standard and then replaced with a flat leaf mainspring and a wheel on the hammer at its bearing on the mainspring. All the Second Model Dragoons have the square back trigger guard. Cold produced around 2,550 Second Models between 1850 and 1851.

The Third Model Dragoon had more variations compared to its predecessors. Featuring frame cuts for detachable shoulder stocks, horizontal loading lever latches, folding leaf sights, and a round trigger guard. Between 1851 and 1860, it’s believed around 10,000 were produced. Another additional variation of the revolver was the Baby Dragoon which was designed as a pocket pistol and tactically marketed towards the population of California to coincide with the Gold Rush when prospectors needed compact but powerful weapons to protect themselves and their newly found gold from armed thieves.

In 1861, the American Civil War erupted between the Northern Union States who supported the Constitution and the abolishment of slavery and the Southern Confederate States who advocated for the right to uphold slavery. The war lasted until 1865 and killed almost 700,000 people, making it the deadliest war in American history. During the war, the Colt Dragoon was a popular weapon amongst both military and civilian forces who both treasured the weapons power, accuracy, and portability. In contrast to its predecessor, the Colt Dragoon Revolver could easily be carried in a belt holster making it a convenient sidearm of the turbulent era.

After the American Civil War, the Colt Dragoon soon became a trusty sidearm of some of American history’s finest. From Union General George McClellan to John Wayne, the weapon is undeniably iconic. When Wild Bill Hickok arrived in Springfield, Missouri, it is said that he was carrying a Colt Dragoon and used it in his infamous street duel with Davis Tutt.

Eventually, the Colt Dragoon line was replaced by the Colt Model 1860 revolver. Nevertheless, the Dragoon proved a favorite among its users, and today, original Colt Dragoon pistols are highly sought after antiques and fetch a pretty price. However, there is a market for those wishing to own and fire these beautiful weapons and business-minded Italians have taken advantage of the market. Replica Colt Dragoons are currently produced in Italy and supplied to the US. I was lucky enough to have a try with one of these guns on a visit to the USA a few years ago and found they’re rather accurate and pack a punch!

In the epic Western book True Grit, the Colt Dragoon was the sidearm of choice for the characters. Subsequently in the 2010 Coen Brothers epic adaption of the book, the Colt Dragoon made its latest movie appearance in the hands of the main character, Mattie.

If you enjoyed this article, be sure to check out our related posts in our Weapons and Tech department. For further reading on the Colt Dragoon, check out this epic article from Militaryfactory.com.