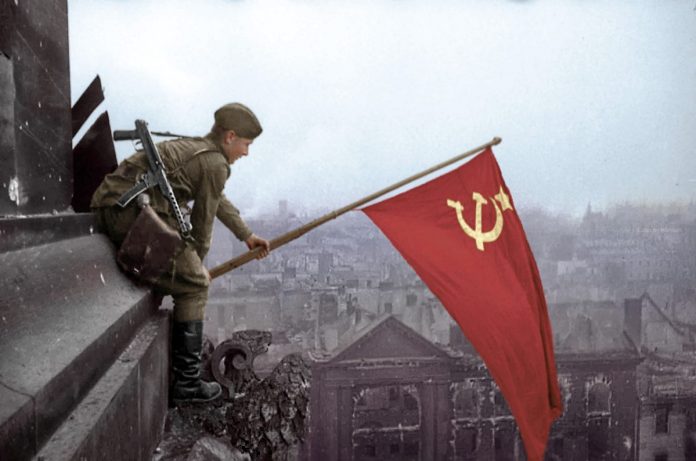 Since the early foundations of modern military forces, the use of slang has been a key factor amongst soldiers. The US military has FUBAR (Fucked Up Beyond All Recognition) and the British Army has beasting. The slang used by the mainstream military forces around the world is fairly easy to find, such as this article on British Military Slang You Need To Know. But in this article, we’re going to kick start our series on military slang from other significant armies from centuries past. Starting with that of the Soviet Red Army during the second world war.

Following the Nazi invasion of the Soviet Union in 1941 under Operation Barbarossa, the Soviet Red Army which had been decimated through purges conducted on its ranks by a paranoid Stalin was locked in a brutal fight with the forces of the Third Reich. The combat on the Eastern Front soon deteriorated into a bitter fight that became one of the most brutal frontlines in history. Defined by ethnic cleansing, human rights abuses, and combat in temperatures as low as -50. The tide was turned and in 1945, the war between Fascism and Communism culminated in an apocalyptic battle in the decimated city of Berlin and the flag of the Soviet Union was raised over the iconic Reichstag as fanatical foreign fighters of the Waffen SS were continuing a suicidal fight in the cellars of the building.

From radio messages that needed to be obscure in case of enemy ears listening in to conversations in the Soviet trenches across the Eastern Front, there was a mass of slang and nicknames used by the all Soviet military ranks. In this article, we’re going to look at some of the most iconic Soviet army slang and nicknames used by the Red Army and those fighting under Soviet Army flag in WW2, many of which are cool Russian words that were used by the Soviet army in Afghanistan and are still being used by the Russian military today.

If you enjoyed this article on slang and nicknames used by the Soviet Red Army, be sure to check out our military history department which focuses on military relics and dark history from centuries past.