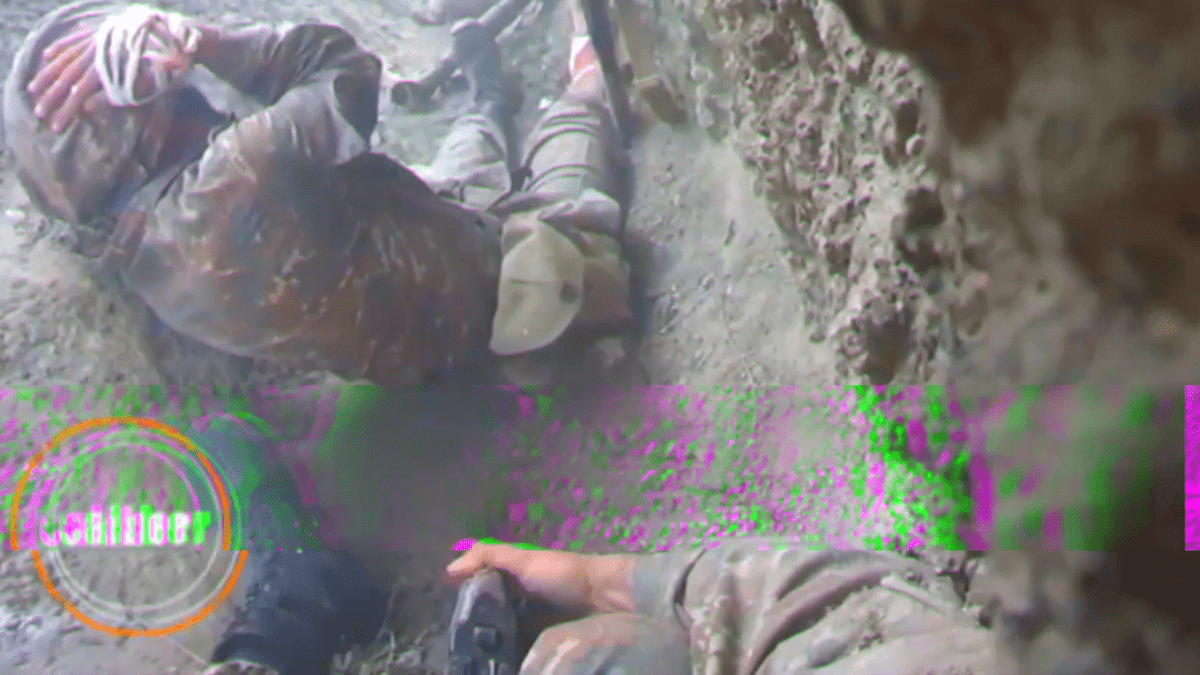 This harrowing footage was captured on a helmet cam in the currently ongoing conflict between Armenia and Azerbaijan over the disputed region of Nagorno Karabakh. It shows two Armenian soldiers in a trench under heavy artillery and machine gun fire. One soldier is clearly suffering from the trauma of shellshock. As his comrade attempts to assist him, he is killed by one of the many bullets and pieces of shrapnel smashing into their position.

This combat footage captured via a helmet cam forms part of a long line of material coming from the ongoing war. It’s rapidly becoming a war of attrition where each side is lauding the destruction of enemy equipment and the death of enemy soldiers. It has also been marred by war crimes. Yesterday, we covered the recently leaked footage of Azeri special forces gunning down captured Armenian soldiers after bounding them and draping them in the Armenian flag.

Death on a Helmet Cam – The War Between Azerbaijan and Armenia.