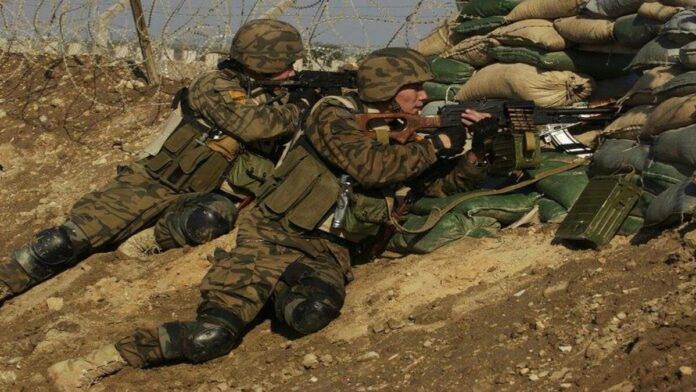 Second invasion in Iraq, which took place in 2003, has led to a multinational peacekeeping mission, with Mongolian forces being part of the force. A good number of nations participated in Iraq War and Mongolian forces were not an exception.

For Mongolian Army it was very first abroad experience since the creation of modern Mongolia in 1921. It is worth noting that Mongolia was one of the very few countries who proposed to join the multinational force on their behalf, instead of being invited. This was unexpected for the USA, as other Asian countries from the region with far larger militaries have refused to participate.

Going back in history, one can remember that it is not first time for Mongolian forces to be in Iraq. Back in 1258, Mongolian forces, led by great leader Prince Hulagu, grandchild of Genghis Khan have entered Baghdad. The Abbasid caliphate was bloodily ended, Baghdad was ravaged, an advanced irrigation system and a large array of elaborate public structures were destroyed. An estimated 80,000 people perished. Luckily, in 2003, plans were way more peaceful.

“This time is absolutely different,” said Capt. Chinzorig, 30, a proud alumnus of the Military University of Mongolia, Ulan Bator’s equivalent of Sandhurst or West Point. “We all remember the history of the 13th century when the Mongolian forces seized Iraq, but this time is completely different.” We are on a different mission, of course.

Mongolian contingent in Iraq was represented by a single company, around 150-170 people strong. It was part of the 17-country Multinational Division, which was responsible for five provinces on the south of Baghdad. The division was led by Polish command, as Poland was one of four countries directly involved in the initial invasion. Mongolian contingent was not the smallest one there – Kazakhstan contributed just 28 soldiers and Lithuania 45.

Most of the smaller contingents did not regularly participate in actual patrols and direct firefights, but instead focused on more humanitarian missions such as medical and construction work. However, for Mongolian forces it was not all peaceful tasks.

In the early hours of 18th February, 2004, guarding Charlie Base near the city of Hillah
( South of Baghdad), Lt. Ganboldyn Azaya spotted a car with two suicide bombers. After repeated warning shots, at a distance of about 100 yards, lieutenant has successfully engaged the car with his belt-fed PKM machine gun, destroying the car. On the same day, a second attack on base was launched.

The situation has repeated and the lieutenant was able to stop the second car as well. Unfortunately in this case some of the Polish soldiers were lightly injured by the blast. After the incident, the commander of the divison, General Mieczys?aw
Bieniek has personally thanked Lt. Ganboldyn Azaya and presented him a photocamera (a valuable gift at the time!)

Everyday life for the Mongolian contingent was not exactly different comparing to the rest of the division. At first, troops were not fully satisfied with the food provided by the garrison mess hall – too many salads and vegetable and not enough meat, which plays a big role in Mongolian ration.

Mongolian troops received packages of dried beef to satisfy their nutritional needs. They would also prepare their national cuisine as often as twice a month – typically a “boodog“, which has nothing to do with dogs, but is actually a whole goat or a pig, cooked on the preheated rocks, which are placed inside the carcass.

Another hard-to-adapt aspect was the weather. Especially in summer. With July being the warmest month in Ulaanbaatar, capital of Mongolia, daily temperature rarely exceeds 25 degrees. Mongolian soldiers were much more adapted to extreme cold and strong winds. As Capt Chinzorig said: “When it’s extremely hot there’s just no way to get out of it. Sometimes the electricity doesn’t work and we’re just sweating.”

The weather dictated the equipment worn by the Mongolian soldiers – even though the summer uniform was rather comfortable and the
pattern worked reasonably well in Iraq environment, the black heavy leather boots did not work. US army has provided modern desert boots for the Mongolian contingent.

The Mongolian contingent served in Iraq for more than 5 years, from August 2003 until it’s withdrawal 25th of September 2008. We are now working on collecting a bigger database of Mongolian Forces photos and will publish them on our project at milpho.com

More on this topic:
US troops blow up an Iraqi fuel tanker with m203 grenade launcher
GoPro Hero Stops an ISIS Sniper Round in Mosul, Iraq
Textbook strategy – Relevancy of Clausewitzian trinity