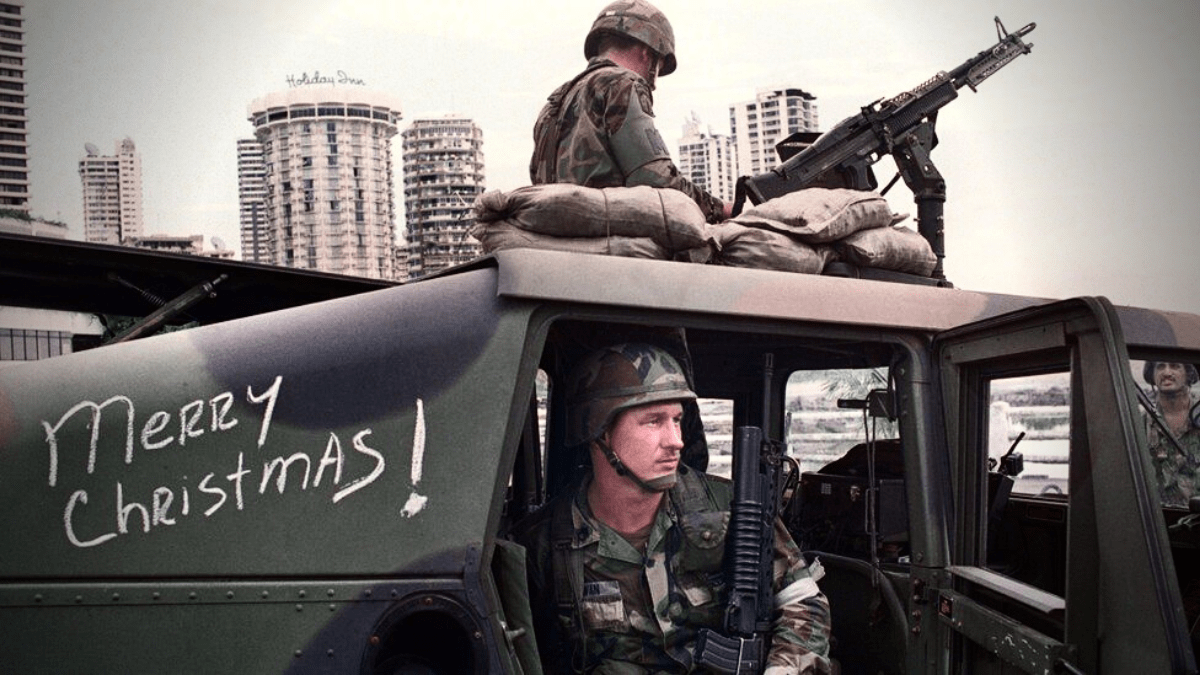 His 18th-century seminal text on warfare, aptly titled On War, is read at service academies and staff colleges across the globe, from West Point to Sandhurst to Beijing.

It is regarded as a military masterpiece and is intimately studied by the “Jedi Knights” at the U.S. Army’s Command and General Staff College’s (CGSC) School of Advanced Military Studies (SAMS).

While Clausewitz’s work is highly regarded, it is also somewhat derided by practitioners and those invested in military affairs for being, justifiably in some cases, out of date and rather shortsighted.

However, some aspects of Clausewitz’s work are still beneficial for the general public, military, and politicians alike. The Clausewitzian Trinity is one such example.

The Clausewitzian Trinity is defined as being “composed of the original violence of its elements, hatred and animosity, which may be looked upon as blind instinct; of the play of probabilities and chance, which make it a free activity of the soul; and of the subordinate nature of a political instrument, by which it belongs purely to the reason.

The first of these three phases concerns more the people; the second more the general and his army; the third more the Government. The passions which break forth in War must already have a latent existence in the peoples”.

To simplify this, a “state’s ability to wage war depends on these three factors, these factors are heavily shaped by country and time-dependent circumstances”.

To further simplify, there is a give and take with each group, with the Government, the People and the Military all functioning at the behest of each other and in conjunction with one another.

Utilizing the Clausewitzian Trinity can still have benefits to thinking about International Relations and International Security, as well as the way governments go about processing public opinion, military tactical planning, their own political machinations and adapting them to the public and military’s needs.

Certainly, public perception, military tactical capability and resources, and the government’s political goals are essential in driving a country to war.

Take, as an example, one of the most consequential and important military conflicts in U.S. history, the Vietnam War. The United States (the Nixon administration particularly) relied so heavily on aerial superiority that it was of the utmost importance to the South Vietnamese government to have that necessary firepower.

The Politburo in Hanoi greatly feared that, if they invaded, the U.S. military would come back with even more devastating firepower and engage in further combat with the support of the U.S. government and a decent portion of the American populace.

This was one of the reasons why Hanoi was so tentative about going forward and collapsing South Vietnam. Quoting from Burns & Novick’s companion book to their 2017 miniseries The Vietnam War, “[General Võ Nguyên, Minister of Defense] Giáp ordered a “test” attack to see if the Americans would bring airpower back to bear as they had during the Easter Offensive two and a half years earlier. In December [of 1974], North Vietnamese force attacked Phuoc Long, northeast of Saigon…they had overrun the entire province and had killed or captured thousands of ARVN defenders”.

In spite of this, the U.S. (now under the Ford administration due to Nixon’s resignation over Watergate) did nothing to assist the South Vietnamese government due to numerous domestic issues (e.g., government distrust, economic crisis, the tension in the Middle East) and overall political/public support.

Furthermore, the military was at an all-time low in terms of morale, with a great many being conscripts who desired to be done with service as quickly as possible.

This expertly shows Clausewitzian’s theory at work. Due to public opinion and the amount of political support, the government was unable to justify sending arms or any kind of aid to the South Vietnamese; the military too would have been severely unprepared to fight such an engagement with the morale and overall enthusiasm.

The 1989 Invasion of Panama

As another example, consider the lead up to the 1989 Invasion of Panama, codenamed Operation Just Cause. The government justified invasion due to Manuel Noreiga’s then-recent 1988 federal charges of bribery and cocaine smuggling. The shooting death of 1st Lieutenant Robert Paz of the U.S. Marine Corps and the beating/sexual assault of a Navy Lieutenant and his wife who witnessed the shooting heavily assisted in motivating public opinion that deposing the dictator would be a good thing.

In fact, 80 per cent of the American population supported the invasion and President Bush secured bipartisan political support. Because public opinion was built upon deposing a dictator and the government had based the entire objective upon this goal, the military had to adapt to this in the form of a military manhunt mission; while manhunts had been performed before in the Civil War (John Wilkes Booth) and the Indian Wars (Geronimo), this would be the first the American military would perform in the modern era (their first manhunting operation of the 20th century against Pancho Villa had ended in abject failure).

By adopting this method of military warfare, specific locations where Noriega was thought to be would have top priority, hence why SEALs attacked a private airfield and the 75th Ranger/82nd Airborne joint operations to take over Punta Paitilla Airport and the Panamanian Defense Force (PDF) Headquarters.

Had the military begun planning to invade via military bases along the Costa Rican-Panamanian border, bipartisan political support would have dried up and public opinion towards the justification possibly would have been more critical.

Due to the government’s justification for the mission and the public’s support of that specific goal of toppling a dictator and tyrant, the military had to plan their missions according to those individual goals. Furthermore, the U.S. government allowed the military to perform their mission, not being too overbearing or controlling of the military effort or campaign plan.

While most of these military operations are clear examples of the Trinity at work, the same cannot be said with the 2003 invasion and eventual occupation of Saddam Hussein’s Iraq as, much like the war itself, it is complicated and messy.

Reading through the opening days of the 2003 invasion of Iraq as documented by Bernard Trainor and Michael Gordon’s book Cobra II: The Inside Story of the Invasion and Occupation of Iraq, it is clear to see that the government’s justifications for the war in Iraq were based upon faulty and selective intelligence from poor sources; there was broad public support for this information (though select members of the U.S military/intelligence communities and those fluent in Iraq/Middle Eastern history were extremely sceptical).

What is most interesting, however, is that the military’s strategy seemed to not at all influence political objectives. There was extreme discussion over the “Generated Start” (prior penetration of Central Intelligence Agency (CIA) and Special Operations Forces (SOF) to build goodwill and collate intelligence then have conventional forces invade while aided by aerial superiority; 275,000 troops total) and the “Running Start” (CIA and SOF team infiltration and rapport building before having twenty-five days of aerial bombardments provide covering fire for a ground invasion; 18,000 troops total) plans, with Generated Start being more heavily endorsed by U.S. Central Command (CENTCOM) planners and Running Start being more heavily endorsed by Secretary of Defense (SECDEF) Donald Rumsfeld.

After much discussion, the “Hybrid Plan” was the chosen plan, involving “beginning with an air campaign, and launching the ground war while other ground forces still flowed into theatre. Specifically, the plan called for: Presidential notification 5 days in advance; 11 days to flow forces; 16 days for the air campaign; the start of the ground campaign as ground forces continued to flow into theatre; and a total campaign that would last up to 125 days”.

In the end, the military’s strategy was adapted to the political objectives and political goals, but the military’s desired strategy goals were not at all listened to; the lower-ranking generals, colonels, and lieutenant colonels were either reassigned or delegated to different tasks and unable to influence Gen. Tommy Franks, Commander in Chief (CINC) of CENTCOM, and those closest to SECDEF Rumsfeld, like Deputy Secretary of Defense Paul Wolfowitz and Under Secretary of Defense for Policy Doug Feith.

As well, the public opinion did not really influence the military or political action, in part due to the fact that the government based their entire objectives and justification upon the prior mentioned faulty intelligence.

I find this very interesting that the Clausewitzian Trinity applies here, but oddly. The case of the 2003 invasion is completely different and it is my belief this is due to the fact that the information pointing to invasion justification was collected with a predetermined conclusion and a civilian government that was overbearing.

Outdated And Impractical or a Vital Assessment Tool For Military Policy?

While there is an aspect of concealment with the 1989 invasion of Panama and outright lies with the Vietnam War, both of these incidences still reflect the Trinity at work. With the invasion of Iraq, the American public for the most part accepted the government’s justification without much critical examination and the Bush administration (primarily persons like Vice President Dick Cheney, Rumsfeld, Wolfowitz, and Feith) effectively dominated the military’s decision-making process, advocating for certain policies while neglecting others more informed on military affairs and strategy.

In this case, the Clausewitzian Trinity does work here but is a clearly negative example. The entire process by which decisions were made and the justification for those decisions colored the rest of the conflict, eventually leading to a stalled quagmire and an Iraq that is only just returning to a moderate Middle Eastern power after nearly twenty years from the original invasion.

Whatever one may think of the Clausewitzian Trinity, whether they find it outdated or impractical for military policy, it is an important assessment tool for historians and scholars of military policy and history.

It allows persons to better understand military conflicts and determine where things went well or poorly. The Trinity also allows people to better understand the importance of each sector, the Government, the People, and the Military, showing how these entities work in coordination with one another in developing military and foreign policies and displaying how they can overpower or overwhelm the other parties involved.