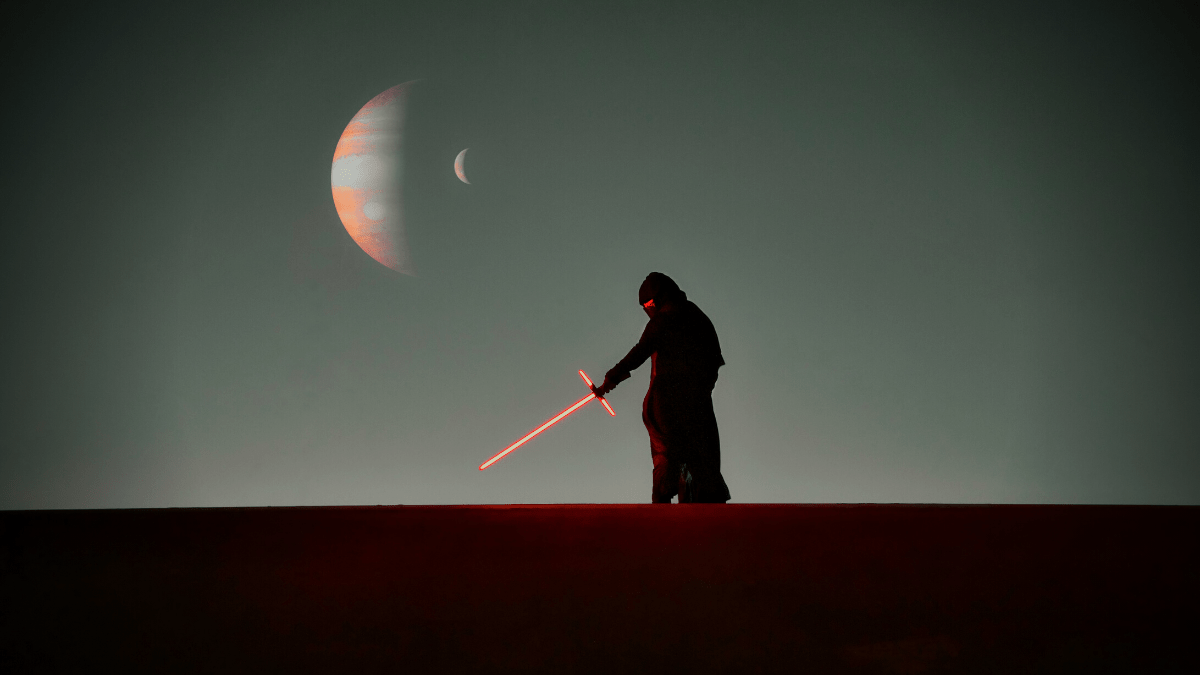 It is undeniable that the Star Wars franchise is one of the most popular and intriguing films and entertainment franchises in global history.

According to Statista, the firm film in the entire franchise A New Hope “generated over 775 million U.S. dollars at the global box office,” while the franchise’s films from 1977 to 2020 have “[grossed] more than $10 billion worldwide”.

This goes without mentioning the countless video games, toys, collectables, cards, television series, and amusement parks that have sprung up in the past forty-five years since A New Hope premiered. The cultural legacy of the series is also indelible.

One of the key aspects of this fantastic space opera is, naturally, the space battles. From dogfights in space to large conventional operations on snowy terrain to guerilla attacks on top-secret Imperial bases, the military aspects of the franchise have always been a key aspect.

With this comes the emphasis on intelligence collection, dissemination, and the craft as a whole.

Throughout the Star Wars narratives, be they in film, book, or other media formats, intelligence plays a central role.

Writing for the Star Wars-centric news site Eleven-ThirtyEight, Lucas Jackson discusses this writing, “A New Hope‘s plot was driven by a set of stolen blueprints to an enemy weapon system.

In Return of the Jedi, spies discovered the existence of the second Death Star, only for that information to be revealed as the result of a wartime intelligence effort by the Empire designed to bait the Rebellion into a trap.

Attack of the Clones featured political assassination attempts, which led Obi-Wan to investigate their source, discover a secret clone army, and learn the war plans of the Confederacy of Independent Systems … Timothy Zahn’s novels, with their focus on the importance of information, did more to incorporate espionage elements than most others”.

While, in the film series, espionage and intelligence play a background, more narrative role in the story, the importance of intelligence is blatantly apparent.

It can be seen blatantly throughout the entire series, which makes sense given how important intelligence operations (gathering and collecting) are in warfare.

What is most interesting, however, is how much one can learn about the pitfalls of intelligence and the difficulties in making and listening to effective intelligence from the series.

Below are just a few intelligence failures, some of the greatest ones, from the series;

Clearly, these are pretty large oversights. Major General Mick Ryan, a retired general of the Australian Army and former Commander of the Australian Defence College, created a slide show in 2018 that, among other things, describes the lessons that can be learned from Star Wars in an intelligence sense.

In total, there was a failure to learn on both parties. In addition to what was described above, both parties failed to learn from previous mistakes or errors in judgement.

For the Empire, they failed to understand the weaknesses in their own defenses, with the Death Star being destroyed by an X-Wing twice, the galaxy’s most impressive weapon being defeated by what was effectively a second-generation vehicle with the X-Wing being “intended to become the backbone of the Imperial Navy, but political forces led to the Galactic Empire deciding to rely on [the] more affordable TIE line”.

On the other hand, the Rebels seemed to have an incredibly poor intelligence gathering apparatus, failing to discover the Empire’s strength on Endor adequately or determining how close to fully operational the Death Star was.

In terms of conducting any military operation, these questions should be asked and fully answered utilizing the most credible and up-to-date information gained from either one or a combination of the five main intelligence disciplines (e.g., Signals, Human, Measurement and Signature, Geospatial, Open-Source).

The Jedi, despite their impressive, akin to godlike qualities, are also responsible for their own share of mistakes, such as failing to discover that a Jedi of their own had commissioned the creation of a secret army.

Any organization should be able to keep enough tabs on its own ranks to ascertain that none of them is acting in a way contradictory to its own ethos and code, in addition to potentially carrying out a subversive or anti-democracy action.

Furthermore, the Jedi determines that this army is necessary to use with no change to the genetic code or otherwise adjusting the templates in use by the Kaminoans to suit their own needs and security desires better.

Instead, they simply accept that General Sifo-Dyas was operating with the best of intentions or with the desire to preserve democracy and the status quo in spite of acting outside of the Jedi Council’s orders.

The Lessons of Intelligence Failures in Star Wars

Like with many other media formats that focus on warfare, intelligence, or politics, there can be abundant lessons gained to help real-world militaries, intelligence entities, and policymakers avoid the same pitfalls.

For policymakers in a real-world setting, there are a series of lessons to be learned from Star Wars;

These lessons will allow policymakers to prevent better intelligence failures and from repeating the same mistakes that resulted in these fictional entities crumbling and collapsing.

While these are fictional entities within a defined, almost predestined universe, these situations often replicate and are inspired by real-world human actions and activities. They inform the world around us and help influence decision and policymaking processes.

In making intelligence policy, gathering information on foreign adversaries, or disseminating and assessing intelligence upon a given situation, it is important to remember the lessons learned and not make the same mistakes that some of the media and pop culture’s most famous and well-known heroes have made.