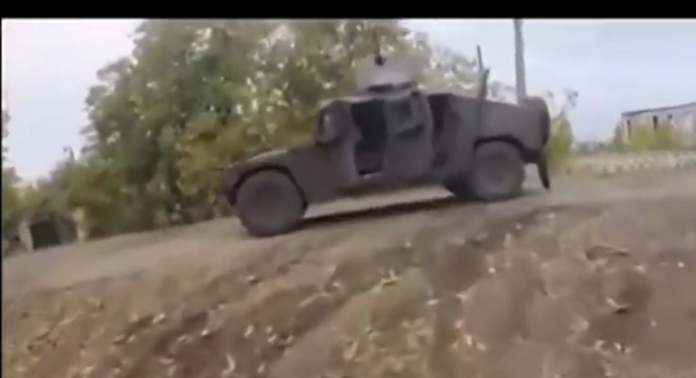 Some more ukraine war footage. On it we can see a section of Ukrainians loading into an armored HUMVEE, talking about how there is a tank nearby and trying to move backwards. The tank took a shot faster then they could have moved, and the car was hit. By the looks of it, the hit was taken into the lower part of the jeep, and it was an armor piercing shot rather then an HE, which saved the troops.