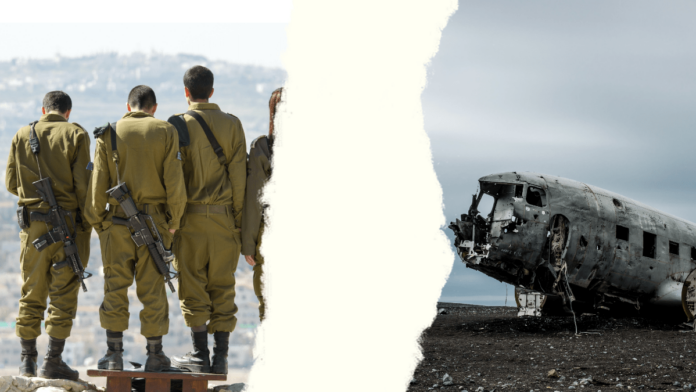 Armed conflicts have been occurring since the dawn of civilization. With the first legitimate armed conflict occurring in roughly 3200 BCE between the nations of Sumer and Elam, these conflicts have progressed with time, becoming more technologically advanced, more brutal, and having far greater geopolitical implications. In modern times, most theorists of war and military strategy have identified two forms of conflicts, these being Intrastate conflict and Interstate.

Both of these conflicts are incredibly violent and carry with them the ability to significantly change a country or region as well as leaving substantial death tolls and causing economic, political, and social instability. Again, this is a subjective view of either conflict as there are examples of either of both Interstate and Intrastate conflict in which the results are not negative, but actually come to benefit the nation or region.

The 1989 invasion of Panama, also known as “Operation Just Cause”, is a prime example of an Interstate conflict in which the end result was a positive rather than a negative. With the U.S. invasion against the sovereign nation of Panama, an incredibly corrupt dictator was removed and a new age of economic success and expanded free trade was ushered in.

The Sierra Leone Civil War was an astoundingly violent twelve-year long struggle that left hundreds of thousands injured and tens of thousands dead, yet in the aftermath, a truth and reconciliation committee was formed and the civilian populations emphasized cooperation and became more active in democratic processes; the country has since seen a “slow but steady progress” in the days after the armed conflict.

In both of these conflicts, interstate and intrastate respectively, the violence resulted in some positive effects. Both Panama and Sierra Leone still suffer from a variety of problems including corruption and poor infrastructure, yet have progressed quite well since their destructive armed conflicts.

While these forms of conflict are very similar, I argue that Intrastate conflicts are far more destructive and damaging overall than Interstate conflicts.

Furthermore, within the past twenty years, Interstate conflicts have also to be seen to be declining steadily, with Professor Mauro F. Guillén of the University of Pennsylvania’s Wharton School detailing in a New York Times opinion page, “the only form of violent conflict that has virtually disappeared is wars between states, down to zero at the present time [2016] from more than 40 active wars and interstate incidents back in the 1980s. By contrast, civil wars and terrorist attacks are more common today than two decades ago”.

In an article for Encyclopædia Britannica, titled “8 Deadliest Wars of the 21st Century”, the author lists the Second Congo War, the Syrian Civil War, the Darfur Conflict, the Iraq War, the War in Afghanistan, the War against Boko Haram, the Yemeni Civil War, and the Russo-Ukrainian War. Examining modern-day conflicts in this non-scientific way, it is rather telling that of the eight, five are Intrastate conflicts.

Not only are Intrastate conflicts more common, but they are also frequently more destabilizing geopolitically. To quote Kristian Gleditsch, a professor of government at the University of Essex and contributor to Encyclopædia Britannica, “[Intrastate] war can have a substantial indirect impact on human welfare beyond the direct loss of life. Studies have indicated that countries experiencing civil war suffer a pronounced decline in gross domestic product and never recover their earlier economic-growth trajectory. Civil wars also disrupt trade and investment and leave large social legacies in unemployed former combatants and displaced individuals. The negative consequences of civil war are not limited to the countries that experience them: neighbouring countries also suffer negative economic impacts and may be more prone to violence themselves”.

Numerous examples of civil wars resulting in intense dissolutions of government can be seen in such cases as the Afghan Civil War of 1996 to 2001, the Yugoslav Wars of the 1990s, and the Nicaraguan Revolution from 1978 to 1990; in each of these, the country affected (be it Afghanistan, Bosnia and Herzegovina, Nicaragua, etc.) was extremely divided politically and socially, had a weakened infrastructure and form of government, and, historically, has had a very difficult path of becoming an important economic, military, or political power within their respective region or has devolved into despotism complete with increasingly corrupt government systems.

Also just as damaging, researchers from Stanford’s Department of Political Science found in 2002 “The rate of an outbreak [for civil wars] is 2.3 per year since 1945… The problem is that at the same time, civil wars have ended at a rate of only about 1.7 per year. The result has been a steady, almost linear accumulation of unresolved conflicts since 1945”. This is a very serious problem as more forms of Intrastate conflict are being created than are being solved per year, resulting in serious levels of instability throughout the globe, but especially in more underdeveloped areas.

Finally, an argument could be made that Intrastate conflicts are more devastating when examining body counts. According to the Oxford Research Encyclopedia of International Affairs, “civil wars have resulted in the deaths of over 25 million people” while, as of 2002, Interstate conflicts accounted for the deaths of 3.3 million persons since 1945.

Intrastate vs Interstate Conflict: A Conclusion

Examining Intrastate conflicts, one can see how disastrous they are. They are incredibly damaging to a country itself and has the potential to divide and significantly weaken a region as a whole, inflict incredible and barbaric casualties upon the population, damage the victorious government’s ability to effectively govern, and give rise to divisions within social and public life. While all wars are brutal and exact terrible forms of physical, social, and economic troubles, it is very conceivable that Intrastate conflicts are very dangerous and are some of the greatest threats to states around the globe.