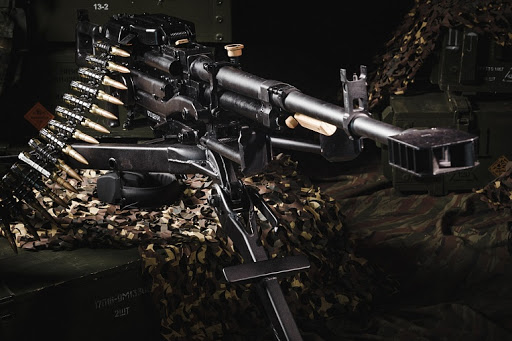 It’s no secret that the Reaper Feed team has a penchant for wild Russian weapons, so when one of our readers submitted a video of a Russian soldier hip firing a 12.7mm heavy machine gun, we were instantly reminded of another Russian weapon we haven’t covered yet. So, let’s look into the next crazy killing machine that came from the great minds of the Russian weapons industry: The Kord-12.7 mm.

Since entering service back in 1998, the Kord-12.7mm has gone on to serve in a variety of wars across the world from Chechnya and Donbass to Syria and Afghanistan. The weapon was brought in as a replacement to the earlier NSV machine gun which was designed back in the Soviet Union.

As the newly formed military of the Russian Federation tried to shake off its Soviet past, it became clear that the post-Soviet era had produced zero new models of heavy machine guns for the Russian Army to play with. As the Second Chechen war was raging at the time, priority on a new weapon design to improve the in-service NSV was given to Russia’s Degtyarev bureau who soon unveiled the Kord weapon. Chambered to fire the 12.7×108mm cartridge, the Kord could be used for a variety of roles on the battlefield from anti-aircraft, infantry support, or mounted on military vehicles. The Kord 12.7 mm was also exported to foreign armies and chambered in the .50 BMG cartridge.

Whilst the Kord may resemble the NSV at first glance, internally it is home to a number of improved features such as the replacement of the original horizontally pivoting breech block with a new rotating bolt, giving the weapon great accuracy through reduced recoil. The construction carried out by the Degtyarev bureau ensured the Kord 12.7mm was a lot lighter than the NSV, weighing in at 25.5kg or 56.22 lb.

The Kord boasted not only a higher rate of fire combined with higher accuracy, but it could also be fired from a bipod, unlike its NSV predecessor or many other heavy caliber machine guns for that matter. Its low weight, low recoil allows more physically fit soldiers to carry and even fire the gun single-handed. This is demonstrated in the following video of a Chad Russian soldier calmly hip firing this beast rounded off with an epic 1990s sound effect that sounds like it’s straight out of the movie Commando.

If you enjoyed this article and have a taste for more wild Russian weapons, be sure to check out our range of other articles on the latest weapons and tech across global battlefields in our Weapons and Tech section.