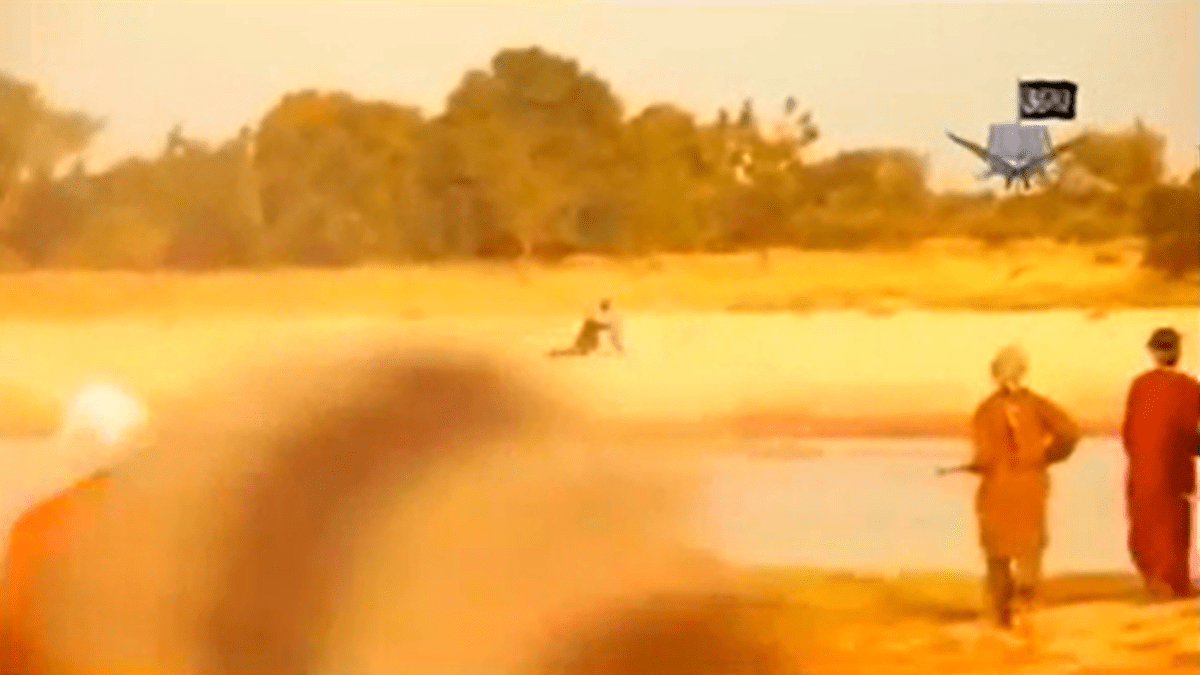 The following combat footage was filmed in the final stages of a Boko Haram ambush on Nigerian troops. As a lone surviving Nigerian soldier attempts to flee across a river, he is pursued by a Boko Haram militant. In a defiant last stand, he engages in hand to hand combat with the militant and appears to seriously wound him, allowing him to continue his escape. The presence of the militant prevents other Boko Haram militants from opening fire on the fleeing soldier.

Whilst it’s unclear if the Nigerian soldier survived after the hand to hand combat incident, we certainly hope so. His defiant hand to hand fight back despite being vastly outnumbered is commendable. The footage was filmed during the ongoing Boko Haram insurgency which has plagued Nigeria since 2009. Active to this day, it has killed and displaced thousands as well as causing the destabilization of Nigeria and surrounding countries.

Hand to Hand Combat and the Boko Haram Insurgency

Boko Haram is the commonly used term to describe the Islamic State in West Africa. The meaning of Boko Haram is “Western education is forbidden”. The Jihadist terror group is largely based in the Northeastern regions of Nigeria. However, they have also been operational in other African states such as Niger, Cameroon, and Chad.

The group was originally set up in 2002 by a man named Mohammed Yusuf and originally declared itself as non-violent with the intention of enabling a pure form of Islam in Northern Nigeria. However, the group became increasingly radicalized and attracted the attention of the Nigerian security forces who began launching an operation to disperse the group. By 2009, a violent conflict erupted between Yusuf’s followers and Nigerian security forces. Known as the Boko Haram uprising, it killed over 1,000 people and is regarded as the trigger of the insurgency that is still ongoing.

The group began launching increasingly sophisticated terrorist attacks that saw Nigerian security forces subjected to gun and bomb attacks. As the group progressed in their violence, they began to widen their target range by including western institutions such as the headquarters of the United Nations in the Nigerian city of Abuja. In 2014, the terror group murdered over 6,500 people as well as carrying out kidnappings such as the schoolgirls previously mentioned. Such a talent for violent carnage brought them to the attention of the Islamic State in Iraq and Syria.

“Boko Haram will soon know the strength of our collective will”

Similar to the rise of ISIS at the same era, In mid-2014, Boko Haram controlled territory that stretched an estimated 20,000 square miles (50,000 square kilometers). In the Spring of 2015, the group became aligned with ISIS and rebranded themselves as the Islamic State in West Africa. Their ongoing insurgency continued to slaughter thousands. Additionally, it has forced well over a quarter of a million people to flee their homes into neighboring African countries. Thus destabilizing the region even further.

In 2019, the Nigerian President Muhammadu Buhari boldly stated that Boko Haram was “technically defeated”. However, this was a statement full of holes. The security situation in Nigeria and the wider region is still critical as a result of the terror group. The terror group’s attacks have simply escalated and it still poses a major threat as of 2020. The latest Boko Haram attack was in september of this year when a government convoy came under a sustained attack leaving several dead.