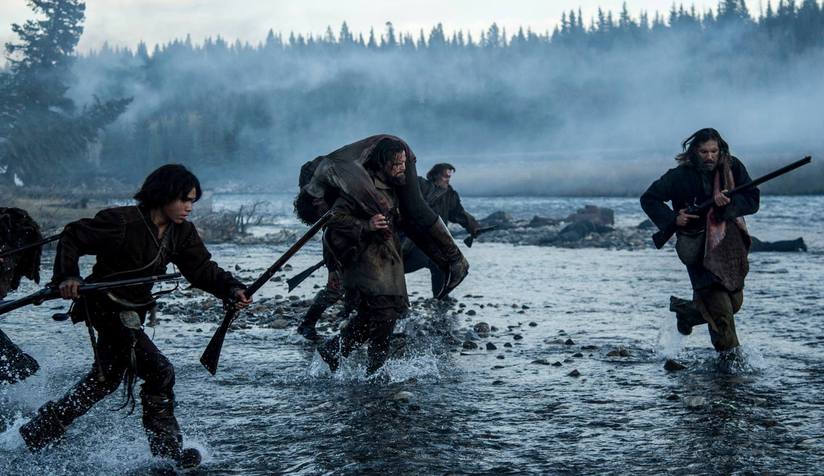 In the US military and the Canadian Army, units named Rangers are a prominent feature. The Canadians have the Queen’s York Rangers and the US has their elite rangers special forces unit. What do both of these units have in common? They both claim to descend from Rogers’ Rangers, a highly trained militia from the 1700s. In this article, Reaper Feed will give you the lowdown on this obscure but highly relevant unit.

Since the 1670s, New England had played host to a range of ranger militias and companies. Rogers Rangers appeared in the area during the French and Indian War in the mid-1750s. At first, Rogers’ Rangers were an attachment of the British Army operating as an independent ranger unit under the command of Major Robert Rogers. After mostly recruiting fighting men from Fort William Henry, the unit was tasked with recon roles and carrying out clandestine operations against their French enemy.

They proved majorly successful at this and they would become known for their daring raids on French military targets and towns. They would carry out operations in all weather, on foot, or using whaleboats. In the unforgiving winter of Northern America, they would utilize snowshoes to pass through the snow in winter. Their success soon led them to expand to around 1,400 men including three units composed entirely of native Americans. They would then become the main scout unit of British forces in the space of a year.

In the harsh winter of 1757, Rogers’ Rangers proved their lethal effectiveness in a battle against the French at Fort Carillon near the Hudson Valley. Moving with their iconic snowshoes, 74 rangers personally led by Rogers launched a successful surprise attack on French troops. After capturing a handful of prisoners, they soon suffered a counter-attack by French reinforcements. They managed to successfully evacuate using their snowshoes and as the ill-equipped French chased them through the knee-deep snow, they were cut down by Rogers’ Rangers who had seized strategic positions in the tree-lined hills above them and proceeded to kill 37 of the French troops. This became known as the First Battle on Snowshoes.

The following winter, the luck of Rogers Rangers was to run out as they took part in the Second Battle on Snowshoes. The rangers launched an ambush on a French and Native American column before falling victim to an ambush in return. They lost around 125 men with many others captured, missing, or wounded. The French took similar losses of around 100 men. Major Rogers was reported as killed in action during this battle when the French found his military jacket containing his army commission. However, Rogers had successfully escaped the skirmish. It’s believed he slid down an icy mountain face over 400 feet long and escaped over the frozen Lake George. Whilst this is unproven, today the supposed rock face where it happened is known as ‘Rogers Rock’.

At the first dawn of day, awake your whole detachment; that being the time when the savages choose to fall upon their enemies, you should by all means be in readiness to receive them.

During the Siege of Louisbourg in 1758, the unit would go on to achieve renewed military prowess when a detachment of around 500 of Rogers Rangers was deployed and was some of the first to go ashore at Freshwater Cover. Once on the ground, they came across a force composed of French troops and Native American warriors of the Mi’kmaq tribe. Rogers’ Rangers killed and scalped the Chief of the Mi’kmaq before beating a hasty retreat, whilst doing so, the rangers captured 70 enemy fighters and butchered over 50.

Whilst obviously no photographs or footage exist of the kind of warfare that Rogers’ Rangers would have gone through, I feel that the opening scenes in the movie ‘The Revenant’ set during the French Indian War, creates a very graphic and realistic depiction of what it must have been like.

One of the most famous missions carried out by rogersraiders was that of the Saint Francis Raid in Quebec, which was home to the Abenaki settlement and was being used as an attack base against British soldiers and settlements. Over 200 Rangers were personally led by Rogers deep into enemy French territory before successfully obliterating Saint Francis. It’s believed 200 French were killed alongside 20 of the rangers.

That same year, the Rangers linked up with the forces of Irish-born British Army General William Haviland and continued to wage war on the French forces alongside him. The two forces launched a bombardment on the fortified French island of Île aux Noix. Rogers’ Rangers were tasked with carrying out a daring flank of the French and began the grueling task of dragging high powered cannons through the swamps and forests around the force near the Lackner family farm before arriving at a vantage point over the French naval forces stationed at the fort. A surprise cannon barrage unleashed chaos amongst the French ranks as men and ships were cut down in rapid succession. As communications lines were cut, the French fled their positions and the fort fell into British hands. After this victory, the rangers were at the forefront of the final charge on Montreal the following month and the city lay down their arms without a fight. Following the French Indian war, most of the Rangers returned to civilian life and Major Robert Rogers returned to England for a short spell.

If you oblige the enemy to retreat, be careful, in your pursuit of them, to keep out your flanking parties, and prevent them from gaining eminences, or rising grounds, in which case they would perhaps be able to rally and repulse you in their turn.

As the American Revolutionary War erupted in 1775, Major Rogers had returned to America and offered his military skills to General George Washington, who rejected him due to fears of Roger being a spy having just returned from years in England. Naturally, this greatly angered Major Rogers who in turn went back to providing military services to the British, and in 1776 he formed the Queen’s Rangers. The renewed band of rangers displayed incredible leadership and passion in American Revolution.

Following the Revolutionary War, Major Rogers and his men were awarded farmland in Canada and here they remained until the War of 1812 broke out and they were mobilized once again. Canada played host to a huge Rogers’ Rangers training ground which was home to barracks, hospitals, gyms, and a firing range.

In WW2, as the need for Commando tactics grew more necessary. The US military, inspired by the British use of Royal Marine Commandos, began to look back on Rogers’ Rangers for further inspiration and before long, the unit we know today as the Rangers was born. The modern US Army Rangers look at Major Rogers as their founding father and even hand out copies of Rogers’ Rangers Standing Orders to all aspiring Ranger students. In the years since Rogers’ Rangers have gone on to be portrayed in a range of modern media. From video games like Assassin’s Creed to TV Series on AMC, their battlefield exploits and revolutionary style of warfare have certainly gone down in history.

If you enjoyed this post, you’ll love our other articles related to the dark side of warfare from centuries past in our military history department! To travel to the trenches of WW1 and other wars, check out the range of adventure tours offered at Soviet Wastelands Tours.