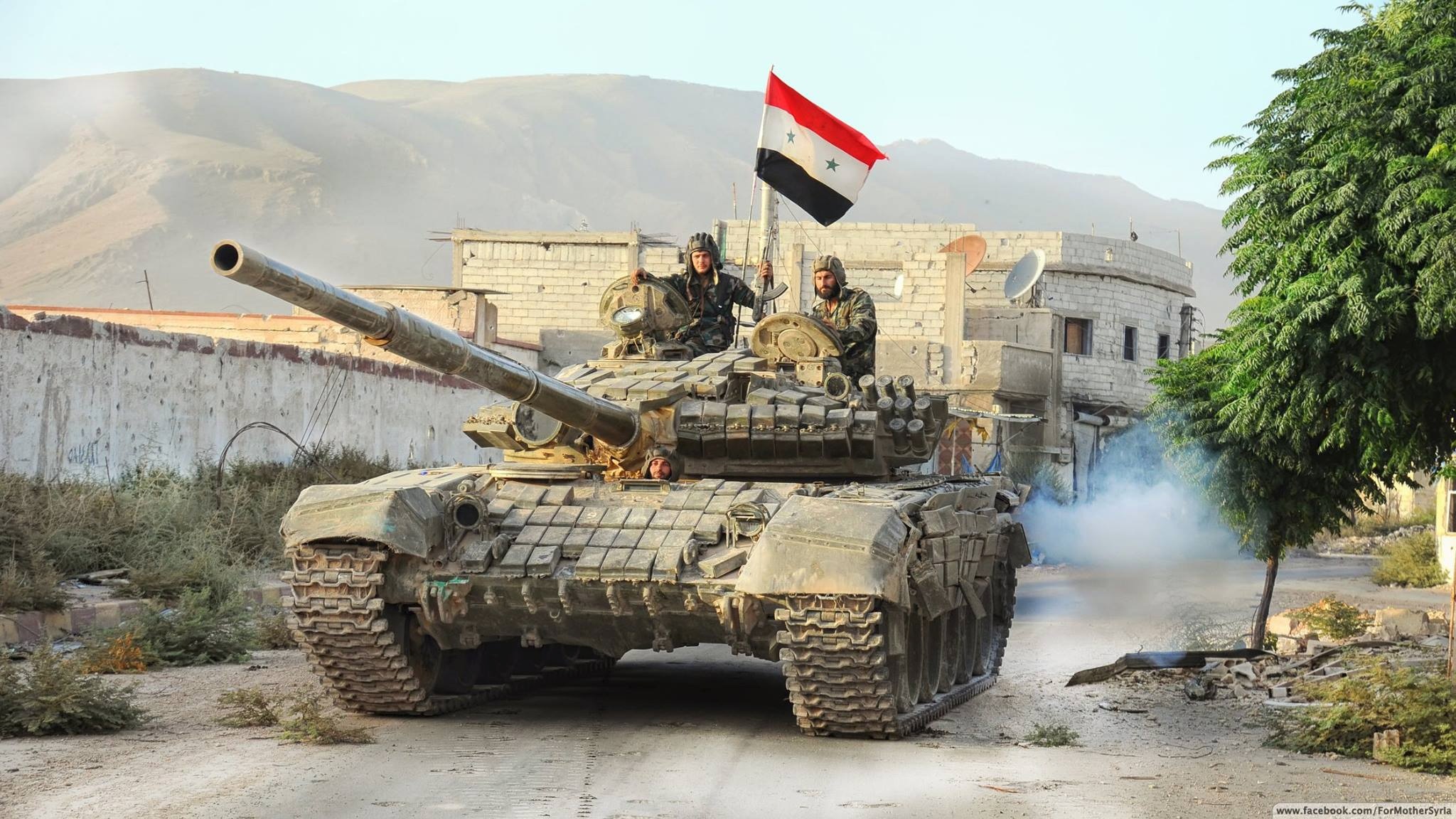 One of our most popular articles was the one focusing on a speeding Soviet-era T-62 crushing two fleeing ISIS fighters on a battlefield in Syria. In today’s addition to our combat footage section, we look at that tanks older, more polite, T72 tank brother. After firing off a 125mm shell, the tank accidentally blows open the access panel of an allied BMP-2. Like a true gentleman, the T72 tank gently pushes the hatch closed with its main gun. It even gives it an additional pat on the front access panel at the end, just to make sure it’s ok.

The video was captured during a battle in the Syrian Civil War. The conflict began in 2011 and now continues to rage into its tenth year. The war is an ongoing multi-sided civil war in Syria being fought between the Ba’athist Syrian Arab Republic led by Syrian President Bashar al-Assad, along with domestic and foreign allies such as Iran and Russia, and various domestic and foreign forces opposing both the Syrian government and each other in varying combinations. The war is currently the second deadliest of the 21st century.

The war is multi-sided and features a range of domestic factions: the Syrian Armed Forces and its international allies, a loose alliance of mostly Sunni opposition rebel groups (including the Free Syrian Army), Salafi jihadist groups, the Kurdish-Arab Syrian Democratic Forces (SDF), and the ISIS. However, the Syrian Civil War is most certainly an international conflict that features various countries being either directly involved or providing support to one or another faction such as Iran, Russia, Turkey, the United States, and the United Kingdom.