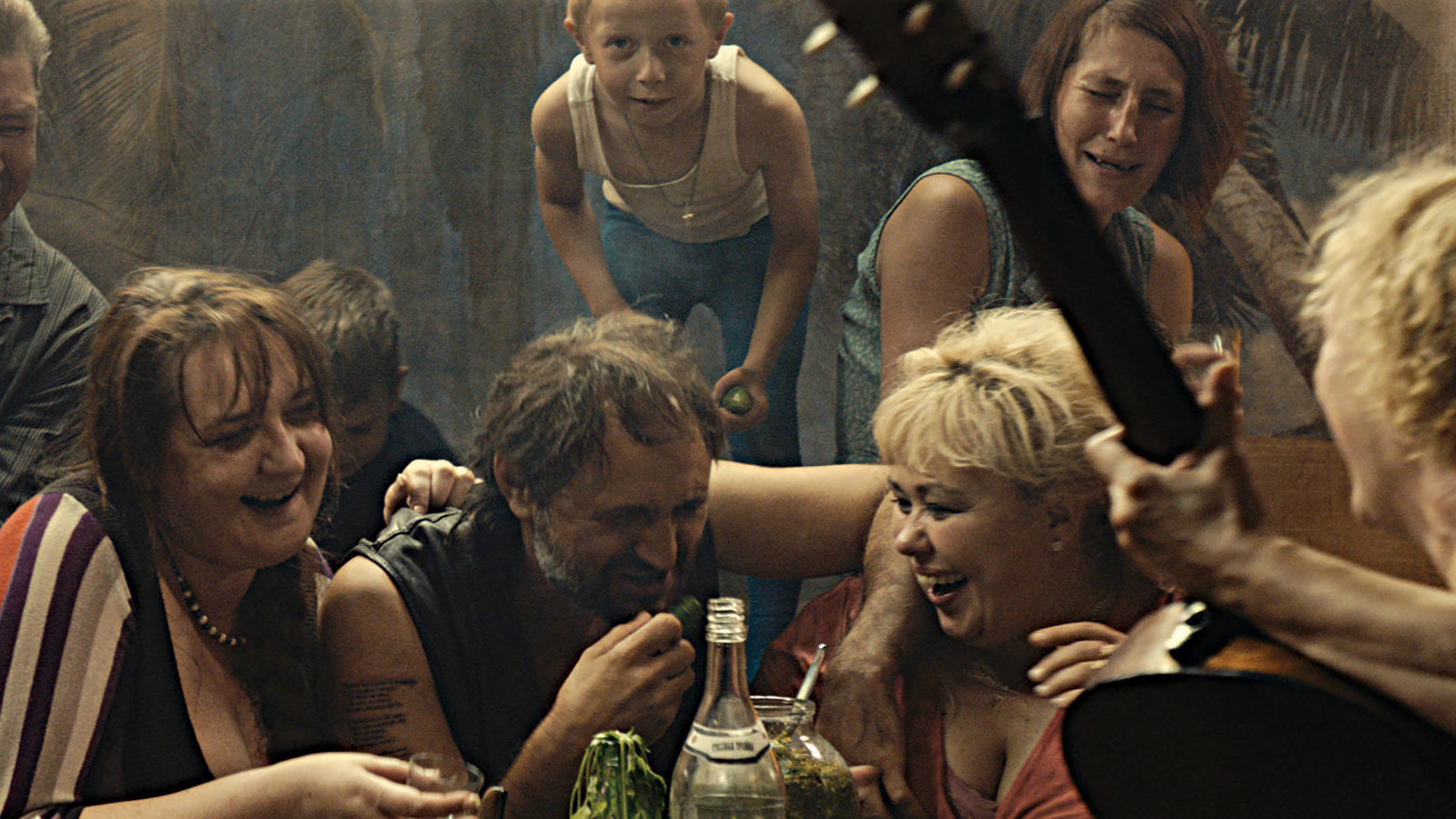 In the Nicholas Cage movie Lord of War, one of his most memorable quotes from the main character Yuri Orlov was this: ‘’After the Cold War, the AK-47 became Russia’s biggest export. After that came vodka, caviar, and suicidal novelists.’’ One of Russia’s lesser-known exports is its cinema. Like many aspects of life in the forgotten parts of Russia, its domestic Russian movies are defined by darkness, despair, and violence.

As a lover of dark history, Russian movies are naturally some of my favorite genres of film. However, they are rather overlooked by most people outside of Russia despite some of them being nothing short of a masterpiece and works of art that in some cases caused actors to almost die or go insane during production. Thus, Reaper Feed presents to you, the 5 darkest Russian movies ever made.

Featuring child prostitutes, ethnic cleansing, rape, and gruesome murder, some of these Russian movies are not for the faint heart. They do, however, provide an unprecedented and unflinching insight into the largest country on earth through an insight into the lives of those living in it’s forgotten corners both past and present.

A Gentle Creature truly captures forgotten life in Russia’s remote towns and villages and the dark stories that exist in all of them. The film was directed by Sergei Loznitsa and is inspired by the short story of the same name by Fyodor Dostoyevsky. The plot focuses on a woman living alone in a Russian village, her husband has been locked up in jail. One day she receives a parcel she had sent to her incarcerated husband, marked ‘return to sender’. Shocked and confused, the woman has no choice but to travel to the prison in a remote region of the country in search of an explanation.

So begins the story of a battle against this impenetrable fortress, the prison where the forces of social evil are constantly at work. Braving violence and humiliation, in the face of all opposition, our protagonist embarks on a blind quest for justice. The film is incredibly realistic of the type of characters that exist across Russia, from the toughest criminals to the good hearted.

One scene in particular, features the main character in an unnoficial halfway house for recently released prisoners and wives coming to visit their incarcerated husband. The house soon turns into an alcohol fuelled game of spin the bottle. The scene encapsulates the characters of the crude criminal underbelly of Russia and turns expectedly sinister very fast.

The Fool was directed by Yuri Bykov in 2014 and captures corruption and disregard for the poor that exists across many post-Soviet countries. The story focuses on a Russian plumber and municipal repair chief who is called out to fix a burst bathroom pipe in a very working-class apartment block. He discovered that the building had fissured from the ground up to the ninth and last floor and could collapse at any second. Thus begins a futile quest to make corrupt officials do their job and evacuate the building, leading to a spiral of murder and misery.

The film demonstrates the hopeless way of life that exists for lower classes across Russia. The way of life in huge apartment blocks defined by drug abuse and domestic violence is captured in various harrowing scenes, including one tense scene where the main character stumbled across a meeting of aging, alcoholic Russian criminals laden with crude prison tattoos

How I ended This Summer

When it comes to Russian movies of the horror genre, Russians don’t do jump scares. Instead, they delve into the depths of human behavior. How I Ended This Summer was directed in 2010 by Alexei Popogrebski. It focuses on a young meteorology student spending the summer at an isolated, Soviet-era weather station on a remote Arctic island with only the older, experienced, and tough geophysicist Sergei for company. When a dark radio message is received at the station, the two men rapidly begin to distrust each other and the situation on the island becomes terrifying as one turns on the other.

A story of terror with help hundreds of miles away in the most remote part of Russia featuring radiation poisoning, bear attacks, and freezing conditions make How I ended This Summer an epic watch and demonstrates a journey into the depths of human behavior in isolation.

My Joy was directed by Sergei Loznitsa in 2010 and became the first Ukrainian film in history to compete for the Palme d’Or. The film is set in the Smolensk region of Russia, which was heavily fought over in bloody battles during WW2. From female on male rape and unhinged violent corruption to child prostitution and cold-blooded murder, this film is not for the easily offended as it demonstrates uninhibited depravity and the depths of human nature.

The story focuses on a young truck driver transporting cargo through Russia. On the road, he picks up a hitchhiking old man who recounts to him a disturbing story. The plot then shifts between WW2 and the present. Later, as he is stuck in traffic on a remote road due to an accident, the driver meets a child prostitute who is hanging around with aging roadside hookers in a scene that is grossly inappropriate but a realistic look into poverty.

The child informs the driver that he can evade the traffic jam as there is a shortcut through a swamp that is cursed. The swamp soon overpowers the driver and he becomes lost before bedding down there for the night. However, he is not alone and is soon joined by a roaming gang of rural criminals and thus begins the harrowing journey into the darkness of post-Soviet Russia.

Described as the most realistic war movie ever made, Come and See is easily regarded as the king of dark Russian movies and had to fight eight years of Soviet censorship due to its realistic depiction of the horrors of WW2. Come and See was directed by Elem Klimov during 1985 in Soviet Belarus. The screenplay was based on the 1978 book I Am from the Fiery Village which contained testimony from the survivors of Nazi massacres in Belarus. The title was in reference to the revelation in the Holy Bible featuring the Four Horsemen of the Apocalypse, this was a movie that used live rounds and starvation of actors to achieve the realism of the horror of war. When filming was finished, the hair of some actors had turned grey and there was concern that some, including the main character, would end up committed to a mental asylum as a result.

Come and See depicts the era of Nazi occupation in Belarus, a country that lost 1.9 million people or about 20 percent of its population during WW2. Its dedication to accuracy meant that it was only shot inside Belarus, without professional actors and the language spoken in the film is Belarussian. The plot follows the main character Flora, a young partisan, over a period of 2 weeks and by the end of the movie, after witnessing the atrocities and mass murder of Nazi troops and their Ukrainian collaborators, Flora is aged to look twenty years older with his childhood innocence violently torn from him, leaving behind a gaping void of nihilism and a life fueled solely by hatred for the Nazi enemy and devoted solely to their demise.

One of the most striking scenes from the movie is that of a captured fanatical SS officer who had just carried out the massacre of a village. Despite being surrounded by Soviet partisans and staring death in the face, he unleashes a diatribe of Nazi bile about the ethnic destruction of inferior races and how killing him won’t stop it. And he was sadly right, the Soviet Union would lose 26 million of their citizens before conquering Fascism in the burning ruins of Berlin.

For more articles on Russian news and culture, check out our Russia department. To travel to the largest country on earth, check out the range of affordable adventure tours offered by the team at Soviet Wastelands.