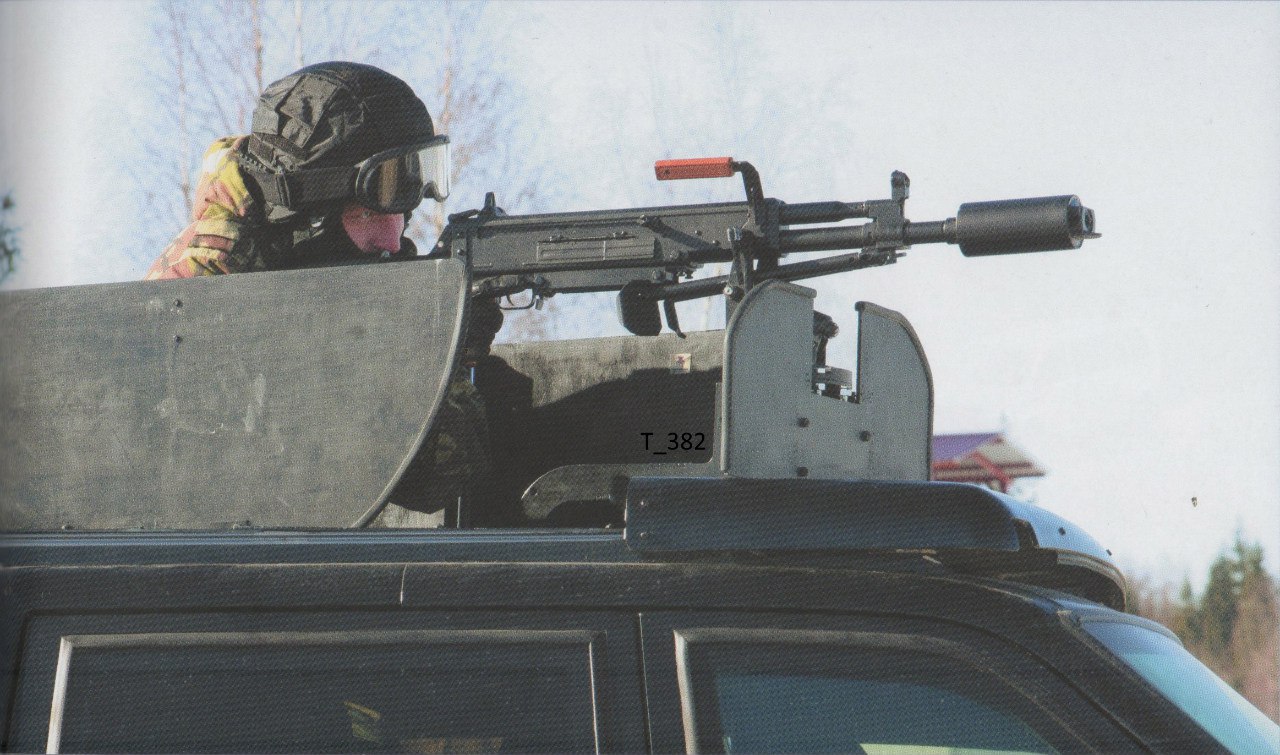 Last week, we posted an article looking at Russia’s 50. Caliber Assault Rifle called the ASh-12.7. Well, today we found another insane Russian weapon that is wild enough to rival the ASh-12.7. We present to you the 6P62. An absolute beast of a gun and a quintessential Russian weapon that is handy for if you’re ever attacked by a bear, a killer whale and a great white shark, all at once.

Designed back in 2010, the 6P62 ( or 6П62 in Russian Cyrillic) is the Russia Ministry of Defence designation for the domestic handheld machine gun. The weapon was designed to provide close anti-vehicle support at a strongpoint or roadblock, where the engagement range is too close for grenade launchers or rocket launchers. It would also be easier to transport and quicker to set up than a heavy machinegun or automatic-grenade launcher emplacement. Its most effective use would be by military police and border guards at checkpoints. It could also be used by assault troops to take and hold vital transport junctions like crossroads and bridges while waiting to be relieved by follow-on troops.

Chambered for the 12.7×108mm round, which is basically a 50.bmg with a little more length and slightly more powerful, this monster of an automatic weapon shoots at 500 RPM and weighs in at around 40 pounds. The 6P62 is a gas-operated, magazine-fed weapon and the magazine holds 14 rounds. Featuring a short barrel and a folding bipod, it has a large compensating muzzle-brake on the end of the barrel to reduce the muzzle flash, sound, and recoil of the heavy round to manageable levels. The suppression on this thing must make it feel like your being teleported into the bottom of a 15-foot pool with every shot.

Another weapon to add to the ever-growing list of guns and crazy battlefield inventions and firearms to come out of the East. Oh Russia, never change.

For the latest Reaper Feed news on weapons from global militaries, check out our weapons and tech department. To travel to the former Soviet Union and try out some of their batshit crazy weaponry on a range, check out the adventure tours offered by the team at Soviet Wastelands.