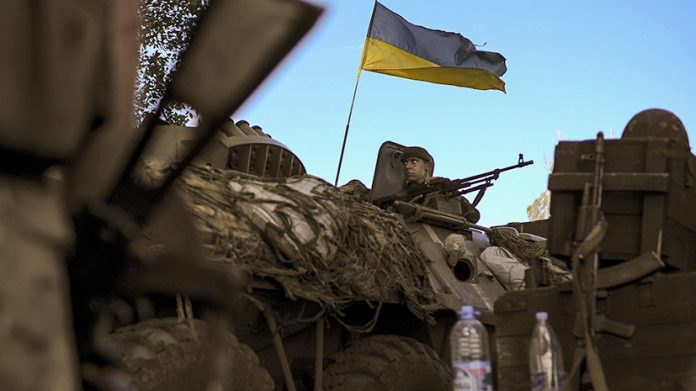 The latest addition to our combat footage section shows the grim aftermath of an artillery strike in Donetsk during the current War in Ukraine. The man who was peppered with shrapnel was a war photographer called Serhiy Nikolayev. In the past, he had worked in conflict zones such as Georgia, Libya, Somalia, and Syria where he focused on war and particularly its impact on children. The incident took place in the village of Peski which is located just 1.5 kilometers away from Donetsk airport.

Serhiy was working alongside his colleague Bogdan Rossinsky who was also caught in the blast but was non-lethally wounded. Serhiy suffered significant injuries as a result of shrapnel from the blast and was taken to a nearby hospital in the town of Krasnoarmiysk. But his injuries were fatal and he later passed away. Both sides (pro-Russian separatists and Ukrainian troops) were subsequently blamed for the death. The footage is from a wider documentary called ”War for Peace”.

The Story Behind the War in Donbass

In 2014 as the pro-Western Euromaidan revolution swept across Kyiv and wider Ukraine, the government led by Viktor Yanukovych collapsed. In contrast to the Euromaidan protests, pro-Russian protests in the south-eastern regions of Ukraine, particularly Donetsk and Lugansk regions. These soon escalated into full-blown separatist movements

Some of the most infamous battles took place at the recently built Donetsk Airport and the city of Debaltseve. In the aftermath, a vain effort to stop the carnage a new agreement was drawn up in February 2015 called Minsk II. After it was signed, separatist forces launched a mass assault on the strategic city of Debaltseve and pushed Ukrainian forces out. Since then, the war has ground to a stalemate with people still being killed every month. Various international fighters have become involved on both sides.

For more reportage from the conflict in Donbass and the aftermath of various incidents there, follow us on Twitter.