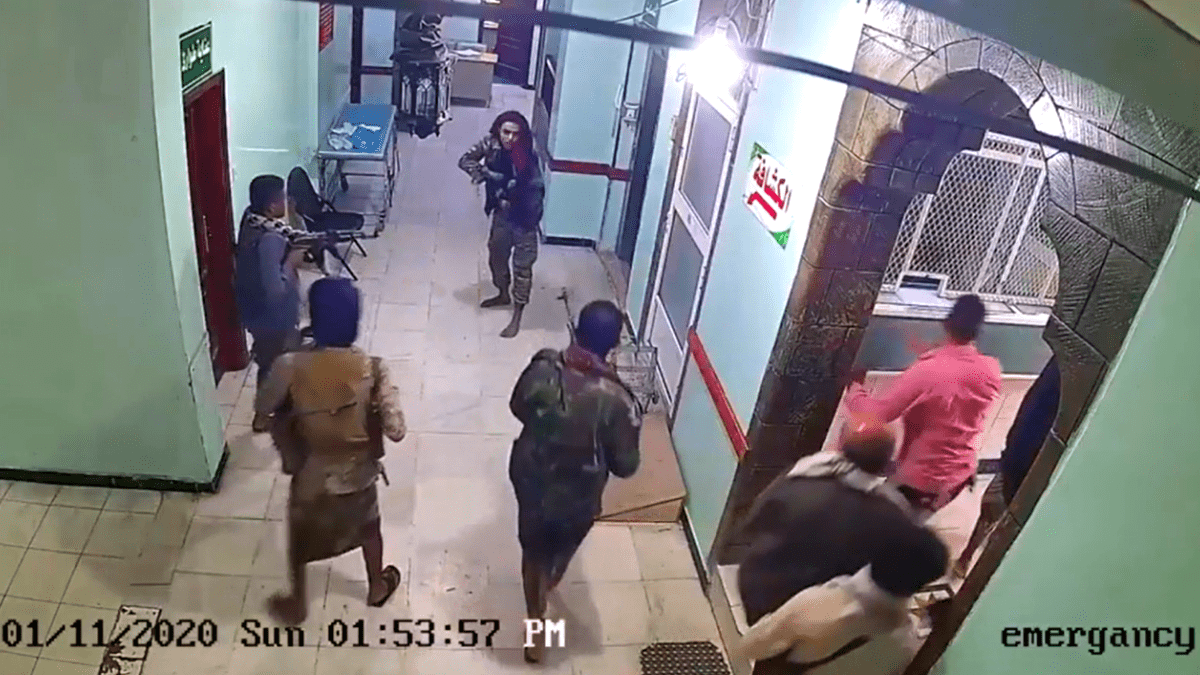 The following CCTV footage was captured in a hospital in Yemen at the beginning of this month. It shows Houthi fighters walking into the hospital to confront an enemy soldier. As they attempt to apprehend and disarm the enemy soldier, a violent firefight erupts. In desperation, the outnumbered soldier throws a fragmentation grenade down the hall which fails to detonate. After seemingly being hit by one of the various rounds flying around, he is finished off with a burst of fire from a Kalashnikov assault rifle fired by one of the Houthi fighters.

One of the most shocking aspects of this violent video is the presence of multiple young children who arrive after the outbreak of violence and catch the aftermath. In Yemen, a country that has been at war for half a decade, such incidents are commonplace. Hospitals in the country, overrun by combat wounds and famine victims, are not spared from the violence that has overrun the country since 2015.

The Violent Firefight Was Part of the War in Yemen

The combat footage of the violent shootout in the hospital is a result of the Yemeni Civil War which erupted back in 2015. It’s a conflict that is largely fought between two factions: the Yemeni government led by the Abdrabbuh Mansur Hadi and the Houthi armed movement, alongside their supporters and allies. Both sides claim to constitute the official Yemeni government.