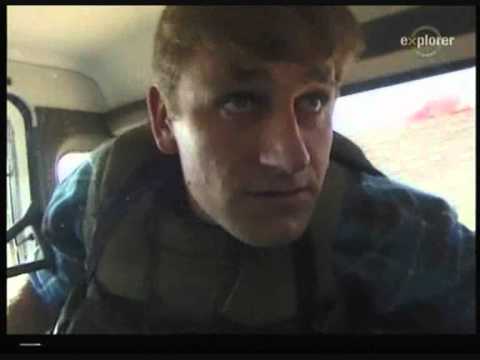 South Africa is a country where violent crime and lawlessness is off the scale. It is estimated that over 40% of South African women will be raped in their lifetime. It’s a state that sees 21,022 killings a year which averages out to about 58 murders a day, most of which take place during robberies. It’s stats like this that elite South African police units such as the Special Task Force are up against.

In this video, a documentary team followed a unit of the South African Special Task Force as they responded to a robbery in progress. What followed was carnage. Cars flying through the air, Molotov cocktails exploding prematurely and all topped off with the majestic swoop of a South African police helicopter overhead. This combat footage is the definition of TIA (This is Africa).

The men in the video are members of the STF which stands for the Special Task Force. It’s an elite police tactical unit of the South African Police Service (SAPS). The Special Task Force handles high-risk operations that fall beyond the scope of classic policing which require specialized skills.

The armed robbers the STF are up against are not your standard petty criminal. These are heavily armed and dangerous individuals who wouldn’t think twice about murdering the cash in transit guards or the STF responders. As they demonstrated when they tried to run the officers over at high speed. A maneuvor which ended gruesomely for the armed robbers.