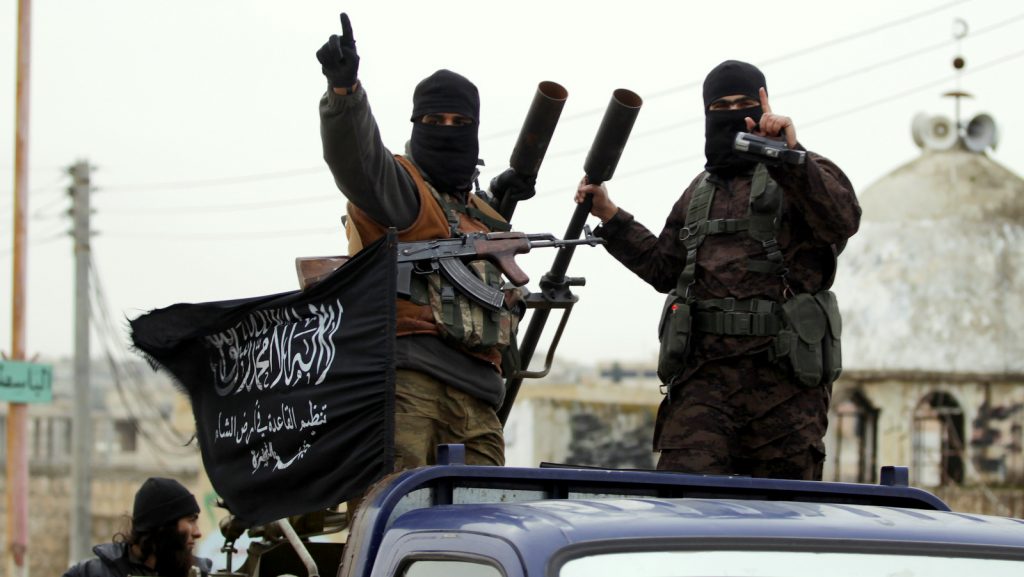 The following video took place in Syria between ISIS Jihadists against Kurdish SDF and YPG foreign volunteers. It demonstrates the reality of combat in Syria and Iraq, where ISIS militants can take ground surrounding your position using the cover of thick trees and buildings.

At 0:40 seconds in, one Kurdish SDF fighter is inches from death when an ISIS sniper round punches a hole into the wall a few steps to his right. As ISIS surrounded the position in the countryside of Syria, the men were forced to flee under the cover of an airstrike. During the chaos, a foreign fighter from Korean was left on the rooftop as ISIS closed on the building. Luckily, he was rescued by his comrades just in time.

This video was originally part of a longer documentary called Inside ISIS’s Final Fight focusing on the current war on ISIS in Syria and Iraq.

SDF stands for the Syrian Democratic Forces. They are an alliance composed primarily of Kurdish, Arab, and Assyrian militias, as well as some smaller Armenian, Turkmen, and Chechen forces. The SDF is militarily led by the People’s Protection Units, a mostly Kurdish militia.

YPG is a Kurdish acronym for the People’s Protection Units or People’s Defense Units. The YPG is a mainly-Kurdish militia in Syria and the primary component of the Syrian Democratic Forces. The YPG mostly consists of ethnic Kurds but also includes Arabs and foreign volunteers as is seen in this video. The YPG is closely allied to the Syriac Military Council, a militia of Assyrians

ISIS needs little introduction. It stands for the Islamic State of Iraq and the Levant. Officially known as the Islamic State and also known by its Arabic-language acronym Daesh. ISIS is a militant group and a former unrecognised proto-state that follows a fundamentalist, Salafi jihadist doctrine of Sunni Islam. It’s followers have carried out a range of horrifying crimes against humanity during war and peace.

What’s the story behind the war?

The Syrian civil war began in 2011 and continues to rage into its tenth year. The war in Syria is an ongoing multi-sided civil war in Syria being fought between the Ba’athist Syrian Arab Republic led by Syrian President Bashar al-Assad, along with domestic and foreign allies such as Iran and Russia, and various domestic and foreign forces opposing both the Syrian government and each other in varying combinations.