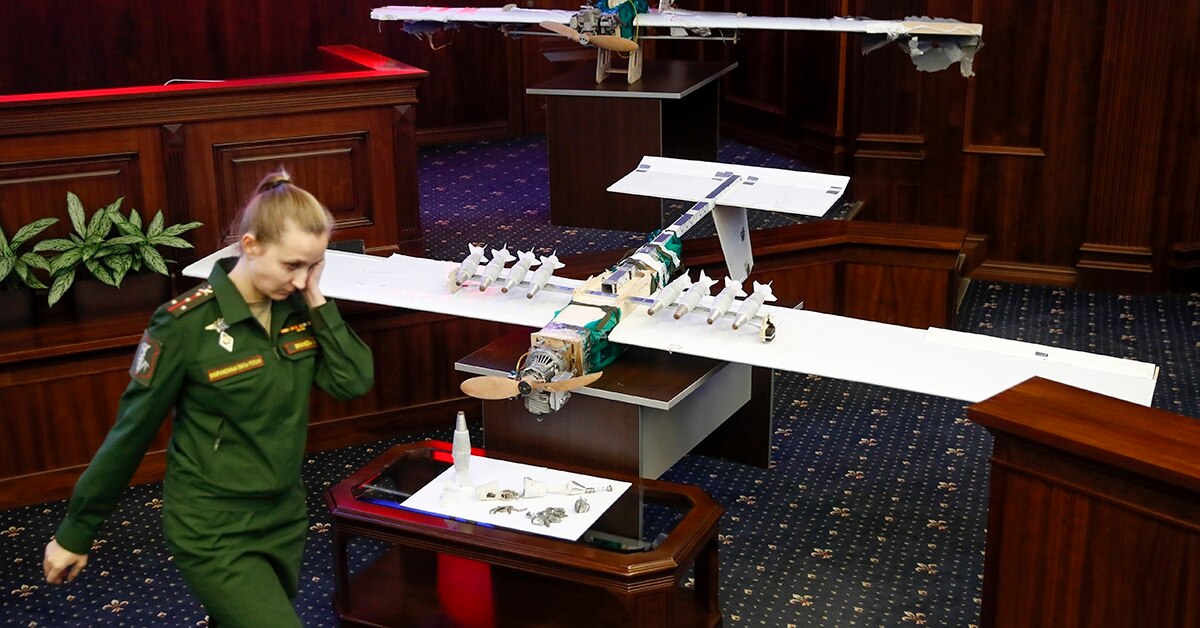 Unmanned, remote-controlled drones have been a feature of various global conflicts since WW2. But it was in 1995 when they were revolutionized in 1995. The Gnat was this revolution. Developed by the San Diego defense contractor General Atomics the Gnat carried something new: video cameras.

Those at work on battlefields around the world had long coveted the ability to see over the next hill. Manned aircraft delivered that, from gas-filled balloons in the Civil War and from airplanes in the 20th century, but only until the pilot or his fuel was exhausted. Satellites provide an amazing panorama but they are expensive, few in number, and not always overhead when needed. The Gnat gave commanders a 60-mile panorama from a platform that could stay airborne more or less permanently, with vehicles flown in 12-hour shifts. Later renamed the Predator, it quickly became the U.S. military’s preferred surveillance tool.

With an almost UFO vibe, the Mikoyan Skat can trace its roots back to 2005. The aircraft is a low-observable, subsonic UCAV. It can carry a combat load of up to two-ton and be armed with large missiles such as the Kh-31. Over 33 ft long and with an almost 38 ft wingspan, the aircraft boasts a maximum takeoff weight of ten tons, a maximum speed of 800 kilometers per hour (497 mph). It has an impressive combat radius of 2,000 km (1,240 miles).

Manufactured by the Kronstadt Group, the Orion Drone has become a defining feature of Russia’s operations in the Syrian civil war.

Like most technology in active use by Russian forces, the Orion is mostly rather guarded. But we do know it can hold four bombs and four missiles with a payload of 200kg. It’s maximum flight time is 24 hours, which combined with its payload, this Russian Predator drone has just enough to ruin your day.

A veteran of the Ukrainian, Libyan and Syrian civil wars, the Orlan-10 was developed by the Special Technology Center in Saint Petersburg primarily for the Russian Armed Forces. They run rather cheap where drones are concerned and are reported to cost around $120,000 apiece.

Whilst primarily used for observation and electronic warfare, the latest version of the Orlan-10 is destined to have a laser designation system attached to allow it to pinpoint targets for precision-guided artillery and aircraft munitions

Developed in partnership between the mighty Russian aircraft firms of Sukhoi and MiG, the Sukhoi S-70 Okhotnik-B which translates to ‘Hunter’ is a Russian stealth heavy unmanned combat aerial vehicle loosely based on the earlier Mikoyan Skat with some technologies of the Sukhoi Su-57 fighter jet.

The Okhotnik takes advantage of composite materials and stealth coatings to make it low observable during flight. Weighing around 20 tons with a wingspan of 65 ft, it can hit speeds of up to 1,000 km/h while carrying its 2,000kg payload.

Designed by the Yakovlev Design Bureau, the Yakovlev Pchela-1T translates to ‘The Bee’. It’s mostly used for surveillance and observation in battlefield environments as well as target designation.

The Pchela is launched by two solid-propellant booster rocket engines, and it is recovered via parachute. As well as being used by the Russian forces, it is also in service with the armed forces of North Korea.

Whilst not all of the Russian drones featured on this list are classed as ‘Predator’ they are all capable of combat roles and target designation. For most articles on military technology from around the world ranging from Russian predator drones to handheld 50. caliber machine guns, check out our weapons and technology section.