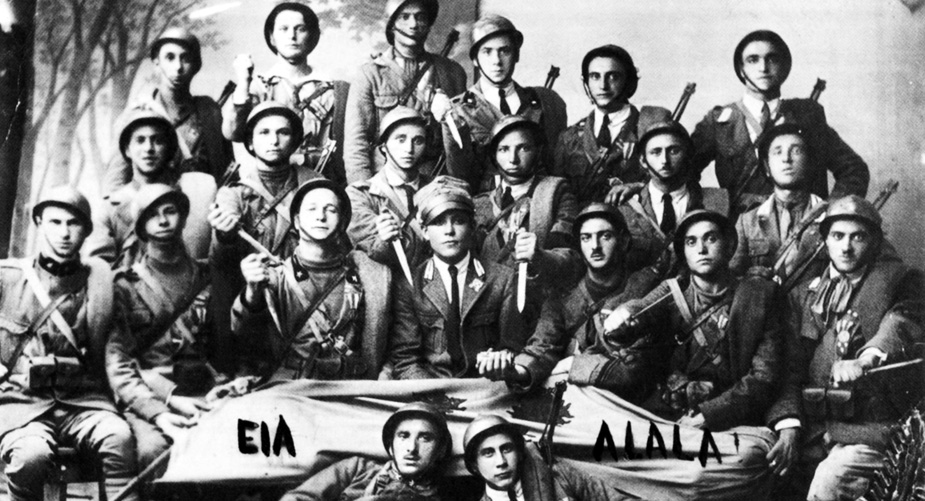 It’s no secret that the military history of Italy during the 20th Century often falls victim to being the butt of jokes. This is largely due to the failure of Italy to be a major voice at the Versailles meeting combined with the poor military performance and subsequent switching of sides during World War II. However, during the First World War, the Italian Army was home to one of the most feared units of the entire conflict: the Arditi.

Whilst the Arditi concept was born in 1914 from raiding squads set up in the Italian Army, they would come into their own in the last two years of the First World War. By 1917, 3 years of grueling trench warfare had taken its toll on the Italian Army. Inspired by the successful German efforts at creating a battalion of elite stormtroopers, a group of Italian officers who had been active on the frontline against the Austro-Hungarian Army proposed that specialist assault units be created in order to break the deadlock warfare that was characteristic of the First World War. By the 29th of July, 1917, Italian King Victor Emmanuel had given the all-clear for the formation of Arditi units.

In order to ensure determination, the unit was composed of volunteers. The first Arditi units were formed of the most daring, aggressive, and violent men that could be found as well as hand-picked from serving Bersaglieri or Alpini units which were renowned for their stamina and physical prowess. Recruiters looked for those with advanced skills in fencing and hand-to-hand combat, such skills would then be built upon in further training that took place in the province of Udine.

At basic training, in combination with relentless physical tests, the Arditi were trained in constant training of skills and nerves. Hand-to-hand combat, with or without weapons, played a large part in their progression. The Italian Army used techniques learned from the ‘Flower of Battle’, a medieval book on martial arts and fencing written by Fiore Dei Liberi who was a late 14th-century knight and fencing master.

For advanced training, the Arditi focused on marksmanship as well as the use of flamethrowers, machine guns, and grenades. Some Arditi were killed in intense and highly realistic training. Before long, the intense and rigorous training morphed the Arditi in a highly effective and elite unit with a close bond.

After training, the units would be issued with their weapons in preparation for the front. The typical loadout of the Arditi consisted of light assault weapons like carbines like the Carcano Moschetto 91, pistols, daggers, and grenades. The dagger was used for close combat whilst grenades were used to create panic and confusion. 37 mm and 65 mm cannons were also utilized against enemy pillboxes and fortifications. In addition, they would often be kitted out in armor that resembled a force from the medieval era. The Arditi soon proved their military worth through their ability to resolve battlefield situations tactically impossible for regular Italian Army units.

A common tactic was for the Arditi to approach enemy trenches as it was under fire from Italian artillery. In the crucial seconds following the artillery attack, they would storm the enemy trenches and take advantage of the enemy huddling for safety or in shellshock. They soon gained a reputation for killing the enemy with daggers, due to rifles being cumbersome in trenches. The Arditi would then hold a captured trench until regular reinforcements arrived. Whilst their almost medieval style of combat was highly effective at capturing territory, it was common for the Arditi units to lose up to 30% of their unit strength during these daring attacks. Their motto was fitting: “Either victory or everyone dies”.

One Arditi squad gained infamy through their actions during the fights along the River Piave in Italy. Utilizing stealth tactics, the Arditi slowly crept across the river with iconic Sardinian daggers called a Resolza clutched between their teeth. After navigating the river, the Arditi proceeded to unleash chaos on the Austrian and German defenders. These actions earned them the nickname “Caimans of the Piave” and they contributed to the breakthrough on the Piave in November 1918, which subsequently led to the defeat of the Austro-Hungarian forces.

Following WW1, the Arditi was disbanded but many veterans found a new lease of life in the turbulent political atmosphere that had gripped post-WW1 Italy. Arditi veterans participated in the illegal occupation of the city of Fiume which is today called Rijeka and located in Croatia. A significant number of Arditi veterans also joined the fascist movement and formed a paramilitary group called the squadrismo. However, others joined anti-fascist paramilitary groups such as the Arditi del Popolo which was mostly made up of communists, socialists, and anarchists.

In the groundbreaking first-person shooter franchise, Battlefield 1, which was set during the First World War. The infamous Arditi and their fighting prowess were portrayed in the form of armored fighting men during the campaign through the Italian Alps.

For articles related to the world of stormtroopers like the Arditi, check out our feature piece on The Five Men You Don’t Want to Face in War as featured in Reaper Feed’s Military History Department.