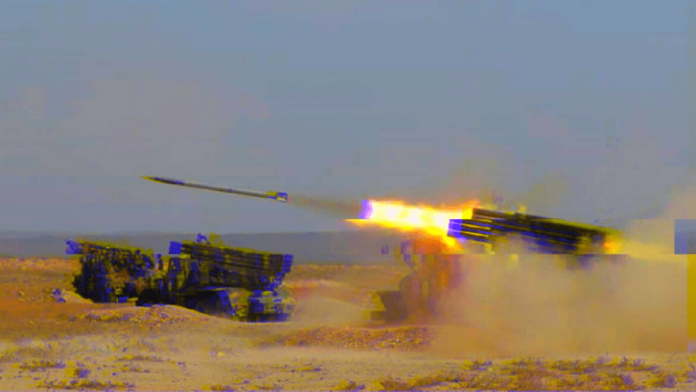 Footage from the ongoing war in Nagorno Karabakh shows two Armenian soldiers enjoying some respite from the fighting in the form of bread and Nutella. As Azeri artillery begins to pound their position, one of the troops runs out under fire to rescue his sweet treat.

The footage demonstrates a purely human moment in the midst of the grueling conflict that continues to grow more fierce by the day. War is hell and such snack times during a respite in fighting are pure bliss. It makes complete sense why the Armenian soldier refused to leave the Nutella behind.

Nutella and Artillery – The Ongoing War Over Nagorno Karabakh?

For unfiltered, uncensored combat footage from the heart of human conflict around the world be sure to check out the Reaper Feed Combat Footage department. For our on-the-ground reportage from global warzones check out our Frontline Dispatch articles