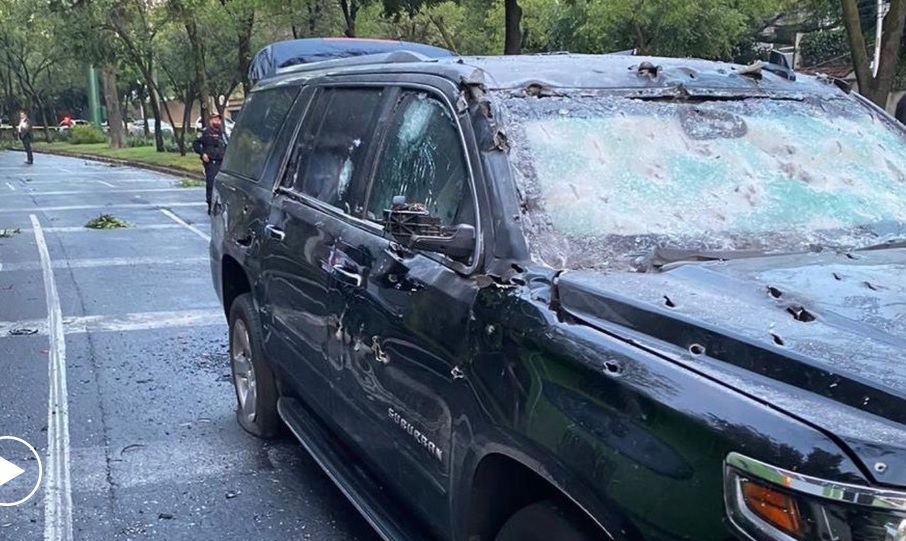 Gunmen believed to be part of the infamous New Generation Jalisco Cartel of Mexico launched a brazen attack on the police chief of Mexico City. Although he was shot three times the assassination attempt failed to kill the police chief. However, it did claim the lives of his two bodyguards and a bystander. The attack took place in a wealthy area of Mexico City that is home to various business leaders and ambassadors.

Despite this brazen attack, the cartels are undertaking a charity campaign in other regions of Mexico in an attempt to win the hearts and minds of residents struggling through the coronavirus pandemic.

The early morning attack in one of the most heavily guarded and safest parts of the city damaged the fragile image that Mexico City is an oasis mostly shielded from the gruesome cartel violence that has torn other parts of Mexico apart. The assassination attempt is expected to initiate a new front in the battle between Mexico’s security forces and the cartels.

During the past ten years, the security situation in Mexico City has gradually deteriorated. Murders, extortion, and kidnappings have continued to rise. But despite their growing power, inner-city gangs are far less powerful than the Mexican drug cartels who control the country’s drug trade and run their operations outside of the capital.

The police chief who was targeted is named García Harfuch. He took the position last year and has since led an aggressive crackdown on organized crime and has examined collusion between law enforcement officers and criminal groups. Whilst recovering from his wounds in hospital he released a tweet blamed the attack on the Jalisco New Generation Cartel.

This is the second time this month that the Jalisco New Generation Cartel has been accused of launching a high-profile attack on a Mexican public official. A federal judge named Uriel Villegas Ortiz and his wife were both shot dead at their home in the Mexican state of Colima the week before the assassination attempt of García Harfuch.

The importance of counter surveillance training

An Instagram post made by @CombatMF revealed what appeared to be military-grade signal inhibitors used in the attack. Initial research revealed that the cartel assassins had been lying in wait since the early hours.

Whilst no disrespect is intended towards the deceased bodyguards of Harfuch, this is a case study in the importance of counter-surveillance training and it’s importance in the world of close protection.

Who are the Jalisco New Generation Cartel?

When the Milenio Cartel began to fragment in 2012, the Jalisco New Generation Cartel formed alongside their enemy cartel splinter group La Resistencia. CJNG were accused by La Resistencia of cooperating with the Mexican authorities and handing over Oscar ‘El Lobo’ Valencia.

A subsequent war broke out between the two and CJNG was victorious and rapidly seized control of the drug smuggling networks that previously belonged to Milenio cartel. In the space of six months, CJNG had expanded its drug operations in Mexico from the Pacific to the Atlantic coast. El Chapo’s infamous Sinaloa Cartel was allied to the CJNG who acted as an armed force in El Chapo’s territories in both a defensive and offensive role.

The CJNG is currently headed by the wanted drug lord Nemesio ”El Mencho” Cervantes and is considered the second most powerful cartel in Mexico.

In contrast to other Mexican cartel groups, the CJNG has launched a publicity campaign through a series of videos online which aim to gain society’s approval and tacit consent from the Mexican government to confront other violent cartels such as the Los Zetas by posing as a “righteous” and “nationalistic” group. Developments such as this are a dangerous sign that Mexico, just like Colombia a generation before, may be witnessing the rise of paramilitary drug gangs.

Related articles can be found in our terrorism and drugs section.