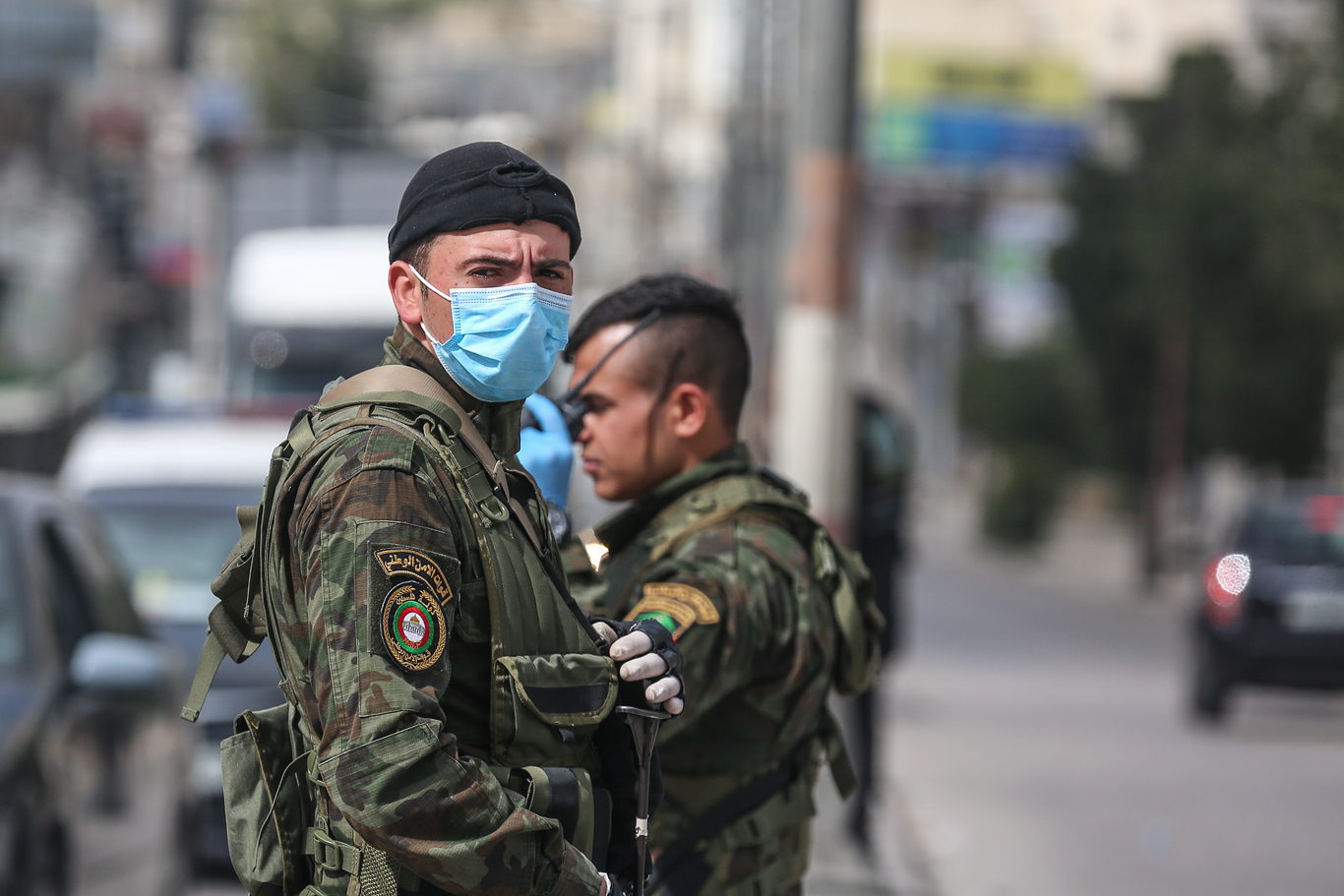 As 2021 edges ever closer it’s clear that life for the foreseeable future will be changed forever by the outbreak of the coronavirus. As our economies slowly crumbled and most of us remained behind closed doors in an attempt to slow the spread of the virus, the most dangerous cartels and terrorist groups in the world did no such thing. Violent organizations worldwide saw a prime opportunity to seize advantage of the pandemic. Their aim? To increase the popular support from the people, seize hearts and minds, and protect their territory.

The Central American coastal country of Mexico ranked 11 on the list of countries hit worst by the coronavirus. For the past decade, poverty-stricken Mexico has been fighting a grueling battle with the country’s ever-growing network of powerful drug cartels. The coronavirus has only served to further batter the Mexican economy and the country is en route to its harshest recession in living memory.

In Mexico’s second-largest city of Guadalajara, a young woman named Alejandrina Guzman was featured in a viral Facebook video that showed her kindly handing out charity aid to the poverty-stricken residents who are struggling to survive through the pandemic.

The aid was delivered in boxes with slick logos featuring the image of the now incarcerated former Sinaloa cartel lord Joaquin ‘El Chapo’ Gusman. Who also happens to be Alejandrina’s father. The aid boxes were called ‘Chapo’s Provisions’ and contained cooking oil, sugar, and rice among other supplies. But Alejandrina is not the only one to take advantage of the pandemic to build hearts and minds amongst the Mexican population.

“We are working and contributing. A great pleasure to visit your homes and give you these Chapo handouts”

Various cartels in Mexico have appeared across social media as they assign their footsoldiers the task of handing out aid to local residents in their territories. Despite their gruesome reputation for ruthless executions that have ranged from beheadings and dissolving victims in baths of sulphuric acid, the cartels are becoming increasingly successful in tapping into the hearts and minds of impoverished Mexicans who feel abandoned by the government. The charity campaigns no doubt aim to distract from the ruthless violence carried out by cartel gunmen and Sicarios.

One of the most popular videos was made by the infamous Jalisco New Generation cartel (CJNG) and featured masked men in military clothes handing out aid parcels labeled “From your friends, CJNG, COVID-19 contingency support” to local residents. This month, the CJNG was suspected of carrying out the murder of a judge and his wife in the Mexican state of Colima and the attempted assassination of the Chief of Police in Mexico City.

On the other side of the world, some of the most infamous terrorist groups are mobilizing to fight the spread of coronavirus on a larger scale than the Mexican cartel networks. Alarmingly, these anti-state groups have created an illusion that they are more capable of handling the crisis than central governments.

Hezbollah, the group that was named the world’s richest terrorist organization by Forbes magazine, is leading the fight to combat the coronavirus in Lebanon. Hezbollah runs hospitals which are providing Lebanese citizens free testing and treatment for coronavirus. Luxury hotels have been rented out as quarantine facilities by the terror group who have also mobilized tens of thousands of health works to treat and stop the spread of the virus. In the Gaza Strip, two gigantic quarantine facilities have been constructed by the Islamist terrorist organization of Hamas.

Even terror groups considered the most draconian have made drastic steps in stopping the spread of the virus. The Taliban, for example, have created videos educating Afghans on disinfection and militants have been distributing free soap and medical masks to the public. The Taliban has offered security guarantees to any aid groups or charities who want to work in their territory in an anti-coronavirus role, despite them being infamous for regularly attacking aid workers in the past.

Now a largely underground and online Sunni terrorist group, ISIS distributed a newsletter that broke down a number of directives issued by the group that aims to address the disease. Interestingly, when ISIS controlled the so-called Islamic State in Syria and Iraq they too attempted to undermine the central government by flaunting their own social and healthcare systems which featured British medical workers who had joined the group. In reality, the systems offered limited assistance and were usually hijacked from international charities.

Do They Really Care?

I’ve worked in various areas controlled by violent armed groups and the behavior of the cartels and terror groups in areas where central government control is weak or non-existent does not surprise me. Whilst it’s natural to assume that groups infamous for extreme violence suddenly caring for the community is nothing but a publicity stunt, there is a pressing and serious objective. Albeit one that is self-serving at its core.

The territories controlled by terror groups or cartel networks are almost exclusively out of the reach of the authorities. However, they are all in reach of coronavirus which does not discriminate. The cartels and terror groups are self-aware in the sense that their territory is only valuable if it’s populated by healthy people who support them.

Regardless of how ruthless and violent an organization is, the importance of support from the people is rarely underestimated. In Mexico, cartels who carry out fuel theft from pipelines often leave small amounts of gasoline and diesel for local farmers, to gain their support and keep them happy. Ideally, these citizens offer vital intelligence and security in return. Popular support is a vital pillar for a violent organization so the protection of citizens is seriously important.

Even before the outbreak of the current pandemic, groups like Hezbollah and certain cartels were already providing social services and medical treatment to the people. The weak response to the pandemic that has been shown by various governments is a prime opportunity for terrorists and cartels to grab further public legitimacy and entrench themselves into regular life.

Whilst cartels and terrorists trying their best to help people may be bewildering to some it isn’t a new phenomenon. The environmentalist campaign by the Somali terror group al Shabaab was an earlier example of an attempt by a violent organization to achieve relevancy and demonstrate leadership capabilities through hijacking global narratives.

In reality, cartels and terror groups cannot contribute much although the slick propaganda would have many people believe otherwise. The power increase and entrenchment into society these campaigns will gain various violent organization remain to be seen, as does the aftermath it will have on the world.