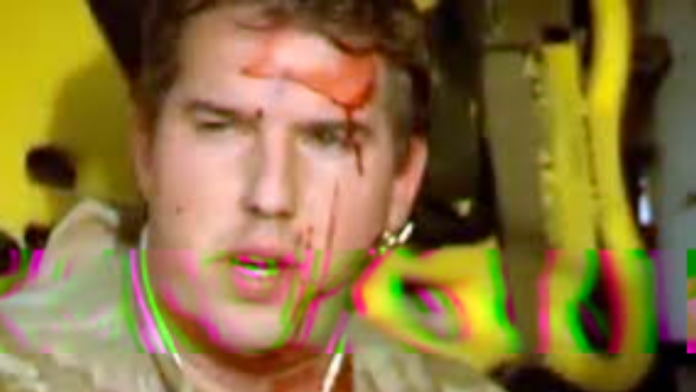 This piece of epic combat footage is from a discovery channel documentary on the War in Afghanistan. As Flight Lieutenant Ian Fortune piloted a Chinook helicopter a troop extraction in hostile territory, Taliban rounds began to pepper the aircraft. When bullets began bursting through the windshield, Ian Fortune was shot in the head. The bullet ricocheted off his temple leaving him pouring with blood but thankfully, he was able to power through and fly the damaged Chinook back to base and save everybody on board.

The composure of Flight Lieutenant Ian Fortune is phenomenal. To be able to keep calm after taking a 7.62 round to the head and manage to battle the unresponsive control of a Chinook under fire is a rare feat. The reporter embedded with the British troops also does well to keep his composure during the report, as he himself is faced with the very real possibility of a crash and death.

Bravo November saw its first war in 1982 when it was dispatched to the South Atlantic to support British troops in the Falklands War. It was here that Bravo November earned the fitting nickname of ”The Survivor”.

In April 1982, Bravo November was stationed onboard the MV Atlantic Conveyor cargo ship alongside three other Chinook helicopters. When an Argentinian Exocet missile destroyed the ship and all of the cargo on board, Bravo November was on an airborne operation and thus avoided a watery grave. The lucky Chinook helicopter managed to make an emergency landing on the HMS Hermes aircraft carrier.

Following the destruction of the three other Chinook helicopters and the remoteness of the Falkland Islands, Bravo November was the only serviceable heavy-lift helicopter available to the British military in the Falklands War and was maintained only with the on-board tool kit as that was the only thing available.

As a result, Bravo November saw heavy action throughout the Falklands War and earned the first of the four Distinguished Flying Crosses it would receive for commendable actions in conflicts. Ian Fortune was one of the recipients.

Since then it has gone on to see action Lebanon, Germany, Northern Ireland, Iraq, and Afghanistan. The Royal Air Force Museum London has a dedicated exhibit to this iconic aircraft that still remains in service to this day.

For an interview with Ian Fortune after he recieved his distinguished flying cross, you can see the Youtube video below for his personal version of the story where he describes what it was like being shot in the head.

An interesting note about the original documentary. Later on in the episode, RAF engineers examined the transmission of Bravo November and found that the steering controls were completely stuck. They go on to say that for pilot to have been able to steer the Chinook at all was a near impossible feat. Given that the Chinook was Bravo November, that says all you need to know.