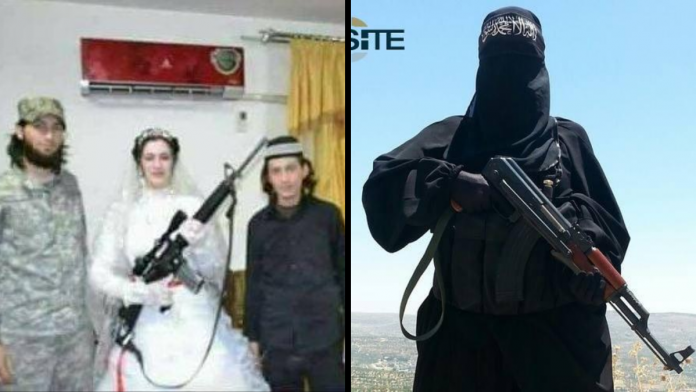 Despite the territorial defeat of the Islamic State, the presence of the group continues to haunt news headlines through stories of extreme brutality or through the many weird and niche stories surrounding the terror group. In a bizarre story that came out of Germany this month, a detained former ISIS bride revealed that due to economic hardship, she was forced to sell her prized ISIS wedding gift: an AK47 assault rifle.

A German citizen, the former ISIS bride is currently on trial for terror, weapons, and war crimes charges in Germany. Due to German privacy laws, her name hasn’t been released to the public so she has been given the pseudonym of Zeynep G.

Zeynep G is believed to have joined the Islamic State terror group after traveling to war-torn Syria via Turkey in fall, 2014. Once there, she is said to have married a foreign fighter from Chechnya before apparently filling the role of his housewife. In between her chores at home, she was involved in spreading ISIS propaganda on social media and encouraging friends and family to come and join her in the newly established ”caliphate”.

A year after marrying him, the Chechen fighter was subsequently killed in action. This led the widowed ISIS bride to make plans to remarry another foreign fighter. This time it was a German man who had also travelled to Syria to join ISIS. It’s said that Zeynep G then requested her future husband buy her an AK47 as a wedding gift as well as sufficient firearms training to be able to use it.

The German fighter approved of the request of his new ISIS bride and gifted her with a Kalashnikov assault rifle. Afterward, the pair moved to the Syrian city of Raqqa which was then an ISIS stronghold. There, they set up a new home in the property of a civilian who had fled the Daesh reign of terror. Under international law, this is classed as looting in conflict and as such, it landed this ISIS bride the prospect of a war crime charge.

The captured ISIS bride informed German prosecutors that a few weeks after getting married, her much sought after AK47 needed to be sold on due to lack of cash. Two years later in 2017, her German ISIS fighter husband was also killed in action, and Zeynep G was subsequently captured by Kurdish forces before launching an escape into Turkey.

Thankfully, she was quickly apprehended in Turkey by local authorities who then handed her over to German law enforcement to face justice in Germany. The court case continues.

* The photographs in this article are not those of the ISIS bride on trial. They are examples of other ISIS weddings that were sourced from @WithinSyria and @Kurdistan_Army on Twitter.

This article was originally published by The New Arab.