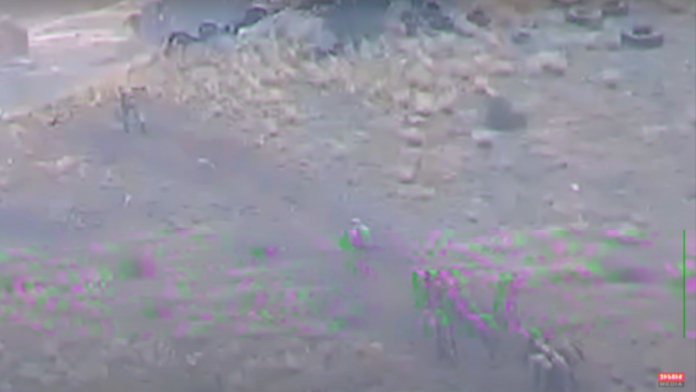 The following footage was captured during the currently ongoing conflict between Armenia and Azerbaijan over the disputed region of Nagorno Karabakh. As Azeri troops attempt to maneuver up a hillside, they are engaged by Armenian snipers. Despite their attempts to flee, numerous Azeri soldiers are shot dead.

The conflict has erupted into full-blown conventional warfare since breaking out on the weekend. There is a mass of footage of drone strikes carried out by either side and the number of dead is rising. According to Popular Front, today Azerbaijan launched strikes inside the territory of Armenia itself, signaling a significant escalation in the war.

Nagorno Karabakh – Why are Armenian and Azerbaijani forces fighting?