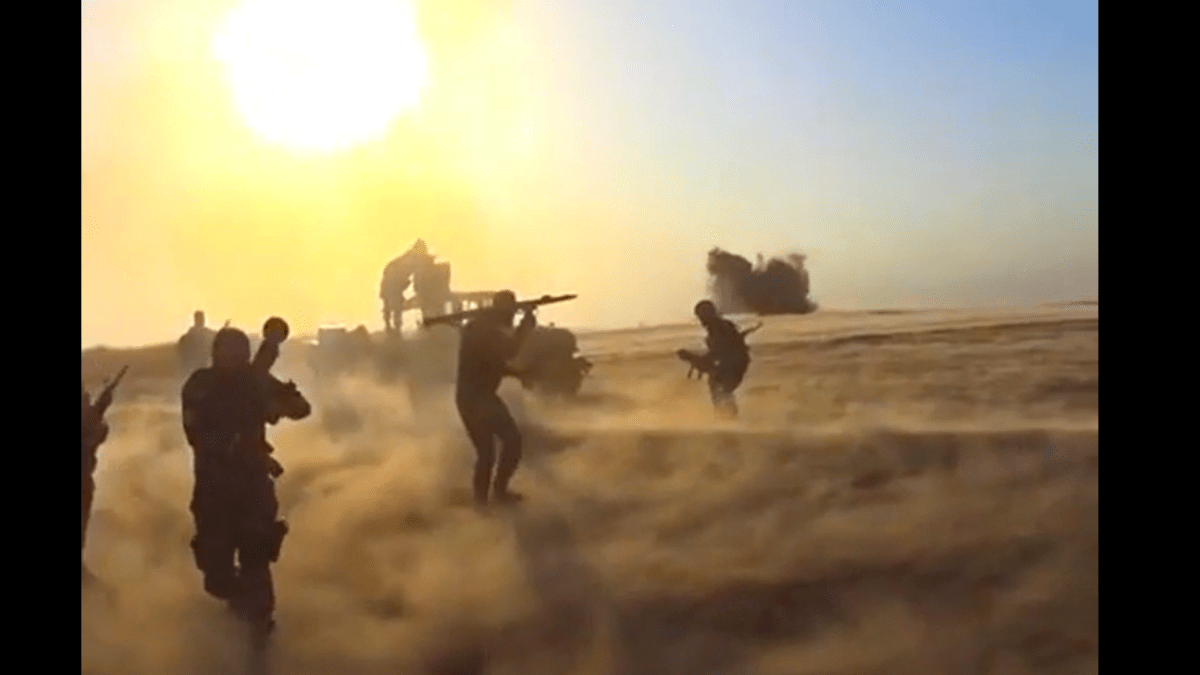 This combat footage was originally posted by @pershmergaswe on Instagram. It shows Peshmerga fighters being faced with a rapidly incoming ISIS Suicide Vehicle Borne Improvised Explosive Device (SVBIED). As some Peshmerga flees from the impending devastation of the attack, one fighter steps up and wipes out the vehicle with an accurate MILAN missile shot.

Whilst the combat footage posted on Reddit labeled the weapon being fired at the SVBIED as a rocket-propelled grenade (RPG), it is in fact a MILAN missile. Originally developed by Euromissile, a Franco-West German missile development program, the MILAN missile’s origins date back to the 1960s.

How Did The MILAN Missile End up in the Hands of the Kurdish Peshmerga?

The brainchild of West German and French weapons designers in the Cold War, the MILAN is a wire-guided SACLOS (semi-automatic command to line-of-sight) anti-tank guided missile that began service back in 1972 after undergoing extensive trials for a decade prior.

As a Cold War-era weapon, the MILAN is rather basic when compared to many of the new modern weapons systems on the market. The MILAN lacks a laser-guided “lock-on” system meaning the operator needs to manually guide the missile to the target while watching through the weapon’s sights. Naturally, many western militaries are phasing out the MILAN in favor of more modern weapons systems.

“The MILAN’s sights include a night-vision unit known as the MIRA, which comes in handy for observing Islamic State positions. This makes them even more highly desired since night-vision devices are in short supply in Iraq.”

Following the rise of ISIS in the summer of 2014, the Kurdish forces across Iraq and Syria proved themselves to be one of the most formidable lines of defense against the brutal terror force. As a result, the German government supplied 30 MILAN launchers and 500 missiles to the Peshmerga in September of the same year according to War is Boring.

At the time, the MILAN missile was one of the most advanced weaponry in the arsenal of the Kurdish Peshmerga. It was also their main defense against the SVBIEDs of Daesh, which are often armored and well-defended against small arms fire giving them the ability to deal significant damage to the Kurdish lines and cause multiple casualties.