Home Combat Footage Retreating ISIS Fighter Gets Shot in the Lung & Drowns in His... 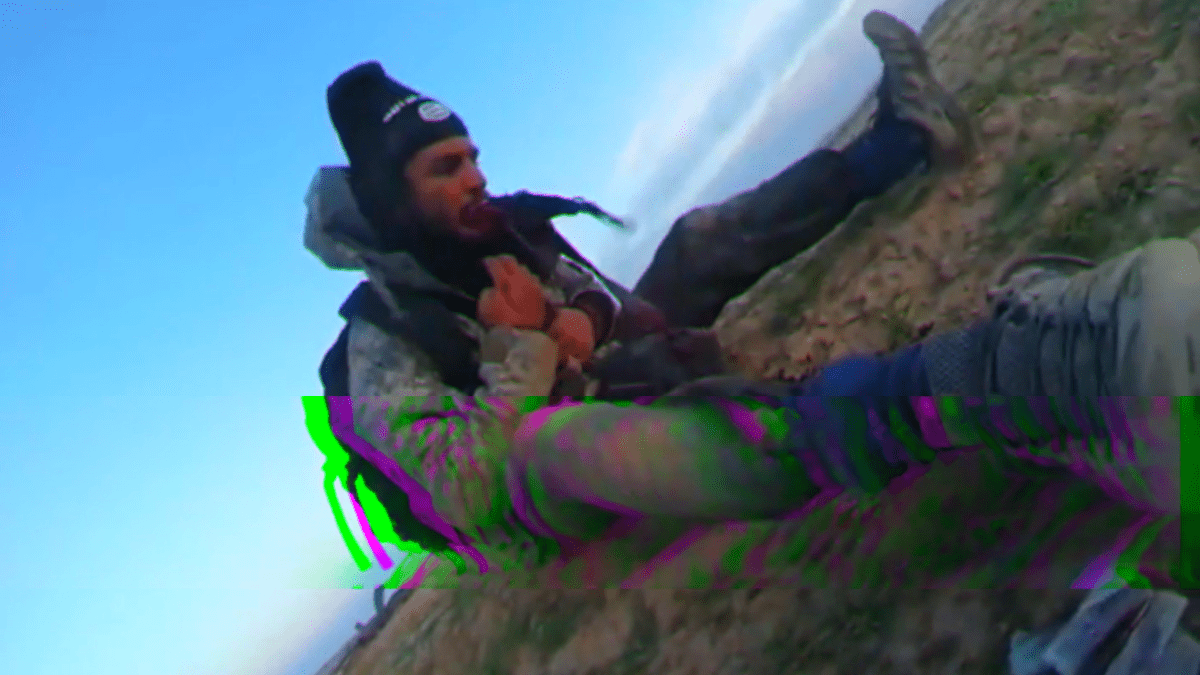 The following combat footage was filmed in what is believed to be the War in Syria. It shows a retreating ISIS fighter making a chaotic and ill-planned run back to friendly lines. As he reaches a fellow fighter recording and filling his magazines with ammunition, he is hit in the back by a round. He hits the ground before drowning in his own blood as his fellow fighter continues to fill his magazines and use the body of the recently slain fighter for cover.

The fighter reloading appears to say something along the lines of: “Be patient Akhi (brother), be patient. Death will come for you soon” as he continues to reload, not stopping for an instant. The release of such a demoralizing video and the lack of Nasheed being added shows that this is more than likely captured footage. It can be assumed that the cameraman was also killed shortly after his retreating ally.

The Retreating Death took place in the SYRIAN CIVIL WAR