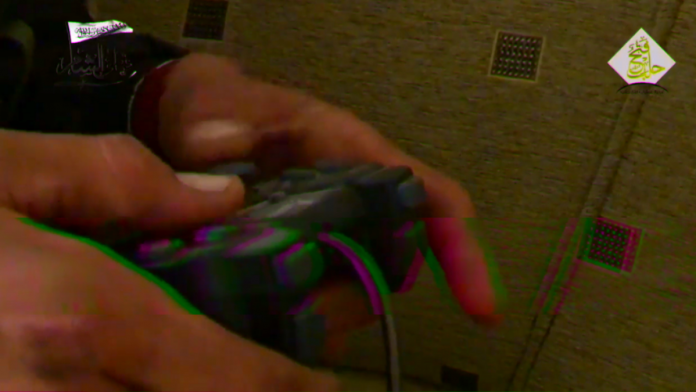 If there’s one thing to be said about war, it can certainly act as a drive towards technological progress whilst, of course, causing widespread destruction simultaneously. This interesting piece of combat footage shows a rebel group in Syria using a remote control gun controlled by a PlayStation pad from a PS2, to devastating effect.

The sheer amount of combat footage that has flooded the internet from Syria and Iraq tells us that the region is awash with tonnes of military-grade weapons, computers, and cameras. But various factions are now combining all of these tools to create various types of a remote control gun. It’s believed that the bulk of such weapons have stemmed from the war-torn city of Aleppo. Where locals specializing in electronics and engineering have turned their skills to creating deadly equipment.

Similarly, Allepo was also the quasi-birthplace of the Hellcannon used by the Free Syrian Army (FSA). Known as the Jahannam (Hell) in Arabic, the Hellcannon was first produced by insurgents belonging to Ahrar Al-Shamal Brigade back in 2012. Initially, the manufacture of the weapon took place at a plant in the Syrian town of Binnish but later moved to Aleppo where various manufacturing and engineering businesses were repurposed for production of the weapon.

According to War is Boring, a report released by the U.S. military claimed that it is worrying thought as to what such insurgent groups and irregular forces creating such remote control guns, could do if they had access to better materials. Potentially, they have the ability to one day create a weapon that matches the capability of similar weapons developed in the United States.