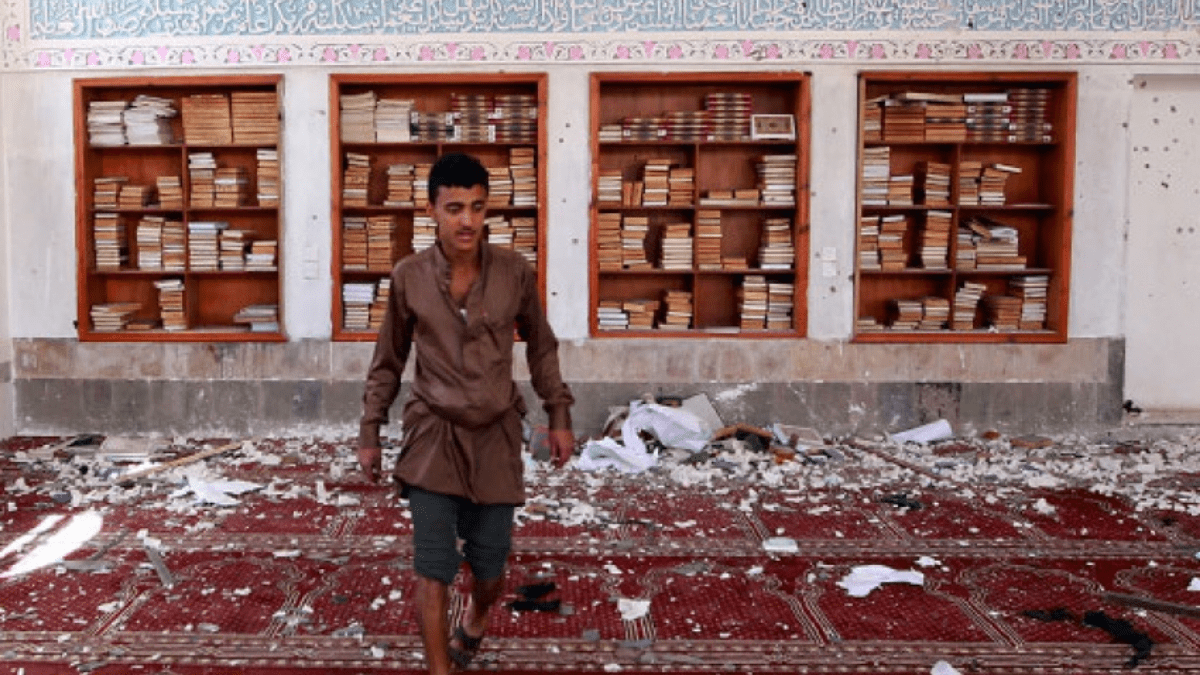 The following combat footage is believed to have taken place in either Iraq or Syria. It shows a Shia militia fighter spraypainting graffiti on a wall that reads “Aisha is in the (hell) fire”. This is in reference to the wife of the prophet Mohammed. Seconds after, he is hit by an RPG round and killed.

The footage provides an interesting aspect of the divide between the two main Islamic sects of Sunni and Shia. In the form of the contrasting views on Aisha, who Sunni Muslims claim was the prophet Muhammad’s favorite wife. An opinion that is highly controversial for Shia Muslims.

Views on Aisha: The difference between Sunni and Shia

The difference between Sunni and Shia Muslims has led to violent clashes and sectarianism throughout history since the establishment of Islam. Today, it can be seen very clearly in Iraq and Syria. In both countries, the sectarianism is largely fuelled by the question of who is a true Muslim and which sect should dominate the Muslim world.

When it comes to Aisha, the Shia view on her is largely unfavorable. This stems from the actions of Aisha during the first civil war (Fitna) during the establishment of Islam and her alleged contempt for the family of Muhammed (Ahl al-Bayt). Aisha was politically involved in the life of Mohammed during the era and she came from a political family.

“Lebanon was at one time known as a nation that rose above sectarian hatred; Beirut was known as the Paris of the Middle East. All of that was blown apart by senseless religious wars, financed and exploited in part by those who sought power and wealth. If women had been in charge, would they have been more sensible? It’s a theory.”

Throughout Mohammed’s life, Aisha was said to have followed him on his various battle campaigns. Here she learned military techniques and skills such as initiating pre-war negotiations between combatants, conducting battles, and ending wars. This behavior, in the eyes of Shia Muslims, is not considered appropriate behavior. To top it all off, many Shia believes that it was Aisha that poisoned Muhammad and brought about his eventual demise.

Sunni Muslims, on the other hand, believe that Aisha was Muhammad’s second favorite wife after Hazrat Khadija bint Khuwaylid who was commonly known as Khadija. In the eyes of Sunni Muslims, Aisha is considered as the mother of the believers (Umm al-Mu’minin) and a rightful member of the family of Muhammad. In contrast to Shia testimony such as the poisoning, the Sunni hadith states that Muhammad saw Aisha in two dreams in which he was foretold that she would become his wife.

*Disclaimer – This article is a bipartisan insight into sectarianism in the Middle East. We do not take either side of the Sunni and Shia divide. Instead, we are simply providing information on the devastating sectarianism that has ravaged the region in recent years.