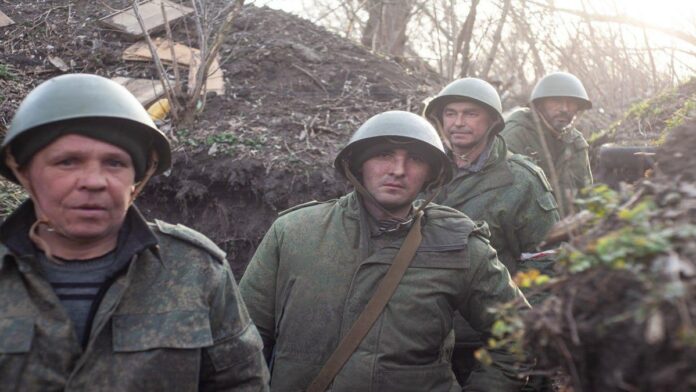 The Russian army has had serious issues with a lack of personnel during the last few months. Following the start of the Ukrainian offensive, this became obvious: there was no way to maintain control over the captured areas. A full-scale mobilization was thus required by Russia to make up for the losses and, more significantly, organizational and structural weaknesses. When you have no other options to do a mission, you use an increasing number of general troops.

Notably, Russian media have consistently cited a paucity of infantry in their armed forces since the middle of the summer. And they were correct—you do need infantry to retain the ground. And based on the way things are going right now, they certainly lack the necessary number of foot soldiers.
However, it didn’t happen overnight. The russian army and Soviet military’s history is deeply entwined with this issue.

You might spot some intriguing trends if you consider the development of a typical soldier (or, better yet, a warrior). A ground soldier might depend more on his personal abilities one moment, and unit performance the next. When one imagines a medieval knight, they often visualize a highly skilled, Syrio-Forel grade warrior. He would rely more on his own fighting skills than anything else, although obviously he could not defeat a whole enemy army by himself. “Order beats class”, as they say, and the archer’s and pikeman’s strategies were devised to counteract this individualistic tendency.

And up until the middle of World War One, this approach was frequently used—the rifle served as an addition to the long bayonet. The situation started to change by the end of World War I, when the Germans developed small group tactics and found that well-trained, physically fit soldiers with a lot of grenades and automatic weapons could clear trenches more effectively than a whole battalion of mobilized men with long Gew.98 rifles.

Ironically, despite the fact that all the major powers had the ability to learn from more localized battles like the Spanish Civil War or the War in Finland, these strategies were not given the essential consideration in the years between the two world wars. The latter is an excellent example since it demonstrates how a smaller unit may defeat a much greater army without having a significant tactical advantage in heavy weapons.

Anyhow, even during World War II, more powerful nations treated infantry as one of the most straightforward military specialties. This is actually one of the terrible things about World War Two, which led to such high manpower losses.
And many nations have worked on this mistake. Not by the russian army, though.

The Soviet Army concentrated all of its military and industrial efforts on mechanizing tank and infantry battalions shortly after World War Two (and perhaps even a little earlier). The plan was to mimic German mechanization, which was thought to be the primary factor in the German offensive’s early-war success. The German army, however, was not significantly more mechanized than its rivals. The Wermacht’s core units were its regular infantry regiments. Although horses were still heavily used for transportation, trucks made up the majority of their equipment.

However, the Soviets cherished the notion of having every soldier “in armor.”
And they made the decision to go overboard. This initially proved to be fairly difficult. The Soviet army was forced to use mass-produced T-34 tanks from World War 2.
Early attempts at widespread mechanization did not go well; in the 1950s and 1960s, Soviet infantry was armed with the PT-76 “swimming tank” and “armored trucks” BTR-40, BTR-50, and BTR-152.

However, Soviet engineers developed a concept for infantry fighting vehicles that could be employed on a contemporary battlefield as industry continued to produce more and more tanks. The BMP-1 was the first actual infantry fighting vehicle that could take on both opposing tanks and infantry, hence they were successful. The idea of the IFV was created as a result of BMP-1.

The Soviet Army was entirely mechanized by the early 1970s. Additionally, it had more tanks and other vehicles than any other army in the world, making it the most mechanized force ever. But the Soviet army was the victim of a very cruel hoax.

The tactical difficulty with russian army

Almost every other post-World War II nation still placed a significant amount of reliance on a single infantryman as their military’s base unit. Through the Cold War and beyond, they developed their gear, armament, uniforms, and strategies. The Soviets favored a distinct strategy. First, the name changed; the word “infantry” was dropped. This branch of the military has been referred to as “Motor rifles” since 1957.

Now, there is practically no difference between a Soviet infantryman in the 1950s and one in the 1990s. Even if his outfit had advanced by this point, he continued to carry an AK, and his arsenal was unchanged. And by that, I mean that the helmet, webbing, and backpack remained the same.

You might believe that tools are not everything, and you would be right. However, strategies often determine the equipment that is employed and vice versa. Therefore, strategies and instruction were distinct. For example, a tactical maneuvering exercise for a British soldier would include mounted or dismounted maneuvers, target practice, and 10- to 20-mile marches.
A typical drill for a Soviet infantryman would involve riding inside an IFV or an APC and briefly dismounting. One would expect a Soviet soldier to rely on his truck. He was meant to load up from the vehicle because his gear could only handle four magazines and two grenades.

This issue is also evident if you refer to the Soviet tactical manuals. The 1938 “Infantry Fighting Statute,” a pre-war guidebook, is the most sophisticated. As well as describing various patrol strategies and movements, it actually goes into great length about how an infantry section and a platoon are expected to behave on the battlefield. In the years following the war, material on infantry tactics was typically divided between weapon manuals and the book “Tactics: platoon, section, tank.”

The problem is that they are essentially empty, as anyone who has ever opened one of these will know. The entire premise of these publications is for the infantry section to advance in support of a fighting vehicle towards the opposing trench. A few artworks are displayed on each of the three to four pages that make up chapters like “Fighting in the Urban Environment.”

A typical infantryman was not regarded as a valued asset by Soviet doctrine. This pattern has persisted up to this day. However, this philosophy has a logical justification. Since the start of the twenty-first century, military technology has begun to advance far more quickly than the general population’s level of education. The Soviet Army purposefully added more trained personnel to its technical and support regiments, including those in maintenance, artillery, and communication.
If you joined an infantry regiment, you would have to spend one year less before graduation, even to become an officer!

Until the Cold War, this idea was essentially good. The younger generation of the Soviet populace had advanced education by the 1960s, making it simple to locate qualified candidates for technical professions. It takes time to teach a radio operator or an aviation mechanic, but these are not the kinds of jobs that need for curriculum. However, you need a special kind of person when the task is to destroy a tank that is only 250 yards away as all different kinds of projectiles fly just above your head.

These courageous individuals are rare, and deploying them as human shields would be cruel to both them and the military apparatus as a whole. Additionally, you must make sure that these individuals are extremely educated and trained to function under conditions of constant stress and danger if you want to maximize their likelihood of survival. And you simply cannot create anything like this out of thin air; such a framework must be built up through many generations of servicemen.

Since 1945, russian army have been involved in other conflicts besides the one they are currently engaged in with Ukraine. The wars in Afghanistan and Chechnya were both protracted and draining. There was a lot to be learnt, examined, and analyzed by the light infantry’s significant role in both conflicts.
It wasn’t, though. Everything remained the same in the Soviet and Russian army, including minor adjustments like making better webbings and doctrinal revisions. There was no desire for improvement or change.

The result is that the Russian army lacks sufficient numbers of motivated, highly trained, and educated foot soldiers. It appears that they never actually possessed a sizable light infantry force. It’s possible that “special” units like the GRU, FSB, and VDV recons supported this at the beginning of the conflict, but it’s safe to say that Russian special forces suffered heavy losses as a result of the number of officers from these units who are now dead and the quantity of “special” small arms that Ukrainian forces were able to seize.

More on this topic:
Humvee takes a direct hit from a russian tank (and survives!)
Gorka Suit – A Russian Army Costume of Modern Warfare
An Interview With a British Fighter in Donbass – Cossack Gundi